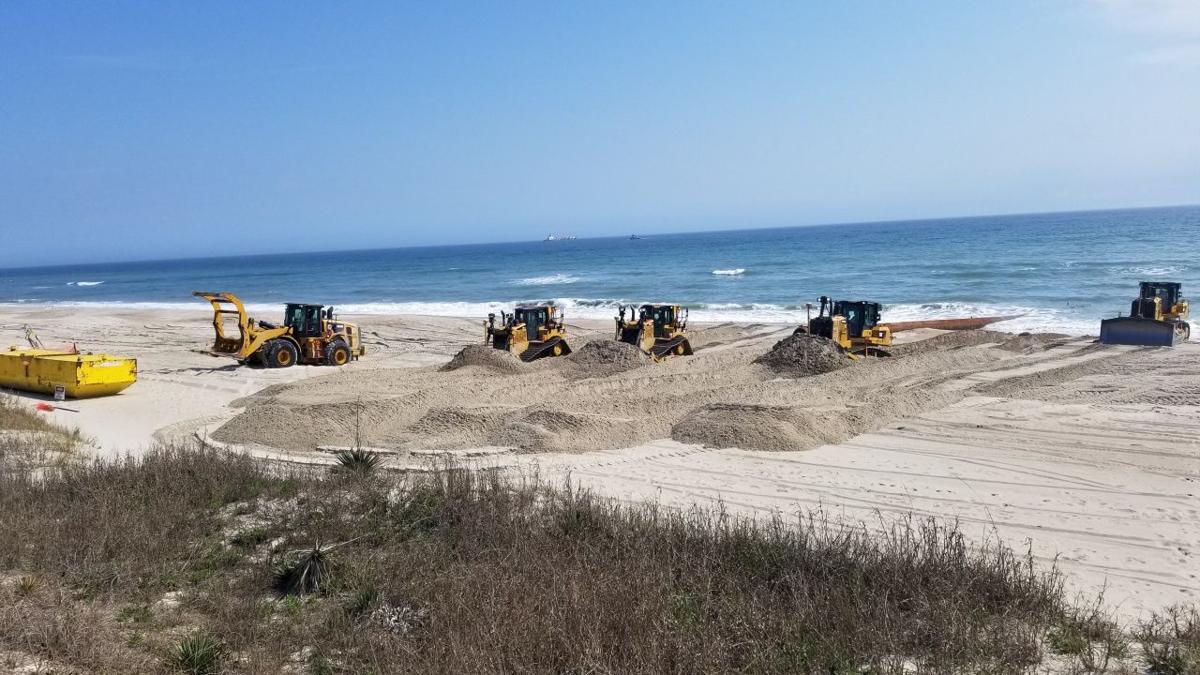 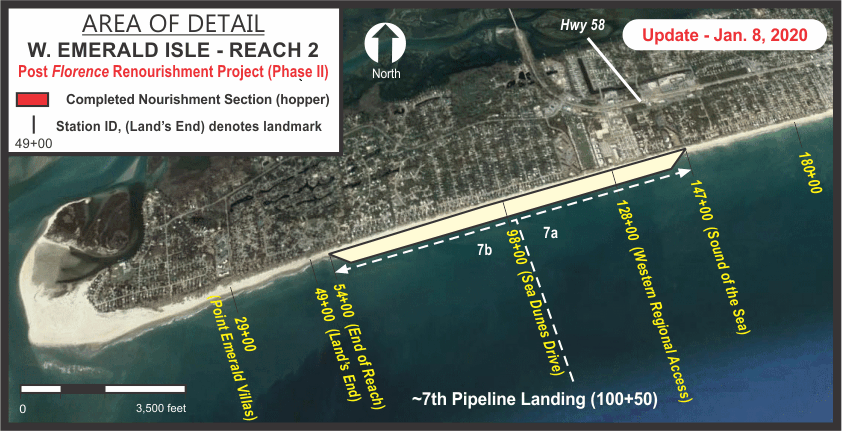 This Carteret County Shore Protection Office graphic shows the area of Emerald Isle set to get beach nourishment during the second and third weeks of April, barring unforeseen circumstances.

This Carteret County Shore Protection Office graphic shows the area of Emerald Isle set to get beach nourishment during the second and third weeks of April, barring unforeseen circumstances.

Greg Rudolph, manager of the Carteret County Shore Protection Office, said Monday the Liberty Island and Ellis Island – the largest hopper dredge in the United States – “have been working in tandem since the Ellis Island arrived this past Thursday, March 19.”

The Liberty Island had been on the job since work started Feb. 8.

“The Liberty Island has been tremendously productive and we’re sorry to see her leave,” Mr. Rudolph said, “but we’re pleased the Ellis Island is here to complete the project.

“(The vessel) is perfectly suited for the longer distances between the borrow source (off Atlantic Beach) and the farthest west reaches of the project, Salter Path and West Emerald Isle.”

Both dredges are owned and operated by Great Lakes Dredge and Dock Co. of Illinois, the contractor.

Until the Liberty Island left Tuesday morning, the vessel and the Ellis Island had generally been pumping sand through a submerged pipeline near the Whaler Inn in Pine Knoll Shores and had been adding sand toward the west.  Sometimes the dredging cycles have coincided, and to avoid waiting on each other at that line, the Liberty Island has sometimes sailed to a line farther west and begun pumping sand back to the east.

Mr. Rudolph said the Pine Knoll Shores work could be complete during the first week of April, and the small section of Salter Path could be nearly complete that week, too.

“The second week in April through the third week of April includes the start and completion of western Emerald Isle,” Mr. Rudolph said.

The Liberty Island has a capacity of about 6,500 cubic yards of sand, while the Ellis Island’s capacity is about 15,000 cubic yards.