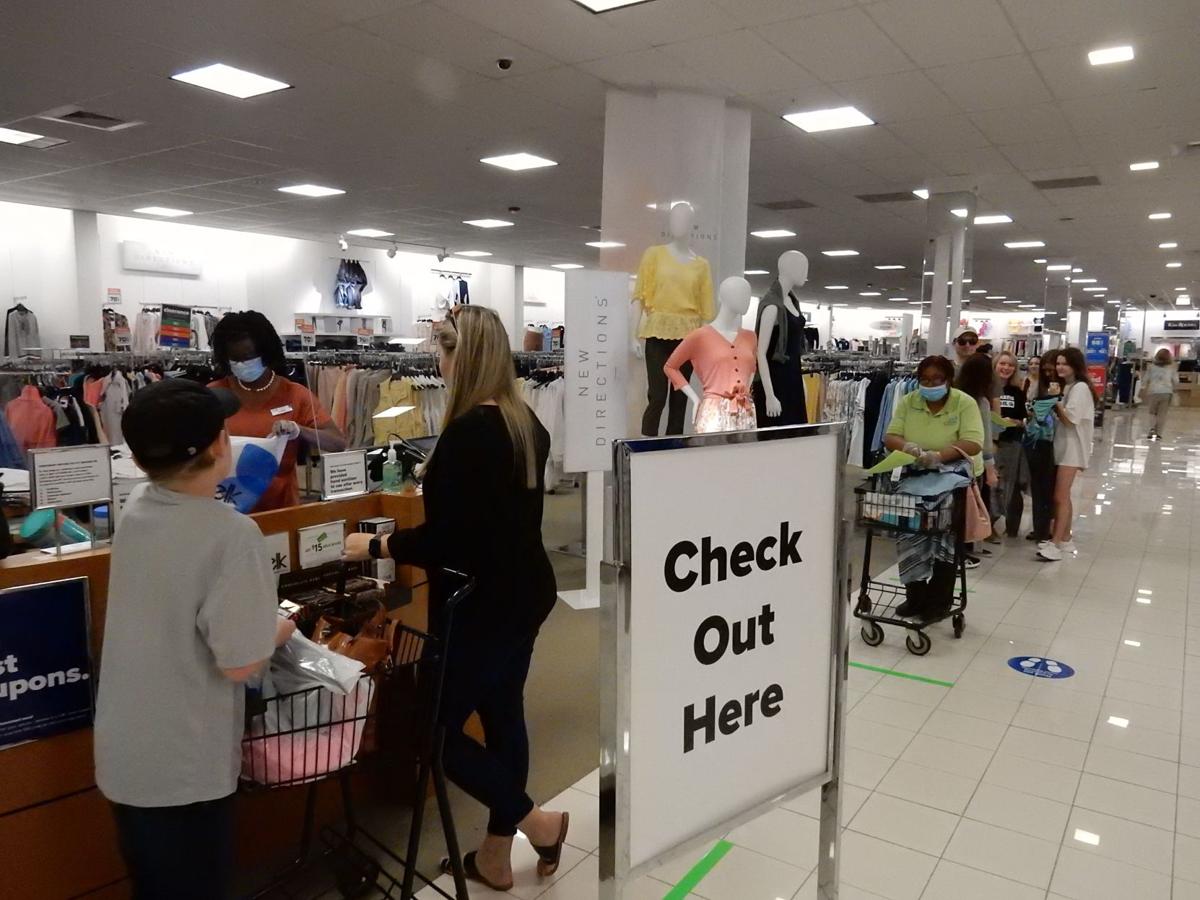 Customers line up at the register Monday in Belk of Morehead City, which opened its doors at noon. (Mike Shutak photo) 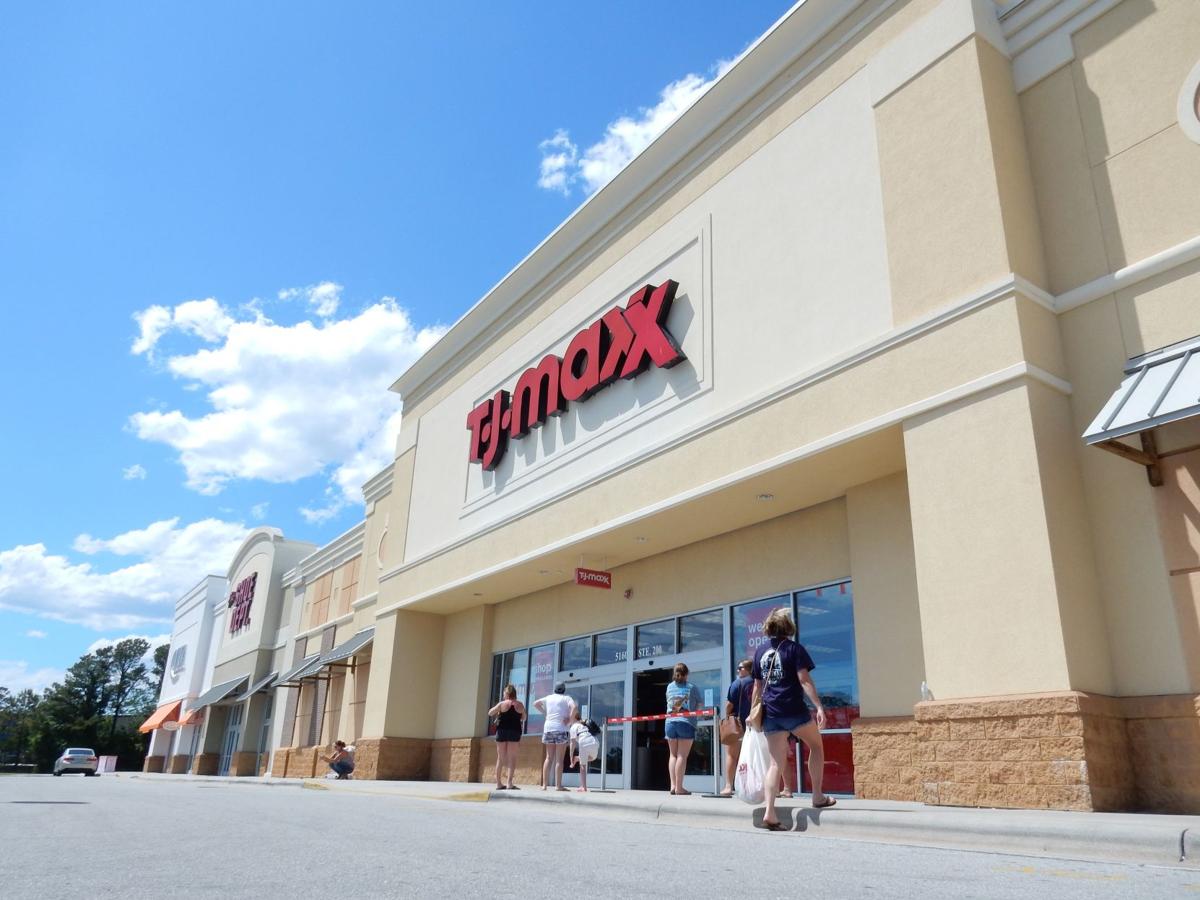 Customers line up on the sidewalk Monday afternoon outside T.J. Maxx of Morehead City, which reopened its doors that day. (Mike Shutak photo)

MOREHEAD CITY — With state officials easing up the on novel coronavirus-related restrictions, local stores are beginning to reopen their doors.

“We had people waiting at their cars and on the sidewalk,” he said. “Our customers are really flocking across the store.”

Cynthia Hayes of Tarboro, who said she was staying in Atlantic Beach, was among those shopping at Belk Monday afternoon.

“I heard they were going to start opening some businesses, so I took a chance and came here,” she said. “I’ve missed Belk and the other stores being open.”

Mr. Hamlin said as of Monday, his store is open daily from noon to 6 p.m.

Similar to other businesses that have been allowed to stay open during the outbreak, Belk of Morehead City has stickers on the floor reminding people to maintain social distancing, as well as marked places for customers to wait while in line for registers.

Over at T.J. Maxx, store employees Monday were keeping careful count of how many customers were in the store at one time, limiting the number of shoppers.

People lined up to wait their turn on the sidewalk outside. A sign posted in the window said temporary store hours were from 10 a.m. to 7 p.m. Monday through Saturday and 11 a.m. to 7 p.m. Sunday.

It can't help but be noticed that only the clerk and one shopper are wearing masks.

I was driving through Kinston today and visited a well known sports shop. I was wearing a mask while there. Most customers did not. However every employee wore some face covering. Thanks for that store for being considerate to customers. Too bad many shoppers did not really care enough. It does help all involved if wearing a little mask in public if it could possible a life.

Wearing a mask is for the safety, courtesy and respect for others.

One can also suppose that people who are insecure about being in crowds may want to not risk going out, much less travel around EASTERN NC? ps. if you all assume that the 'government' is keeping you all safe, well, i have to ask you all, 'HOW'S THAT WORKING FOR YOU'? <-------- OOPS..... [ninja]

DB (lol), I certainly never relied on the government to take care of me. I won’t put my life on either side of aisle. I will adjust my lifestyle to limit my exposure to this pandemic.