The National Weather Service’s Newport office reported a coastal low pressure system moving through Carteret County Sunday through Monday, resulting in intermittent rainfall and strong winds. This caused road closures on the waterfronts of Morehead City and Beaufort Monday morning due to flooding.

Beaufort Police Sgt. Dennis Hendricks said in a Monday morning interview with the News-Times that Front Street in Beaufort was flooded from Orange Street to Sea View Street. As a result, that section of Front Street was closed from around 9:30 a.m. to 10:45 a.m. Monday.

According to Sgt. Hendricks, this sort of road flooding isn’t unusual on the Beaufort waterfront.

“Every time the tide gets high, it (the water) gets up there,” he said. “It depends on the tide and the wind.”

Meanwhile, the NWS Newport office received an early morning report of a road closure in Morehead City. NWS meteorologist Ryan Fucheck said Monday the office received a report at about 9:36 a.m. that Shepard Street on the Morehead City waterfront was closed from 4th Street to 12th Street. The street remained closed for part of the day while the water receded.

Morehead City officials also reported damage to the municipal docks on the waterfront. Officials said Monday morning before a full assessment the damage was “as bad as Florence,” referring to Hurricane Florence, which hit Carteret County in September 2018. 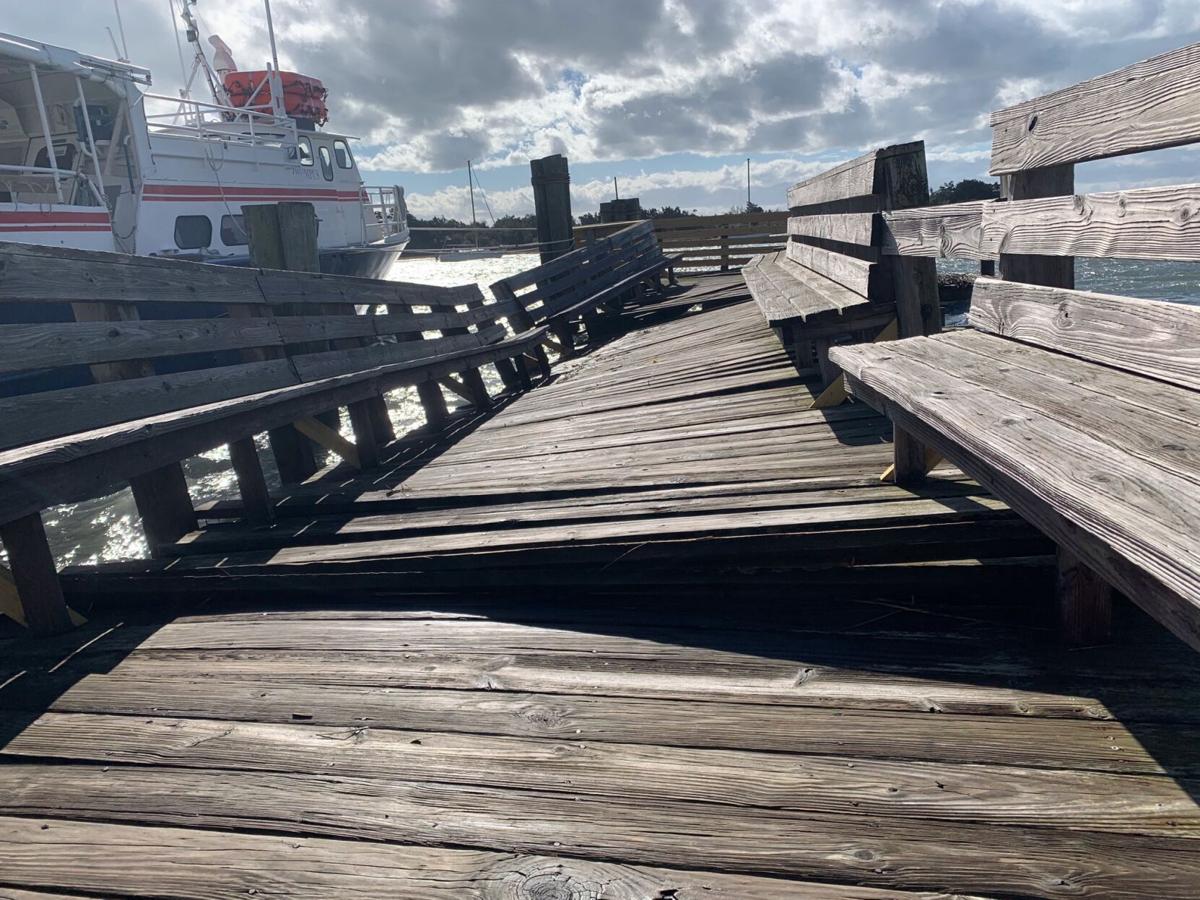 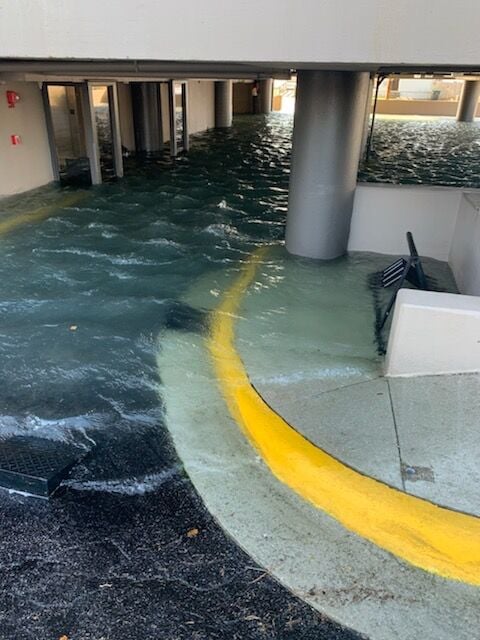 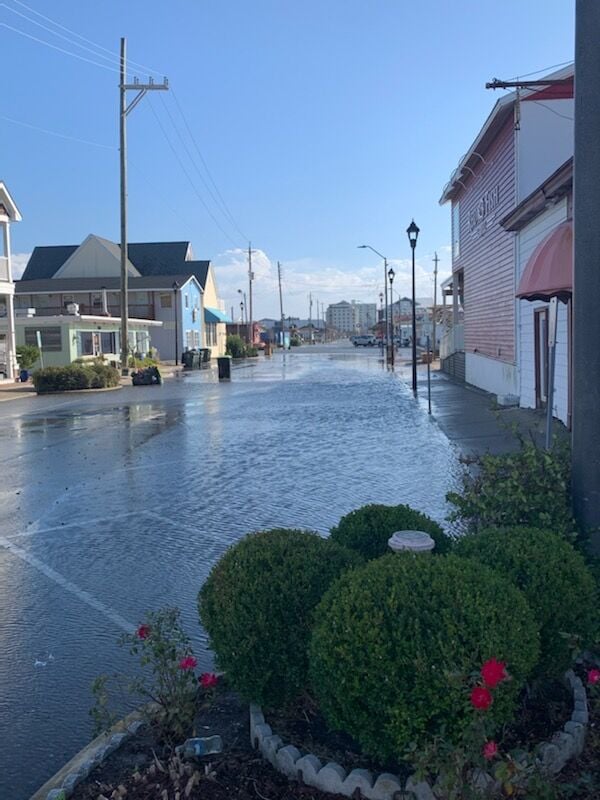 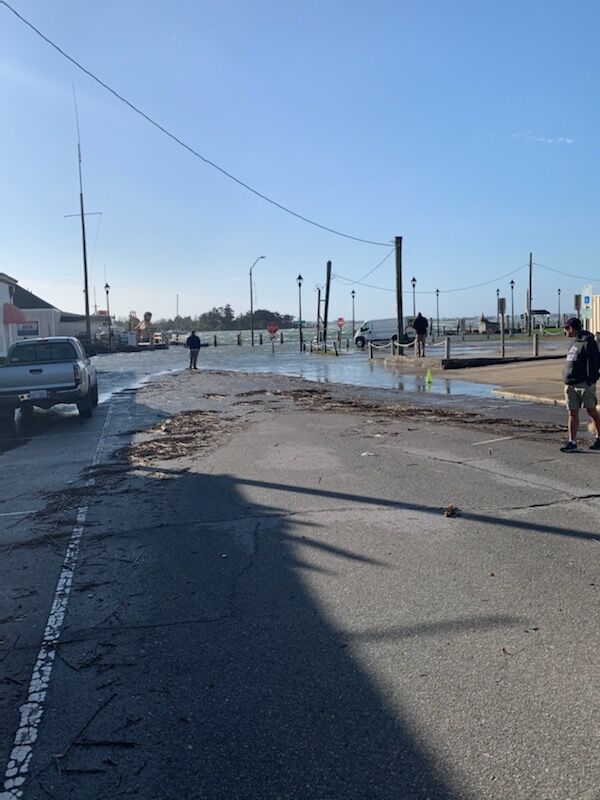 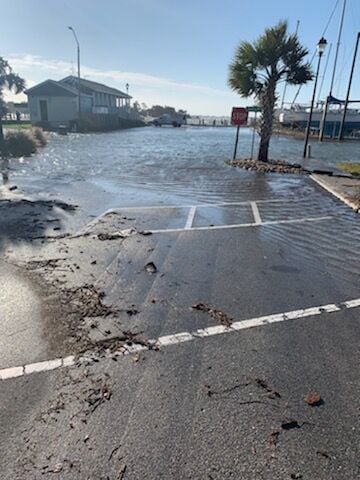 GALLERY: Flooding in and around Morehead City from storm Jan 3

The weather service forecasts calmer conditions for the remainder of the week. Mr. Fucheck said light showers are possible over the next few days, with the highest chances on Thursday and Friday, but no significant accumulation is expected.

“We have a weak cold front moving through (Carteret County),” he said. “It (the weather) looks to remain much calmer for the next few days.

This a factual report.Its not climate change we face,its over residential building and development.From 4th st to 12th st.after seeing this preliminary report why does the city keep issuing building permits on the sound side of shepard st from 10st east on to the shopping area?

This is NOT climate change. You can ask Capt Otis, Capt Bill and Capt Tony and all of them would tell you that December flooding from small winter lows was common event? They would say that, wouldn't they, if they were alive? And the street flooding during the spring tides is nothing new? They'd say that too, wouldn't they? I hope they'd say that, if they were alive, you know. Cause none of us believe that climate change is happening so there can't be more flooding than there was in the 1950s, can there? The massive new condo complex on the western waterfront would have been on an island yesterday at the peak of the flooding, completely surrounded by shallow water. The below grade parking lot at the Bask Hotel, just across the street, filled with salt water. Bring your wading boots, boys.

Those events in winter are nor easters.They (in my humble opinion) occur frequently.I think maybe Capt Otis would know Mother nature is in control of our environmental destiny.Dont build too close to the sound.Mother may meet you at your door.

We are having higher tides and much more of them than I can ever remember.I'm in my late 60's and have lived on the water all of my life.My yard has been under the last 3 days.A couple of months ago it was 4 days of it and the tides were higher then than now.Deny it all you want but I know its getting higher and MUCH more often.

Down here in onslow we have had the usual winter wind driven water levels . Nothing much to write home about and certainly nothing to lose sleep over . The exception would be those that have chosen to tempt fate by building on low lands prone to flooding . Oh , your real estate agent failed to mention flooding ? Did you ask ? Buyer beware , true back then , truer than ever now .

Seldom flooded before then something has changed . Weather patterns are all over the place but when things do calm down what you see is what it is . We have seen no changes other than more development and far fewer trees .