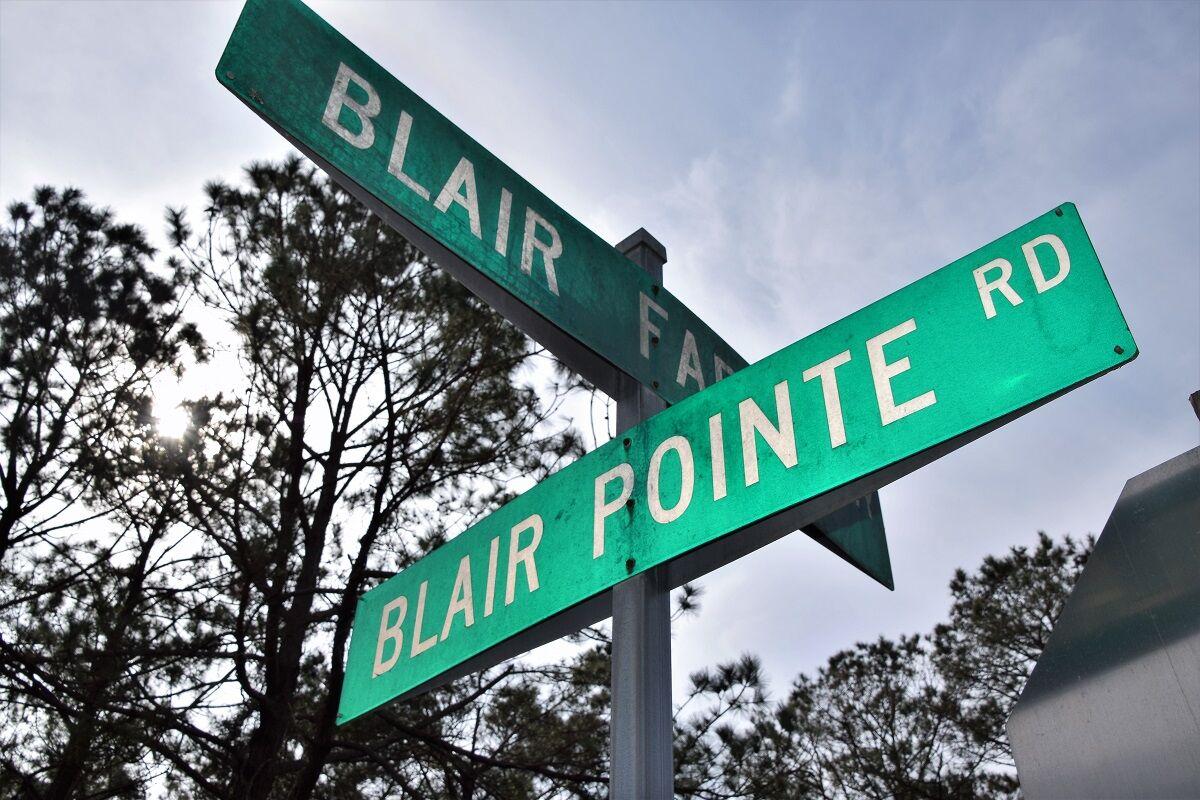 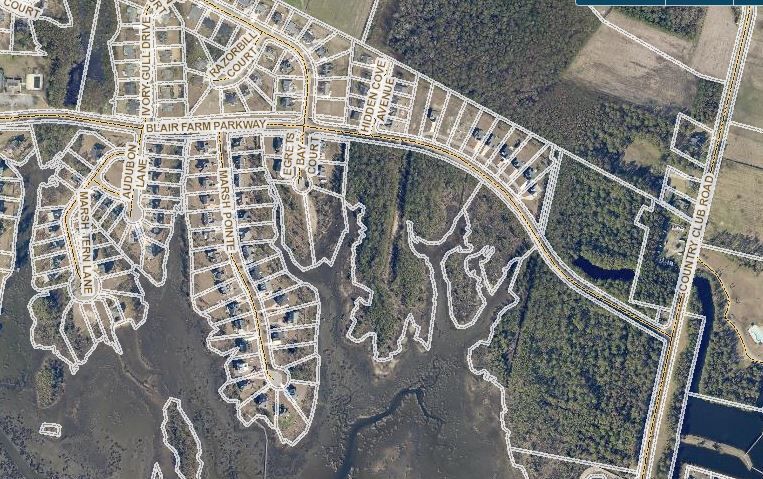 A superior court judge will decide next month whether to remove a conservation deed on more than 12 acres of undeveloped land off Blair Farm Parkway in Morehead City. (Carteret County GIS map)

MOREHEAD CITY — A superior court judge will decide whether a conservation deed restriction on more than a dozen acres of land in Morehead City should be removed so the property may be developed after the land owner and state attorney general’s office could not reach a settlement agreement in mediation.

Beverly Pham of Morehead City contends the 12.6 acres of property her husband purchased at an auction in January 2016 is exempt from the conservation deed because the land was sold in tax foreclosure.

Ms. Pham filed a civil case in Carteret County Superior Court in early 2019 seeking a court declaration, arguing the conservation restriction placed on the land is no longer effective because of the foreclosure.

The property was foreclosed upon after nearly $14,000 in county property taxes had gone unpaid between 2006 and 2014, according to court documents.

Mediation between the parties, including the state attorney general’s office, was held in August, according to a written update Special Deputy Attorney General Mary Lucasse recently provided to the N.C. Coastal Resources Commission.

N.C. Department of Justice Communications Director Laura Brewer confirmed in an email that a settlement agreement was not reached in mediation.

“The parties agreed to submit motions for summary judgment to the judge if mediation was not successful,” she said.

The parties will file those motions a month before trial, scheduled for Monday, Oct. 26. The motions could put an end to legal proceedings if the judge grants a summary judgment in favor of either party.

The issue stretches back to 2003, when a Morehead City developer donated the land to a nonprofit organization to satisfy wetland mitigation requirements.

He donated the property to Coastal Hunting Land Group in December 2003 with the intent it be used for conservation purposes as defined by federal tax codes, according to an earlier report in Coastal Review Online.

The founder of that nonprofit organization died without completing the process to exempt the property from local taxes.

Mr. Horton’s company received tax credits for the donation until the North Carolina General Assembly in 2013 repealed the program that permitted those credits.

About three years later, Ms. Pham’s husband, Andy Nguyen, bought the property in an upset bid for nearly $45,000 in a county tax foreclosure auction. His bid was a little more than $2,000 over the high bid made by Morehead City and the county, which wanted to conserve the property and use it for a park with water access to Calico Bay.

The state Division of Coastal Management determined the land had conservation value.

Ms. Pham has said she will not agree to sell the land to a conservation group as long as deed restrictions remain on the property.

1996: Blair Pointe LLC is formed to develop the Blair Farms residential subdivision in the Crab Point area of Morehead City.

2009-2010: Morehead City officials hold several closed-session meetings to discuss purchasing the donated property from Coastal Hunting Land Group and later from the county for use as a park and for conservation purposes.

2011: City attorney Derek Taylor advises Morehead City Council members that condemnation process is necessary for city to get clear title to property if purchased from the county. Council gives Mr. Taylor approval to request the county proceed with foreclosure.

Jan. 25, 2016: Andy Nguyen submits $44,742 upset bid for the property on the last day possible and transfers interest in the property to his wife, Beverly Pham.

March 2019: Attorney General Josh Stein enters a motion to intervene in the case on behalf of the defendants, contending the public’s interest in the property was not voided by the sale of the property and the attorney general is the appropriate party to protect the public’s rights.

August 2020: Parties to case fail to reach agreement during mediation.

September 2020: Parties expected to file motions for summary judgment a month before trial scheduled for Oct. 26.

This story first appeared in Coastal Review Online, the news service of the N.C. Coastal Federation. It is reprinted here as part of a reporting partnership to bring quality environmental news to the Crystal Coast.

The land should be left alone. Conserve it. We dont need more houses built to run the wild life out .

Note to the author there is a feature on GIS site to highlight specific parcels.

Beach. I don’t disagree with you but there’s big money at stake and i will be surprised if houses aren’t built.

Easements travel with the land , not owners . Do they not ?

They will keep it up until the whole county is under water every time it rains. I love animals as much as the next person but I also like not having my home, yard, and all the roads under water when it rains. Do a simple internet search for flooding and development. You'll see the "conservation" might be your own.

So crazy that this is even allowed! Where are all of the conservation people who should be protecting the wetlands now? Crazy that they are there when it comes to changing fishing laws, but seem to be ok with overdevelopment of this area and all of its wetlands. We live in Newport & are already seeing HUGE amounts of coyotes and wildlife coming into our neighborhood, pushed here by the bypass.