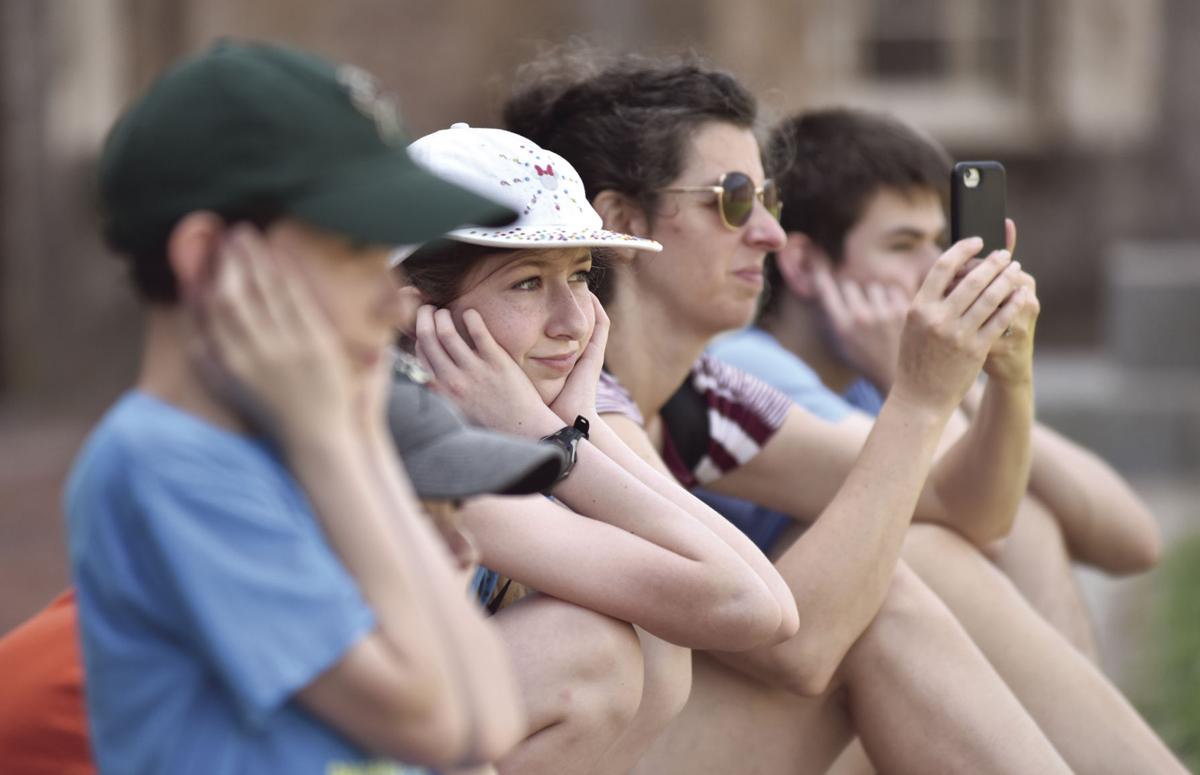 The Rehder family, from left, Caleb, Silas, Miriam, Emily and Ethan of Summerfield cover their ears Saturday during a rifle demonstration in the historic fort at Fort Macon State Park on Bogue Banks. (Dylan Ray photo) 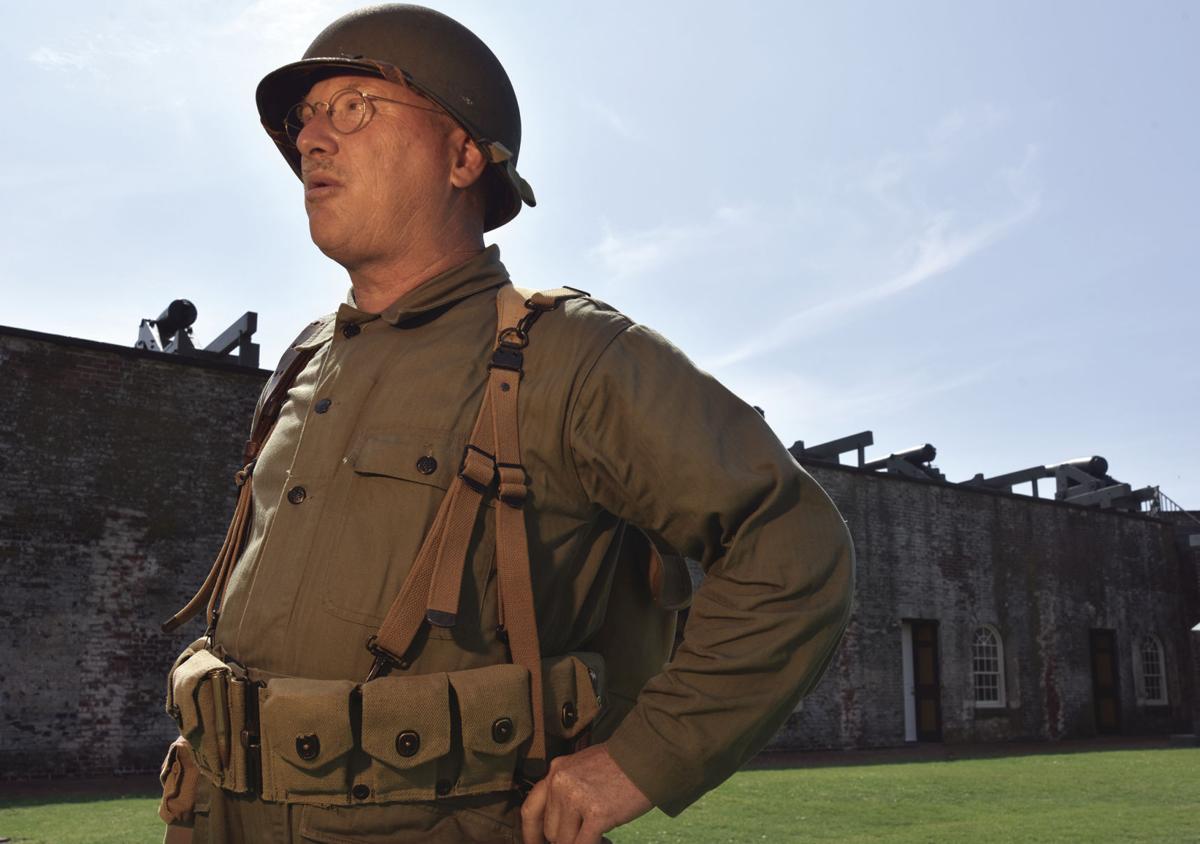 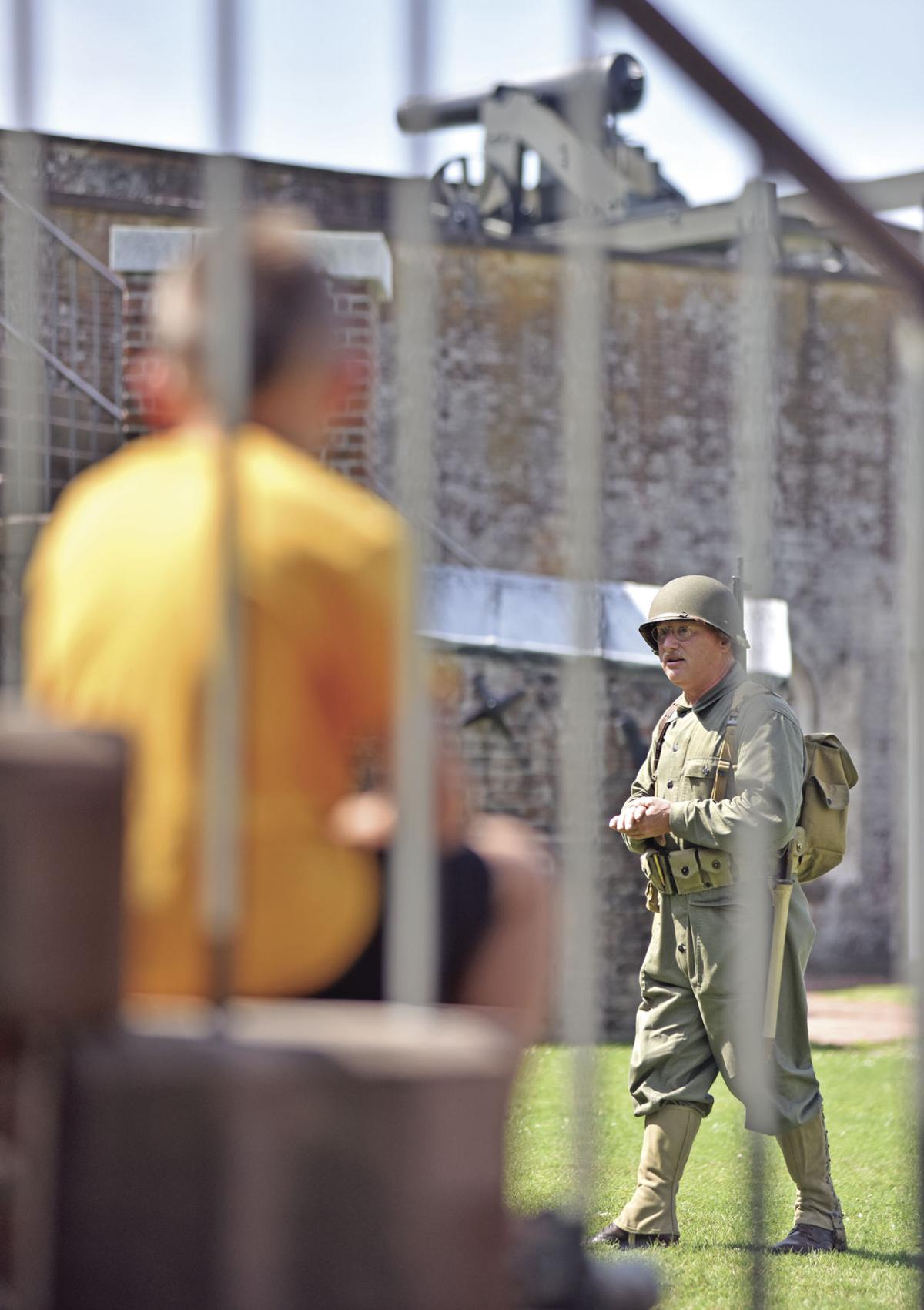 The Rehder family, from left, Caleb, Silas, Miriam, Emily and Ethan of Summerfield cover their ears Saturday during a rifle demonstration in the historic fort at Fort Macon State Park on Bogue Banks. (Dylan Ray photo)

ATLANTIC BEACH — Summer is heating up around the Crystal Coast, and there is no shortage of activities to keep visitors and locals busy.

Fort Macon State Park hosts events throughout the summer to entertain and inform the masses.

“Our most popular programs tend to be the ones where we shoot the cannons,” park ranger Paul Terry said. “We do this every Wednesday at 4pm in the summer months and have a cannon day about once a month in the summer normally on Saturdays.”

Saturday’s big lesson was a weapon-firing demonstration. The demonstration was held at 10:30 a.m. and again at 2:30 p.m.

Those who attended the demonstrations learned about a World War II rifle’s history, as well as it’s loading procedures and firing.

Fort Macon volunteer Mark Greiner, dressed in a full World War II work uniform, provided visitors a little history on the fort, as well as his rifle, the M1 Garand.

Mr. Greiner told the crowd the fort was occupied in many different wars, not just the Civil War. It was also occupied during the Spanish-American War and World War II, he noted.

“The whole purpose of Fort Macon being here was to protect Beaufort Harbor,” he said.

When the state purchased the fort in 1924, Fort Macon became the second state park. Mr. Greiner said there is a clause in the agreement, however, should the federal government need to access the fort for military purposes.

He also provided information on the rifle.

“Every time you pulled the trigger, it fired another round,” Mr. Greiner said.

The rifle has the ability to fire eight rounds. When the last round is fired, the shell produces a “pinging” sound as it hits the ground.

“The rifle was one of the greatest advantages during the war,” he said.

Among those watching the rifle firing demonstration was Emily Rehder of Greensboro and her family.

Her second oldest son is attending a program at East Carolina University for the month, and the family decided to spend the weekend at the beach.

“We were interested in the fort and the history of it,” Ms. Rehder said.

She said she volunteers at a state park in Greensboro with her son, but the park focuses mainly on the American Revolution, so learning about Fort Macon’s history is a nice change of pace.

Many families like the Rehders will visit the fort over the summer, but Mr. Terry said visitation to the fort this summer has been lower than previous years.

Weather may play a factor in the numbers; however, the fort’s programming still seems popular.

“I haven’t noticed any change in the popularity of our programs,” he said. “The weather seems to be the biggest factor in how many people will show up to different events.”

As well as the cannon firings and musket firing demonstration, the fort hosts activities such as:

•    Flags of Fort Macon and the Confederacy, an opportunity for participants to learn about the flags used during the Civil War.

•    Jr. Ranger Day, a program in which the park’s youngest visitors work with a park ranger to earn their junior ranger patch.

•    Beach scavenger hunt, an opportunity for fort visitors to stroll on the beach with park rangers to see what they can find, ranging from driftwood, to sea glass and seashells.

•    Bird Hikes allows fort visitors to learn about the birds that can be found at the fort.

For more information about the activities at the fort, call 252-726-3775 or visit ncparks.gov/fort-macon-state-park.