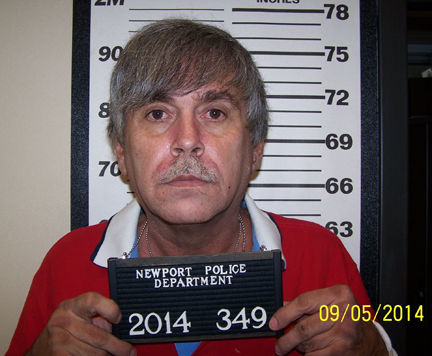 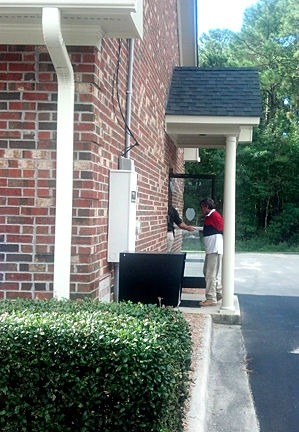 This story was updated Sept. 5 at 1:45 p.m. to reflect new information out of the Newport Police Department.
NEWPORT — A town man was arrested at the U.S. Post Office at 460 Howard Boulevard around 10 a.m. Friday after passing the clerk a note demanding money.
Frederick Alan King, 54, 821 Lot 2 Chatham Street has been charged by Newport police with common law robbery. The county magistrate is processing him and a bond has not been set.
The post office was open for business at the time of the incident and several other individuals were inside the main lobby.
According to a Newport police department release, Mr. King walked into the post office and presented a handwritten note to the postal employee at the counter.
Police said the note was very clear it was a robbery attempt and that Mr. King wanted $50. He also instructed the postal worker to call the police.
Chief Jeff Clark said that Officer Justin Ferrell was on scene within minutes and took Mr. King into custody as he exited the post office.
“Officer Ferrell’s quick response and immediate action once on scene certainly contributed to Mr. King being taken into custody immediately and prevented injuries,” Chief Clark said in the release.
Authorities said the U.S. Postal Inspection Service has been notified but has declined to take any immediate action.
Previous Report -

NEWPORT — Town police have a man in custody who they suspect attempted to rob the U.S. Postal Service office here Friday morning on Howard Boulevard.

Police Chief Jeff Clark told the News-Times the suspect is a middle-aged, white male who had no identification on him and no weapon has been recovered. He’s being held in the Newport Police Department until the U.S. Postal Inspector can arrive, as it would be a federal offense to attempt to rob a post office.

The suspect passed a note to a postal clerk that led that person to believe it was a robbery attempt, according to police.