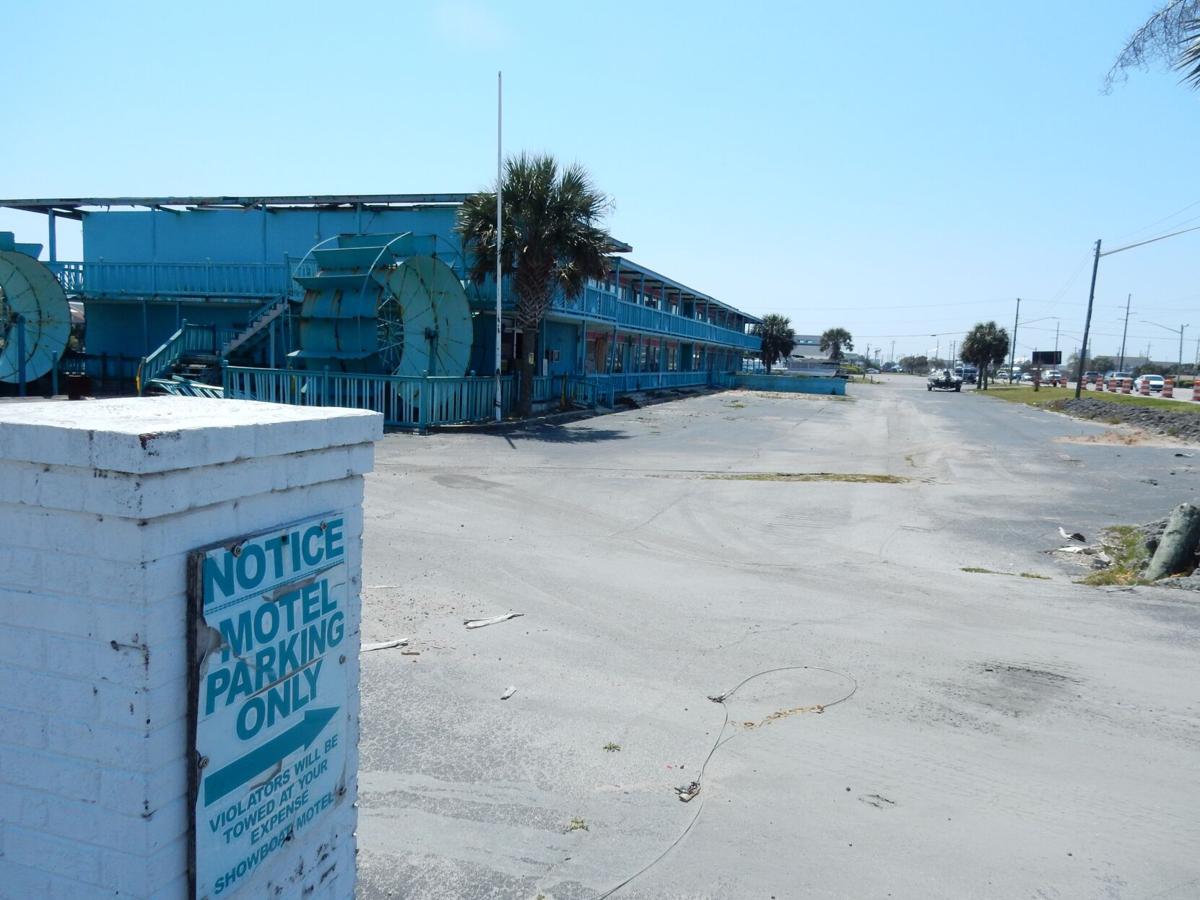 The former Showboat Motel sits next to the Atlantic Beach Causeway April 7. Redevelopers have successfully acquired a unified development ordinance amendment that will allow them to proceed with plans to redevelop the property for residential use. (Mike Shutak photo) 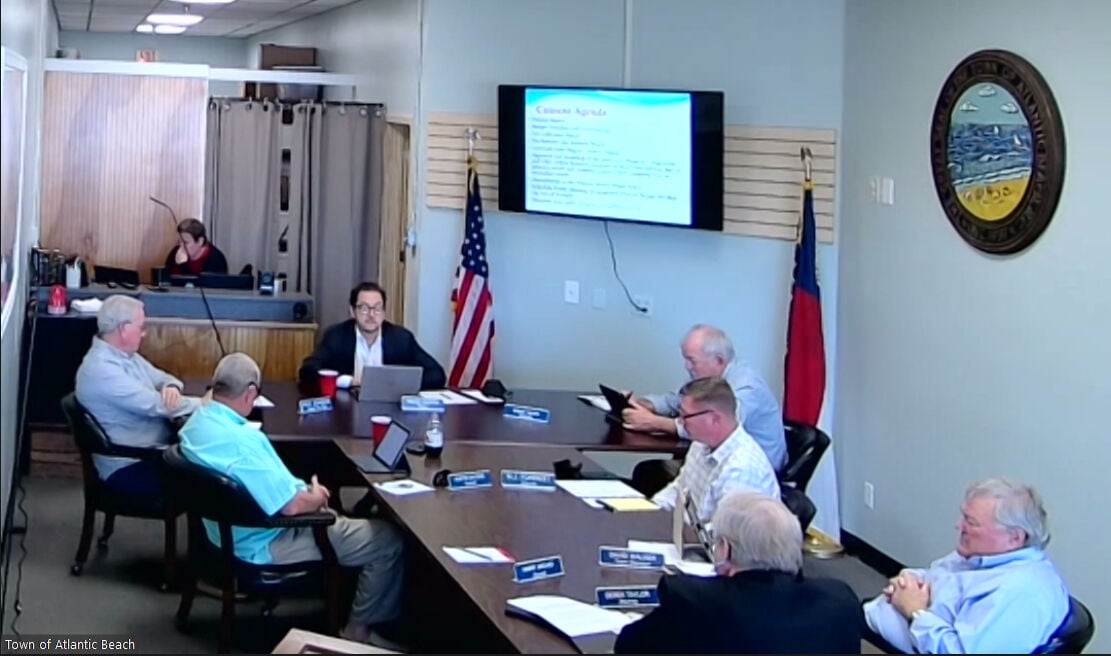 The town council met for its regular meeting Monday in the town hall meeting room on West Fort Macon Road. During the meeting, the council unanimously approved a unified development ordinance amendment which reduced side setbacks between lots in the COR (business corridor) district from 10 feet to 5 feet for single-family houses or duplexes.

Showboat Motel property owners and developers Scott McLaughlin and David Hicks requested the amendment to allow them to demolish the building and redevelop the lot.

Town planner Michelle Eitner said during Monday’s meeting the COR district includes all of the property along Atlantic Beach Causeway – the entrance to town from the Atlantic Beach high-rise bridge to Morehead City – and part of Fort Macon Road.

“While (the amendment) may benefit their development, it will affect other areas,” Ms. Eitner said. “I think it gives a little wiggle room (for residential development), but it doesn’t allow a free-for-all. It’s not going to overnight turn the area into a single-family neighborhood.”

The council also unanimously approved another UDO amendment Monday, this one requested by the Ocean Ridge Preservation Association to preserve the residential nature of the Ocean Ridge Drive neighborhood.

Mayor Trace Cooper said there’ve been some concerns voiced by the council that the amendment could affect areas outside the neighborhood. However, he said the latest draft addresses these concerns.

“What we’re talking about now is just roads connecting to Ocean Ridge,” he said.

Further proposed amendments are coming before the council in the future. At Monday’s meeting, the council unanimously scheduled a public hearing for the Monday, May 24 on a proposed zoning amendment to create a 1-foot freeboard requirement throughout town.

Freeboard is a height above a given area’s base flood elevation to which developers are required to build new or significantly improved structures. The planning board discussed the proposed freeboard at its April 6 meeting, during which members recommended denying the amendment to wait and see what changes state officials may make to flood zone maps.

The council also unanimously scheduled a public hearing for the May 24 meeting on a proposed zoning amendment to make additions to the town’s floodplain.

In other news at the meeting, the council unanimously approved a $203,428.50 bid from Aaron’s Grading and Paving of Jacksonville to pave 11 sections of town-owned streets.

Town manager David Walker said for the last 10 years, since adopting a stormwater improvement plan, the council has maintained the philosophy of pursuing stormwater drainage projects that will benefit the most residents. As of Monday, the town has completed about $2 million in such efforts since 2011, and small-scale improvement projects remain.

The council also received an update from parks and recreation director Morgan Gilbert on the proposed summer event schedule. Ms. Gilbert said officials plan to expand the Atlantic Beach Community Park’s hours of operation to 10 a.m. to 10 p.m. seven days a week beginning Saturday, May 15. The following Sunday, town officials will hold a family foam party at the park.

Movies at The Park will begin Friday, June 11. The Beach Music Festival week is scheduled for Aug. 2-7 and National Night Out is Tuesday, Aug. 3.

The council also unanimously approved the consent agenda for Monday’s meeting, including scheduling a public hearing on the proposed fiscal year 2021-22 budget for the May 24 council meeting and minutes from the Feb. 22 and March 22 council meetings and the Feb. 11 and March 11 council work sessions.