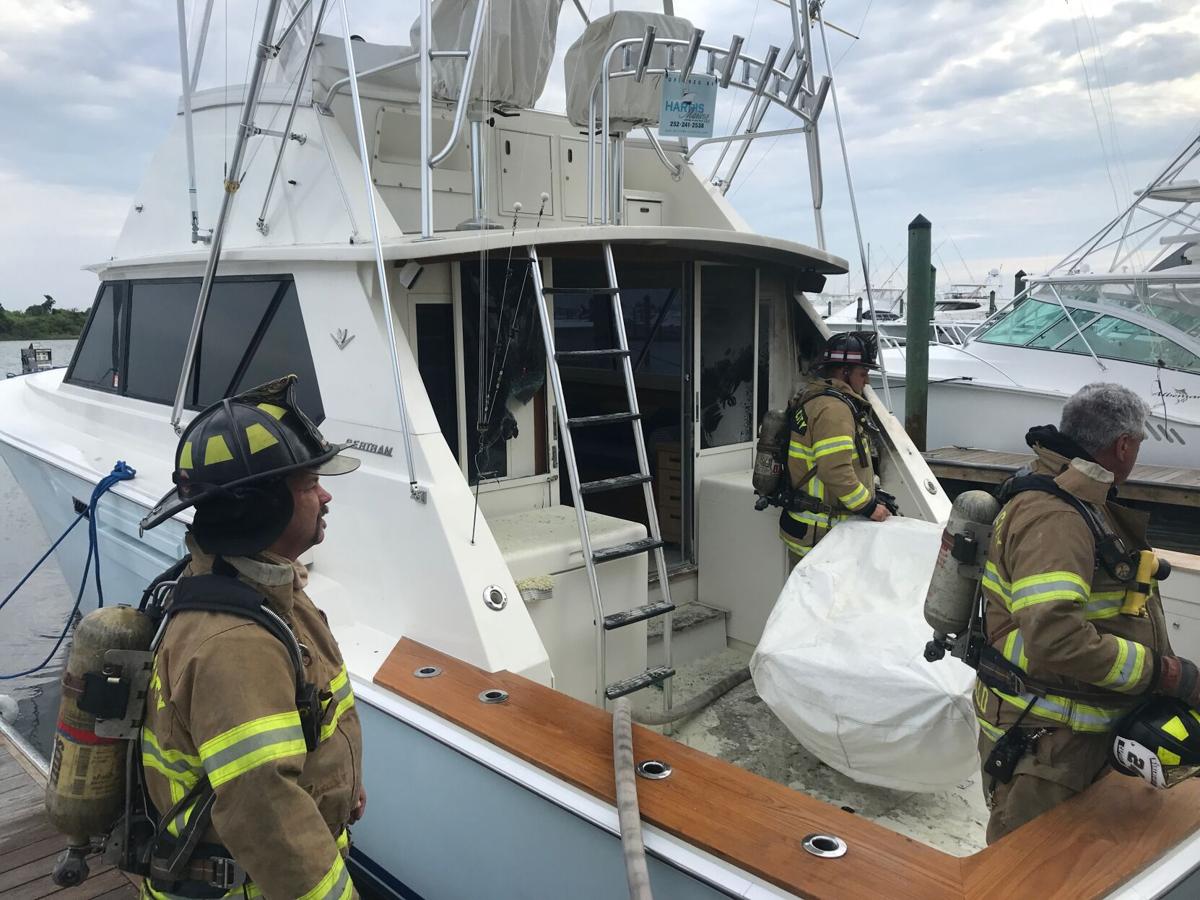 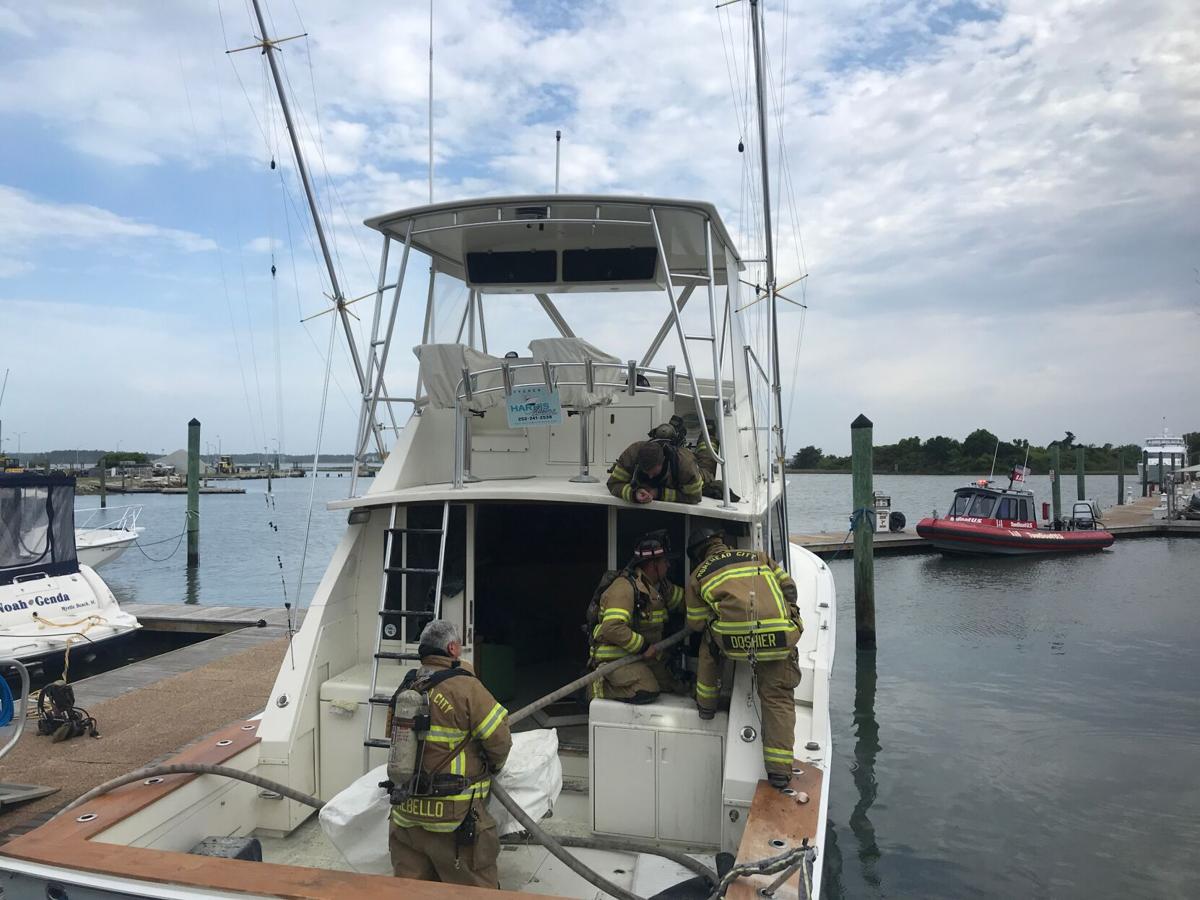 By about 9:25 a.m., crews had contained the fire and remained on scene monitoring the heat.

Ms. Proisy said there were no reported injuries.

Fire officials later determined the blaze was caused by an electrical malfunction in the area of the shore power connection on the boat, Ms. Proisy said. The boat has moderate damage and is being towed from the yacht basin to an alternate location.

Officials did not identify the owner of the boat, which is currently for sale through Harris Marine.