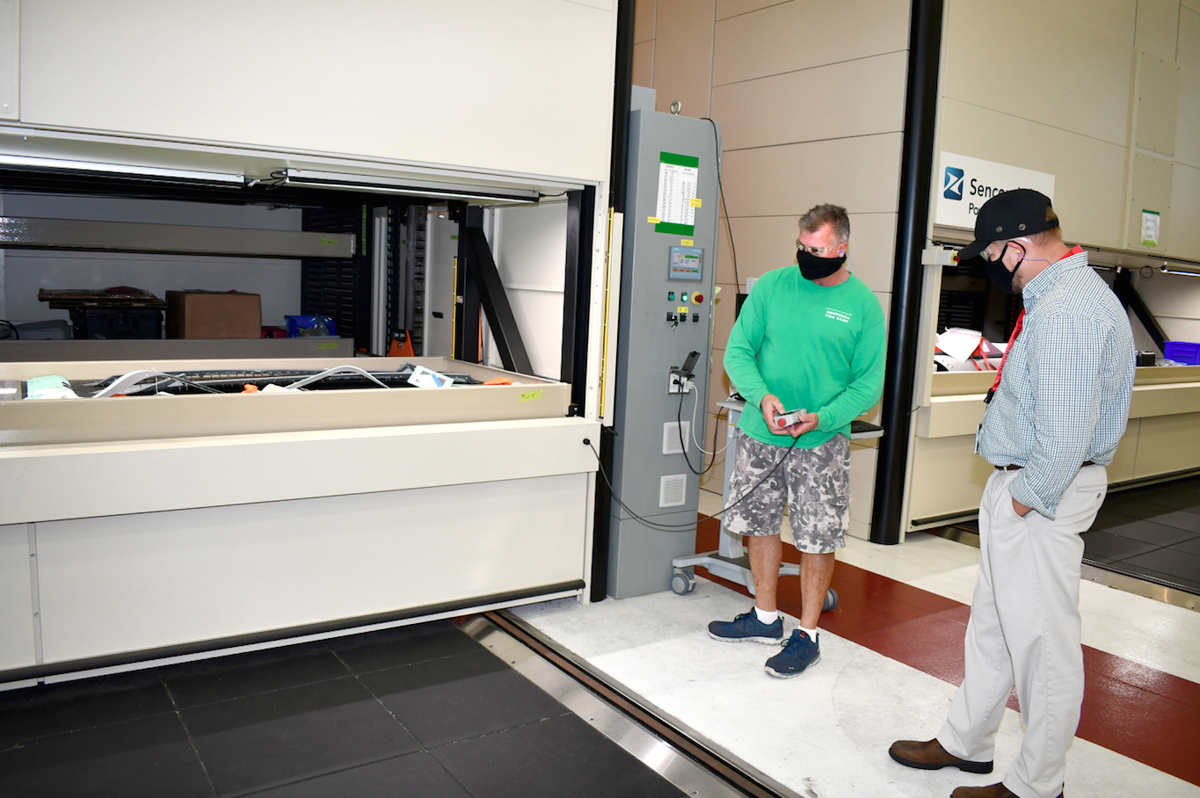 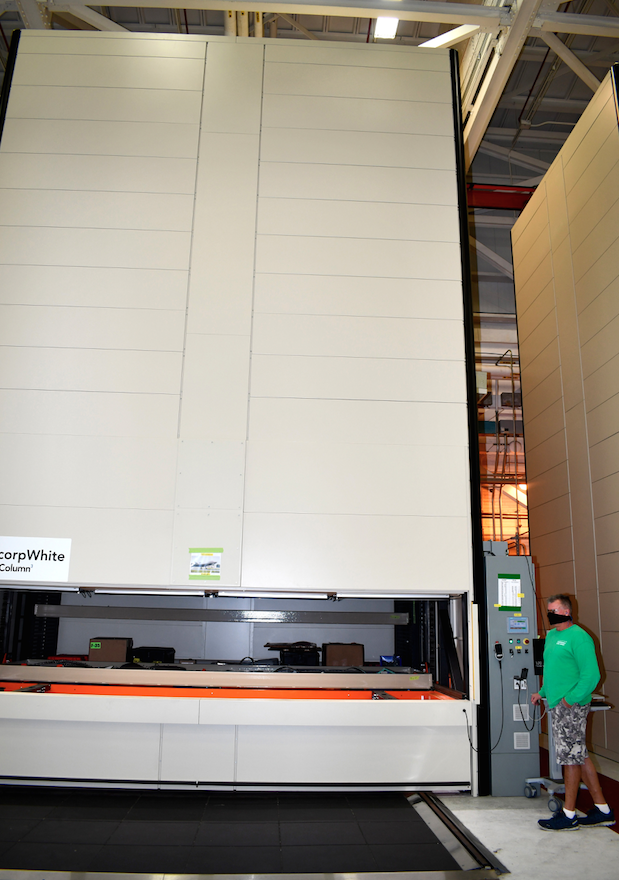 As part of remodeling efforts on the F-35 modification line, FRC East installed new vertical lift modules, also known as vertical stackers, to house aircraft parts and supplies. Collocated with each of the renovated modification bays, the system helps corral items that had been placed on carts and stands across the hangar area.

“It’s really cleaned up our hangar deck,” Wes Klor, supervisor on the F-35 modification line at FRC East, said. “All of the parts racks and wagons that were used to transport and temporarily store the parts, the A-frames that hold the common hardware – all of those things are gone. Everything is inside the stackers, which takes a lot of things off the floor.”

“If you look at any traditional aircraft maintenance space, there’s stuff all over the place: parts, storage, hardware, toolboxes,” he said. “It’s not ideal, but it’s necessary. We don’t have to deal with that to the same degree now.”

The stackers make good use of space that is often overlooked, said Ike Rettenmair, F-35 branch head at FRC East. Going up instead of out in search of storage solutions on the hangar deck is a new concept at the facility.

The stackers, Power Column 3 models produced by SencorpWhite, are the world’s largest vertical lift modules, according to the manufacturer. The systems each feature a welded frame, an integrated tray locating system and trays with a maximum load of up to 2,000 pounds each. Task managers and work leaders keep an inventory of which parts and hardware are stored in each tray, making it easy to quickly locate an item when it’s needed.

The modules each measure more than 12 feet wide by 20 feet tall and contain 28 trays set at varying heights, customized to the tray’s contents. This configuration allows the stackers to store parts and hardware large and small, with their locations documented in a database that is updated whenever items are added or removed.

Operators access the tray retrieval system using a touchpad on the front of the column, which sends the lift platform to the appropriate height to retrieve the correct tray and position it in the retrieval window. The operator can then move the tray clear of the column using the column’s pick and delivery mechanism.

Use of the stackers has produced such positive results that the possibility of using them in the remaining F-35 modification space is being considered.

Mr. Klor added he believes the bump in productivity is a direct result of the stackers providing a centralized location for everything the aircraft maintenance professionals need.

“I didn’t have any idea how beneficial they would be until we started using them, and now I’m a big proponent of these things,” he said.