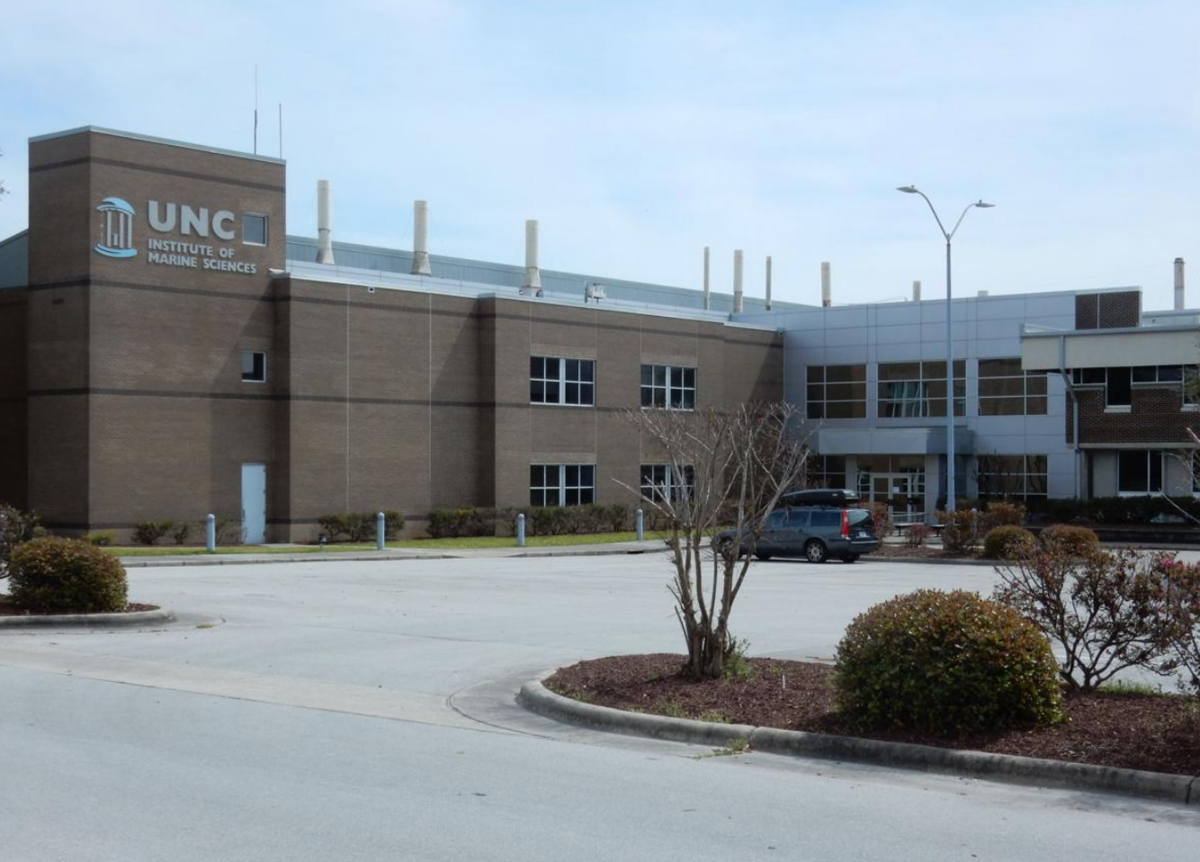 Faculty at the University of North Carolina's Institute for Marine Sciences in Morehead City, seen here in a file photo, have joined growing calls for the university's board of trustees to grant tenure to incoming Knight Chair in Race and Investigative Journalism and Pulitzer Prize-winner Nikole Hannah-Jones. (Mike Shutak photo) 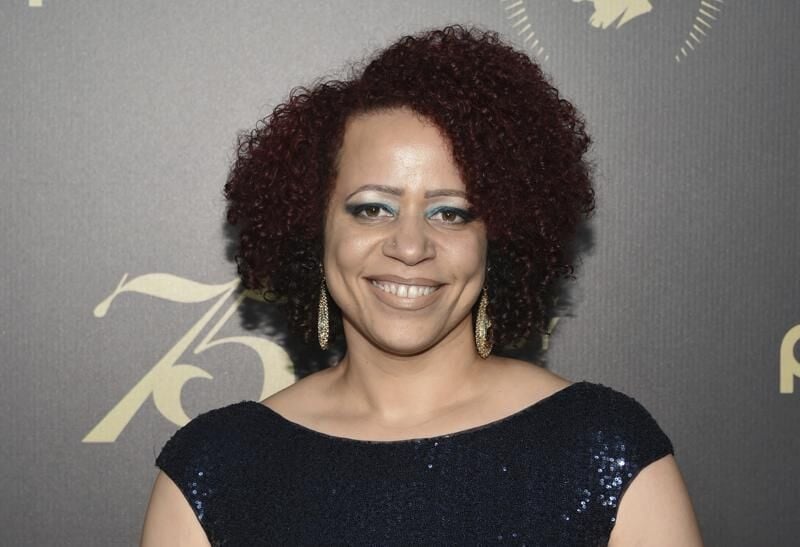 MOREHEAD CITY — Faculty with the University of North Carolina’s Institute of Marine Sciences have issued a statement in response to Monday reports university trustees will meet Wednesday to discuss and possibly vote on granting tenure to investigative journalist Nikole Hannah-Jones.

In a letter addressed to the UNC Board of Trustees and signed by multiple IMS professors and faculty members, the individuals urge the board “to immediately review and approve Nikole Hannah-Jones’ appointment as a tenured member at the University of North Carolina at Chapel Hill.

“We believe in the integrity of the tenure evaluation process as carried out by our colleagues in the Hussman School of Journalism and Media and at higher levels within our university,” the letter, released Monday afternoon, continues. “Maintaining this process as a rigorous and objective basis for promotion is an essential aspect of attracting and retaining an outstanding faculty. We are deeply concerned by the doubt this incident has cast on UNC’s commitments to an objective tenure process and to the principles of diversity, equity and inclusion.”

The letter is in response to news first reported by NC Policy Watch Monday regarding the upcoming board of trustees meeting. According to The Associated Press, a news release from UNC did not mention the subject to be discussed in Wednesday's meeting. However, NC Policy Watch said trustees would vote on whether to grant tenure to Ms. Hannah-Jones, who won a Pulitzer Prize for her work on the 1619 Project examining the bitter legacy of slavery. The publication cited two unidentified people who it says are directly involved in the process.

When asked by AP for comment, the school responded with a copy of the news release.

A decision by trustees earlier this year not to grant tenure to Ms. Hannah-Jones, even though it had been given to those who preceded her as the Knight Chair in Race and Investigative Journalism, sparked a torrent of criticism from within the community, the AP reports.

The dispute also revealed frustrations over the university's failure to answer longstanding concerns over its treatment of Black students, faculty and staff. Ms. Hannah-Jones accepted a five-year contract to join the journalism school’s faculty after her tenure application stalled. But her lawyers have since informed the school she won't join the faculty without tenure.

In their letter, IMS faculty also express support for Dr. Mimi Chapman, chair of the faculty for UNC-Chapel Hill, who previously wrote an open letter calling on fellow UNC faculty members to urge the board of trustees grant Ms. Hannah-Jones tenure.

So this activist wanna be tenured person will not continue teaching her hate unless she gets her way . That should make things real easy . Deny her tenure and she will slink away . Win , win for all . Next time be more careful about who you hire to teach and any of her cheerleading squad are welcome to depart as well .

I applaud the IMS faculty for standing up for their colleague. It takes courage to support someone who has become a lightning rod for political rage. Unfortunately this type of rage has become all too common over the past several years.

Why not share some of her best 'fictional' scratch that you like? ie: you must have read her work to make a call here? Quite possibly the whole unc system can read her best hit to us all, or leave links to them?

Talking about firing or forced retiring of professors, clearly you don't understand what tenured means and why it's in place.

And why has this rage become way too common ? These liberal arts universities are embracing persons with little or no actual knowledge of our history . They see history from their own slanted point of view rather than the total big picture . Then the publish their views with no true fact checking and claim it to be gospel . Peer reviews , not necessary because I know . Stand up and defend your thesis , nope . That would be a racist action supported by other racist instructors , and UNC HAS A LOAD OF THEM .

No . It is way past time for UNCCH to wake up and return to it’s roots . The roots being a deciently moderate liberal arts school that allows the free flow of ideas for those that chose that rabbit hole but allow those that do not , to learn what they wish without fear of ridicule from disrupters .

A strong sense of law and order must be present to keep the internal disrupters and outside disrupters in line . Going to be tough but with the right leadership and training it can happen .

Also there will be some instructors that will have to go . Either retired or just fired . You well know who they are . None of all this will happen until you get a serious board of directors and staff . They will need 24/7 security at first , until the bad actors are weeded out and disposed of . This must be done aggressively from day one and permanently banned from campus with meaningful consequences .

All this would be a good start towards returning our universities to actual bastions of learning rather that continuing to be a cesspool of anarchy and self servitude .

If they wanted the job Shelby Steele or Thomas Sowell wouldn't qualify right? How about Harris Faulkner?

What is the current ratio in the system? Maybe 12 to 1 if even that? How does the one survive in the anarchy? Which has the worse ratio UNC-CH or UNCG? UNCW probably more within the mainstream at some point in the past. None of them a Hillsboro for sure.

Why bother - give them all tenure if that will shut them up.. The UNC system is so top heavy with policy makers it will soon capsize anyway. 26 dudes on their board. Imagine a meeting with 26 leaders all trying to grab some face time.

None of the above wants a seat on the gravy train . She does . Reparation ?

'Stay in your lane'. This comment is becoming a frequent flyer in some mainstream markets. Its true to life , like a factual teacher that rarely disappoints the practitioner of the use when related to their choice of career, and its applications. So, being that the 'IMS' , a marine based organization , that should not be using fictional works for their operations endorses such a client, well, to me it raises an eyebrow. This person 'Jones' does not seem to be engaged in ANY MARINE STUDIES AT ALL, EVER? So, at this point, why should the marine sciences want a 'FICTION WRITER' promoted so strongly? Whats the relationship? Well, who knows right? But t throw their name publicly like this , well out of their lane, they obviously feel it's needed? (i have never seen a public endorsement like this in the past, not to say it has not happened) I have my ideas too, like the IMS, haha. However, i really wish that they would pack up, and leave NC for another state to pillage for funds, like Wyoming, or Idaho. [yawn]

They caved and used the excuse that "more voices are needed not less" or words to that effect. UNC needs more leftist voices? How about another voice from a 1776 project? Can't do that can they? Need that far left advantage increased to drag the propaganda further left paid for by who?