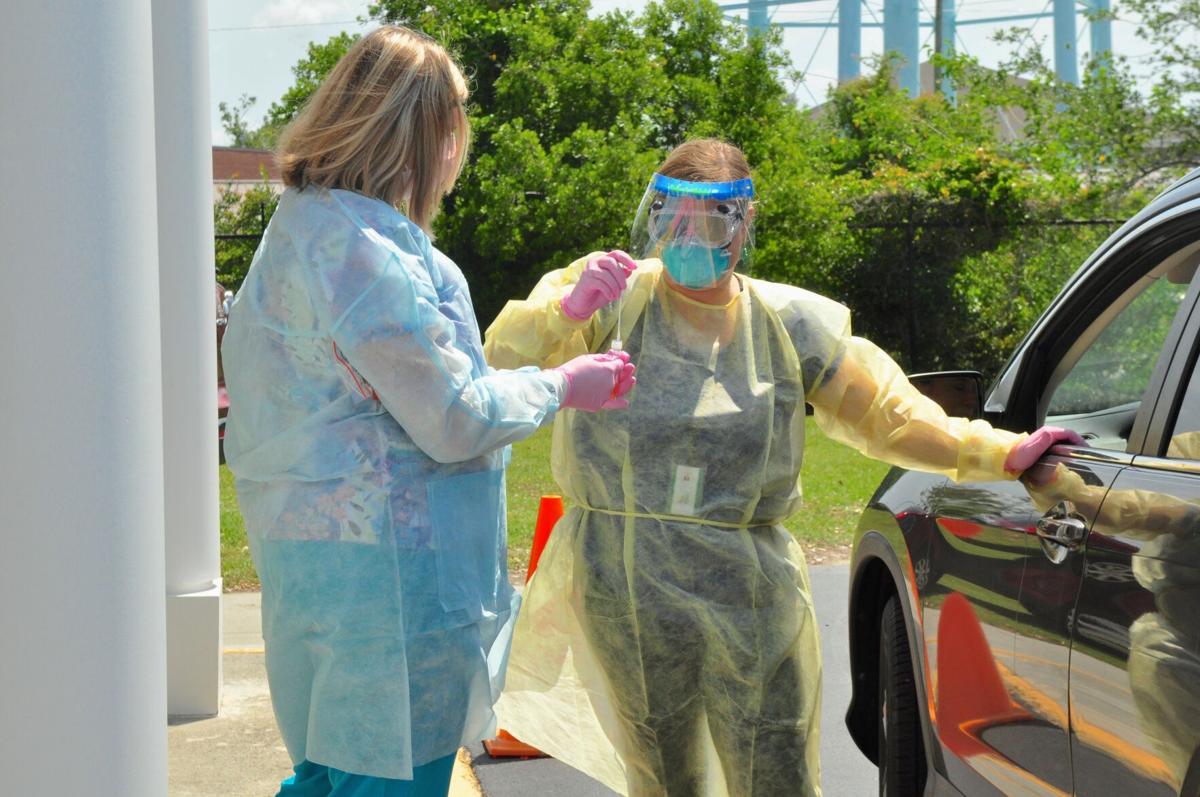 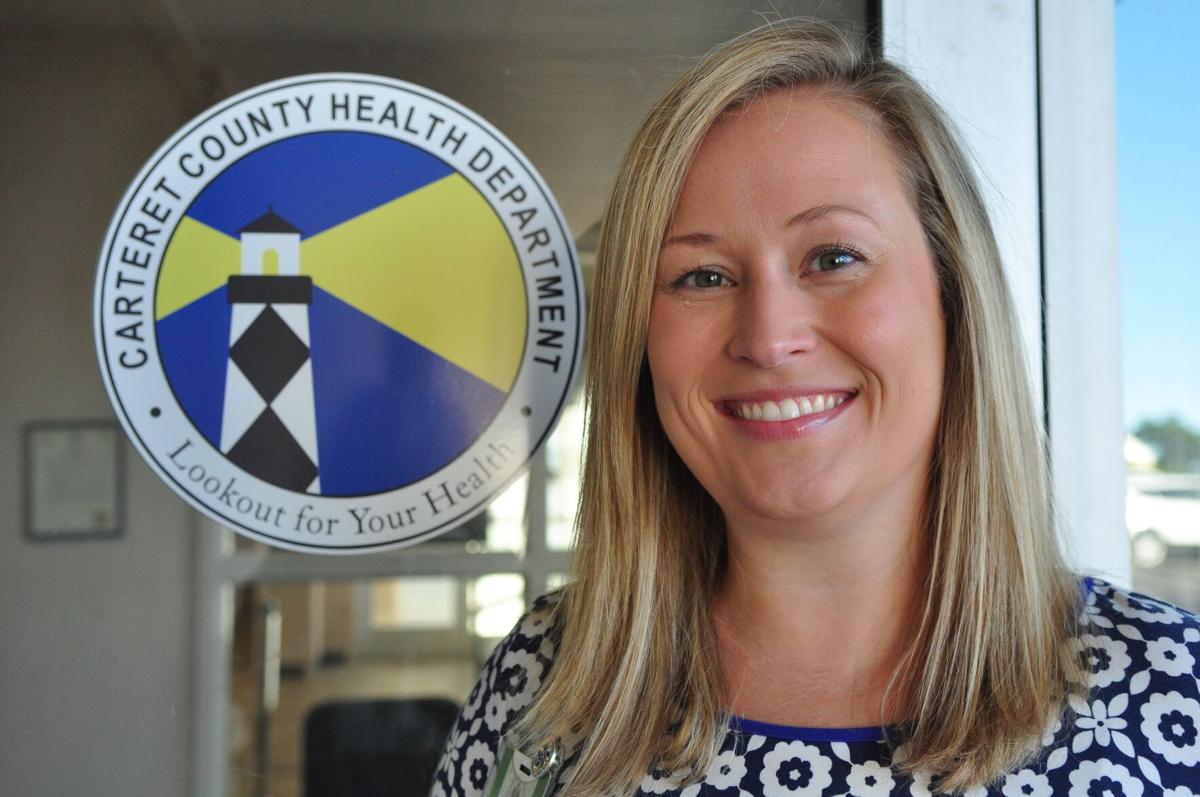 “Over the past two weeks, we have seen an increase in the percent positive rate,” Ms. Cannon said during the Consolidated Human Services Board meeting, held via Zoom.

Ms. Cannon said in early to mid-September, the percent positive rate went as low as 3.2%. However, “Since the week ending Sept. 26, we have hovered around 7%. This is not the trend we want to see.”

She added that the goal is to keep the percent positive rate at 5% or lower.

“Our community can slow the spread of this virus by wearing a mask, social distancing and washing our hands frequently,” she said. “The power to slow this virus is literally in our community’s hands.”

As of Monday evening, the county reported 998 total confirmed COVID-19 cases, with 132 of those considered active.

Ms. Cannon said she and her staff are working with the administrators and nursing staff at the facilities to provide them guidance on how to manage the outbreak. In addition, her staff is investigating other potential outbreaks. She would not say where those locations were.

Another worry for Ms. Cannon is an increase in clusters, which is five or more cases that are epidemiologically linked and occur within 14 days.

As of Monday evening, nine deaths in Carteret County were linked to the disease caused by the novel coronavirus.

“All nine deaths were in persons over the age of 65 and all had preexisting conditions,” she said.

There has also been an increase in hospitalizations.

“Over the past two weeks, we have seen more hospitalizations at Carteret Health Care due to (COVID-19), but the hospital still has plenty of capacity,” she said. “Hospitalizations have been in those who are older and/or have preexisting conditions putting them at higher risk for severe illness.”

According to Ms. Cannon, there are more cases in the 25-49 and 50-64 age groups, with these groups presenting about 61% of the confirmed cases.

The percentage of cases represented by those 17 years of age and under has remained “relatively stable” over the past several months.

“They represent about 10 to 12 percent of our confirmed cases,” she said.

Ms. Cannon praised the public school system for being diligent in its safety precautions, which she said has helped keep the number of COVID-19 cases down in the 17 and under age group, despite the opening of schools.

“We haven’t seen the spike I expected when schools opened and I believe that is because of the stringent guidelines they continue to enforce,” she said.

Ms. Cannon said she and her staff continue to work with schools on guidelines.

“The state guidelines can be challenging as to what students to allow in schools,” she said. “How do you distinguish between what is COVID and what is seasonal allergies? We are continuing to work on these issues.”

Board member Dr. Gregory Reichert agreed the fall has brought a challenge because of an increase in fall allergies.

“I’m living this everyday — allergies versus sinus infections versus COVID,” he said.

Dr. Reichert further appealed to the public to get vaccinated for the flu.

“Please get that flu shot,” he said. “Last year we didn’t have one death in the county due to flu. It’s going to be paramount for people to get that vaccine.”

Ms. Cannon agreed, saying she has planned flu clinics to encourage the public to get their flu shots.

“It’s paramount that people get their flu shots,” she said. “You can get both the flu and (COVID-19). That sounds really terrible.”

Ms. Cannon said she and her staff are working with Goshen Medical Center to organize two community testing events this month. Dates and locations will be announced.

As for funding, Ms. Cannon said the health department has received $390,679 in federal funds, funneled through the N.C. Division of Public Health, to assist with response efforts. The money been used in a variety of ways, from salaries for staff directly working in the COVID-19 response, to equipment and personal protective equipment.

Does the good editor wonder what part he might have played in the recent increase in virus cases and deaths in the county? What part did his harping and harping on the governor for his actions to control the spread, opting instead to politicize the pandemic, play in the current spike?

Rather than taking an influencing / leading role in helping to protect our citizens, he chose to echo those crying for businesses to return to normal, and in the process knowingly putting our residents in greater danger.

It's not too late though, for him to step forward and take a more combative role in opposing the virus, vs the governor, and support those on the front lines doing the necessary hard work.

He must have a financial interest in a restaurant or bar. I love to eat out as much as anyone, but in my opinion, a dine in restaurant is too risky, and not a viable business plan during a pandemic. I haven’t been to one since Feb and don’t plan to in the foreseeable future. Of course others may choose otherwise. Drive thru places, like Sonic and Chic-fil-A are thriving.

The editor did nothing to hasten the Covid spread . Unless you are sheltering inside your personal hermetically sealed bubble you will see more and more folks ignoring even the most basic precautions . They are tired of all this and could care less about guidelines . Yes , more will become infected and the majority will recover with minimal side effects . Some will not , just like any other day on the face of this earth . No guarantees of anything .

What medical background qualifies Cannon for this office? Anyone?

Nothing really qualifies her. She has served as public health preparedness coordinator and later human services planner. I guess they couldn't find someone with a medical background.

I hear the drugs are great for Covid. Will make you feel 30 years younger.

Where do I get my Covid? I just want the drugs my Commander in Chief told me about.

I can be fearless now.

I hope you get the drugs. Sure seems like you need some.

We are a tourist area, and we love the income it brings into our coffers. Just go out to any restaurant in our area, especially on a weekend evening. You will see large numbers of people gathering for their meal, or awaiting seating, and, most will not be abiding by current guidelines. Most will be wanting an evening out with their families and friends, not considering proper standards for disease prevention. Us humans are fickle and want our way....'let the other guy take precautions, not me. I'm okay." I am not a medical professional. But a crowd is a crowd no matter where it gathers. Personally, i do not believe we really want to be stifled, no matter what. The old standard, "Live Free or Die" applies, especially when the parameters continue to change, depending on who makes up the rules. Some say, "Do this," others, "Do that." As long as guidelines shift, and they have shifted, people will become tired of them. I cannot blame this newspaper or any other for the behavior of our citizens. People will do what they want for as long as they can. This is a country and a people that love their freedoms. Do not put yourself into these situations unless you are willing to accept the consequences.

Go for it BFDR , go for it . Oh , by the way . Have you heard that Cunningham likes the ladies and Tillis accepts campaign donations ? See , things are returning to normal .

Under state law, Cannon cannot supervise a registered nurse, certainly not a advanced practice nurse. Also, she cannot supervise a nursing assistant. Given that, how did Cannon get this position? A medical doctor could supervise the nursing staff, as could a advanced practice nurse. A non medical person cannot step into that role, except maybe for non medical items. Something doesn't pass the smell test in this arrangement.

Hmmmm , appears that she has a staff , no mention of numbers , and works with administrators ,again no mention of numbers . Looks rather top heavy in dead weight , and expense . Does it not ? Lots of insulation from the trench workers as well . Could be a prime candidate for downsizing if anyone cares .