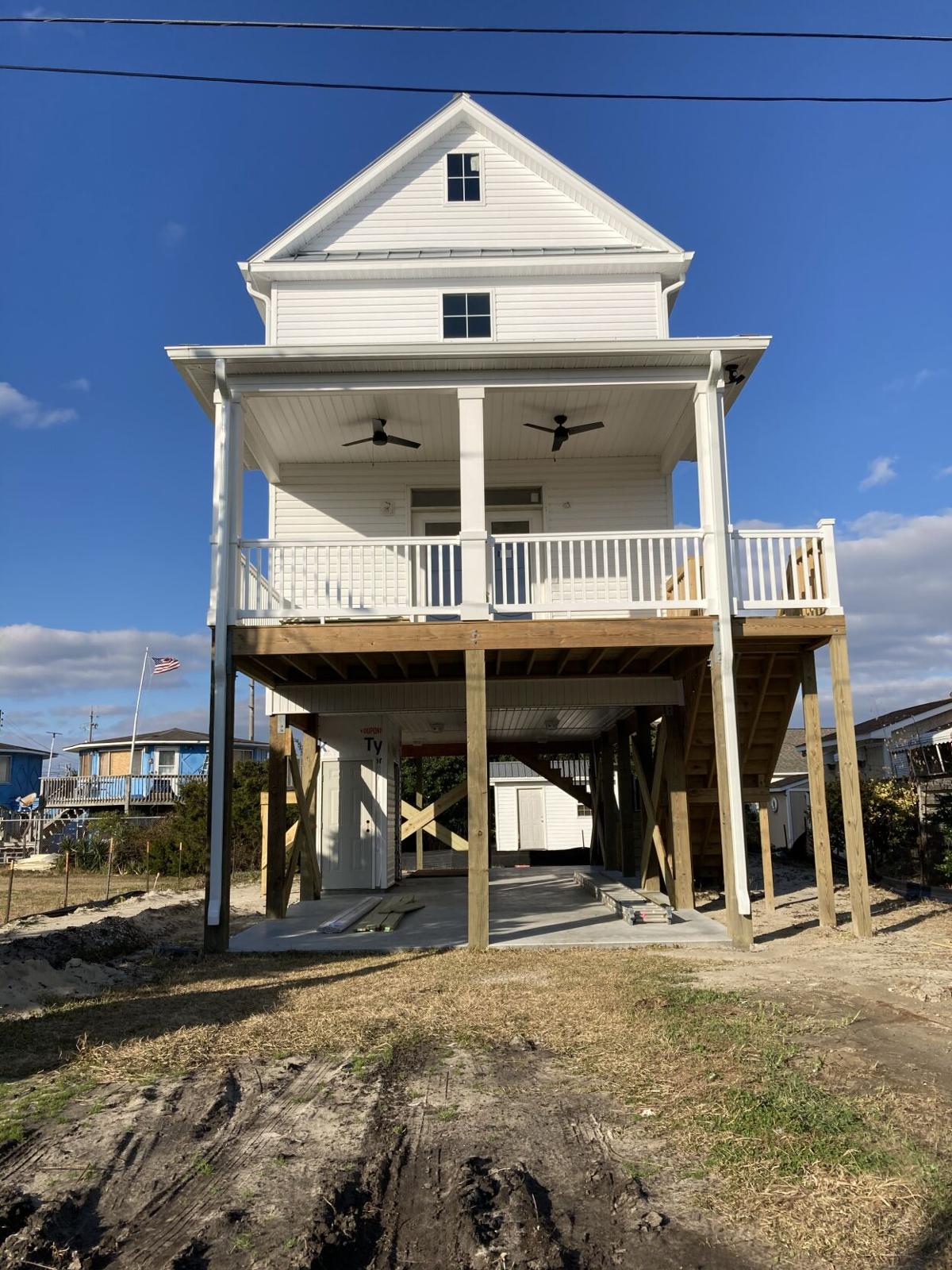 This house under construction in Atlantic Beach recently has been built above the base flood elevation. (Contributed photo) 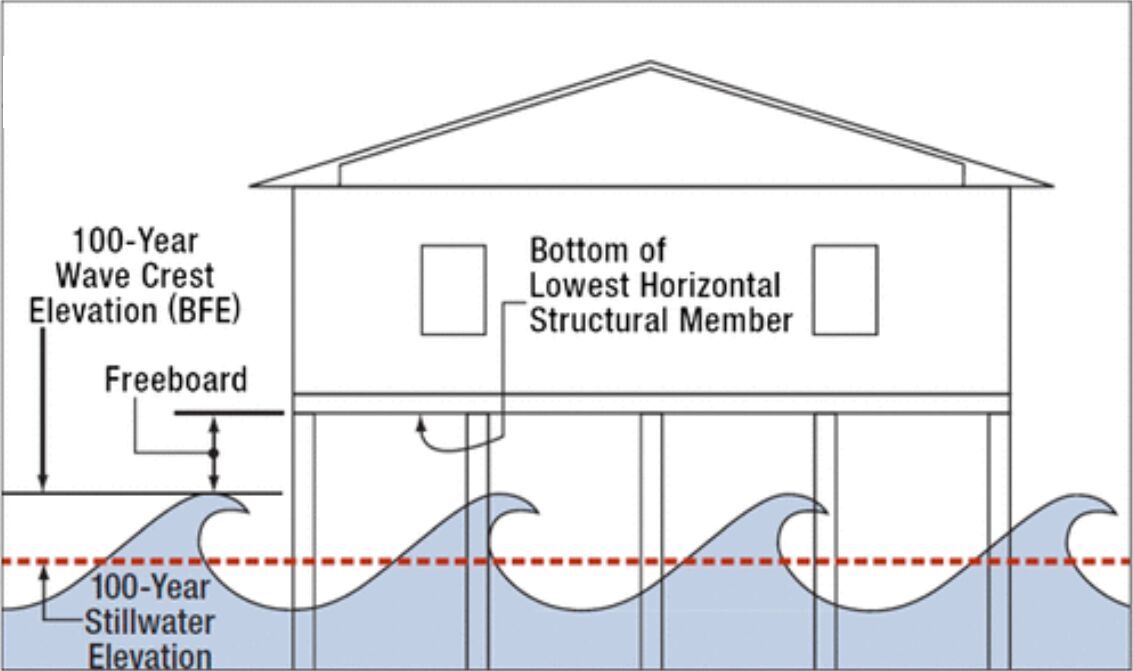 ATLANTIC BEACH — Town staff and planners want to bring back a requirement to build above Atlantic Beach’s base flood elevation.

The planning board met Tuesday online via Webinar. During the meeting, the board opened and continued a public hearing for proposed Unified Development Ordinance amendments, one of which would add a freeboard requirement for both new construction and existing buildings that receive significant improvement. Significant improvement is considered work that exceeds 50% of the building’s total value. Freeboard is a height above the base flood elevation, which town officials may require for various types of construction.

While no public comments were made during the meeting, due to electronic meeting requirements, the hearing will remain open until the next planning board meeting Tuesday, Feb. 2.

Both the board and staff expressed support for having a freeboard requirement.

“The sooner we move it forward, the better it will be for the whole community,” planning board member Doug McCullough said.

Town Planning and Zoning Director Michelle Eitner said the reason staff proposed the freeboard was due to the National Flood Insurance Program adding a freeboard requirement to maintain the town’s current rating in its Community Rating System program.

Residents in participating towns in the program receive discounts on their flood insurance. The better the rating, the bigger the discount. While a 1-foot freeboard is the minimum required to maintain Atlantic Beach’s current rating of eight, the board was in favor of recommending a 2-foot freeboard, which would improve the town’s rating to a seven and match the freeboard requirements of Emerald Isle and Pine Knoll Shores.

“If we’re going to change it, we should go with the 2-foot,” planning board member Curt Winbourne said.

If the town council approves the freeboard requirement, it won’t be the first time the town’s had one. Ms. Eitner said she discovered the town’s building ordinance previously had a 2-foot freeboard, but it was removed in 2009.

The Ocean Ridge Preservation Association, a group of Ocean Ridge Drive residents, is requesting the amendments.

Mayor Trace Cooper, who was present for Tuesday’s planning board meeting, said the request was made in response to a rumor of a major, non-residential project being proposed in the area. The mayor said while no such project is being planned to his knowledge, the requests seem reasonable to him.

“I think it is completely doable, it will just take some wordsmithing,” Mayor Cooper said. “Their primary goal is to keep it a single-family neighborhood.”

According to Ms. Eitner, the proposed amendments would prohibit additional driveways, streets, alleys and accesses from connecting to Ocean Ridge Drive except for single-family home driveways. Mixed-use and commercial property wouldn’t be allowed to access public streets by going through residential lots or any property other than existing, open streets. Cross access between mixed-use or commercial property and single-family residential property would be limited to existing driveways, private streets and alleys.

Ms. Eitner said staff recommends having the proposed amendments apply to areas other than Ocean Ridge Drive, as well.

During the public hearing, Ocean Ridge Drive resident Clint Routson spoke on behalf of the association.

“It (the neighborhood) is a jewel of Atlantic Beach,” he said, “and we believe it needs to be protected.”

The following also occurred at the meeting:

Did I get lost somewhere? Am I mistaken but isn’t there about to be a new town hall, police station about to be built in AB?

And didn’t I hear a rebuilding or remodeling done to the Oceanna?

If I’m not losing my mind but wouldn’t both of these places be considered a major non-residential project?

Help me out here please!