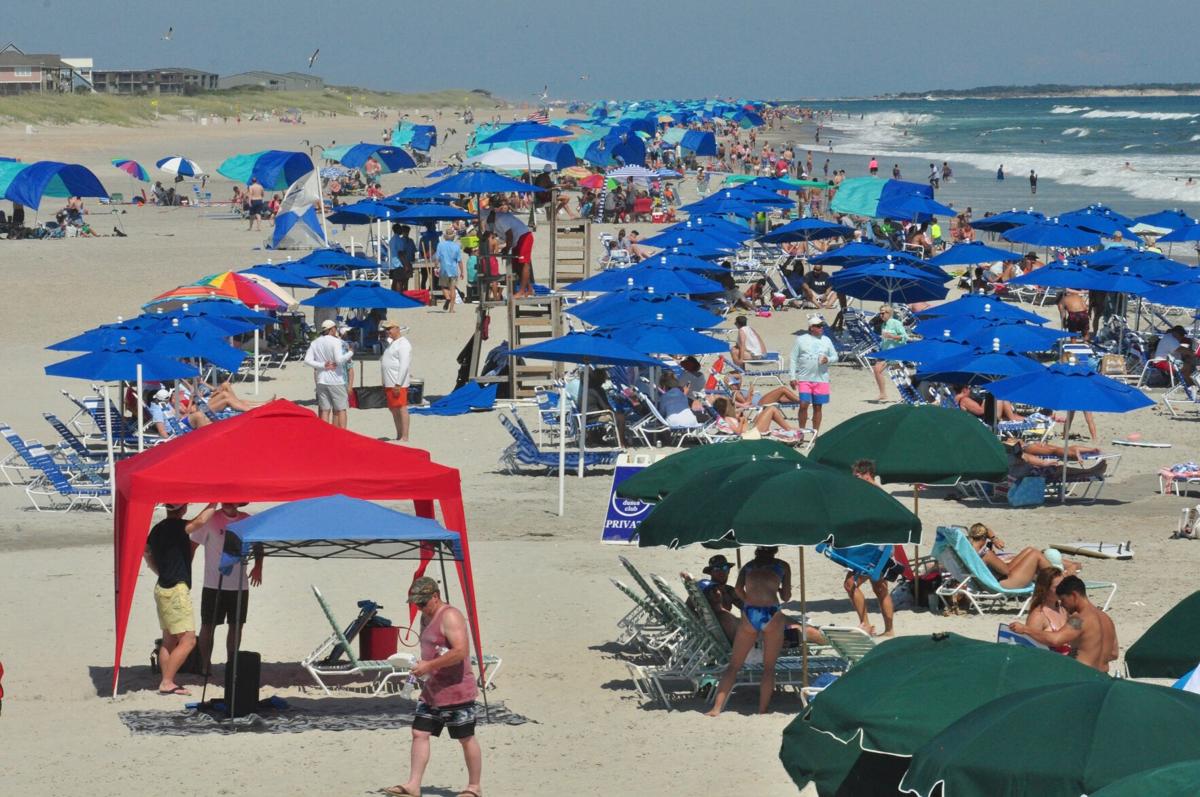 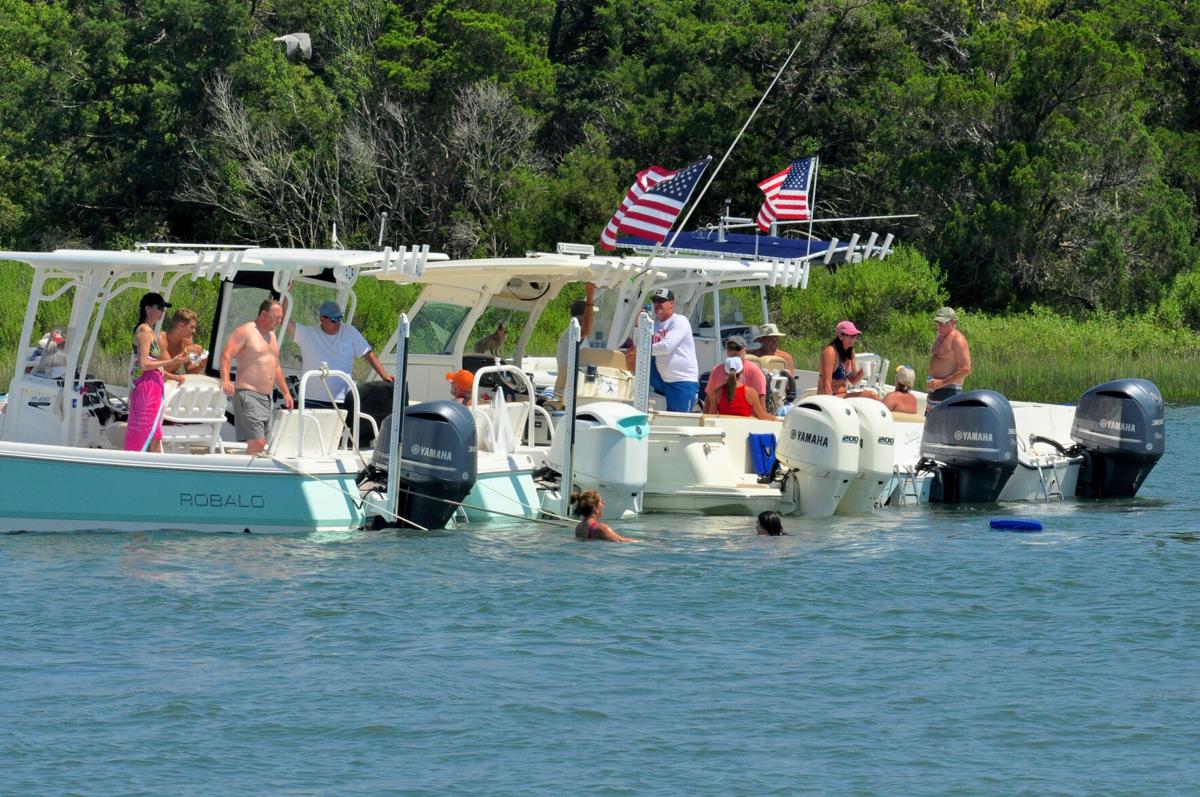 Boaters enjoy Fourth of July anchored off Sugar Loaf Island in Morehead City, as many took to the waters for the holiday weekend. (Cheryl Burke photo)

ATLANTIC BEACH — If there’s any doubt about the size of the crowds flocking to the county for the Fourth of July weekend, just ask Curt Edwards of Bakersville.

“I came down for a father and son fishing trip Saturday. We couldn’t find a hotel room so we ended up sleeping in the truck,” Mr. Edwards said Sunday as he finished up a day of fishing at the Oceanana Fishing Pier.

“It’s been huge,” she said Sunday. “We had to turn people away from our parking lot because it stayed full. The weather has been beautiful so it’s been fun.”

She added, however, that there were two water rescues at the pier on Saturday. In both instances, those involved were rescued from the water without life-threatening injuries, according to Ms. Burkette.

“We had one man swept under the pier and he held on to a piling until he was rescued,” she said. “He was taken to the hospital because of cuts he received while he held on to the pier. The other one was a father who went in to save his son when he was pulled out in an undertow. Thankfully that ended up OK.”

There won’t be any official numbers on overnight stays over the Fourth of July weekend for another month or so, but Crystal Coast Tourism Development Authority executive director Jim Browder said Tuesday he suspects this year’s holiday broke a record set last Fourth of July.

“Based on feedback from our lodging partners, it looks like their occupancy was actually up 5 to 6 percent over last year, which is extremely difficult to accomplish because last July 2020 was an all-time record, so I think we had a really, really good Fourth of July this year,” he said Tuesday. “…I think pretty much 95 to 97 percent of the places were fully booked.”

“We were very busy,” he said. “For what we had going on, it was a relatively good weekend. We had no major medical emergencies and no major law enforcement issues. Lifeguards stayed busy with assists, but there were no what I would call water rescues.”

At the other end of Bogue Banks in Emerald Isle, town manager Matt Zapp said crowds in town seemed “similar in scope and size” to Fourth of July weekend in 2020, and that’s saying a lot. The month set an all-time monthly record for occupancy tax revenue at more than $2 million collected from the 6% tax on rental units.

“Town staff did an excellent job as (police and EMS) calls were at normally high levels” for the holiday weekend, which is traditionally the peak weekend for tourism.

Business, he said, was booming throughout town.

It was a similar story at Cape Lookout National Seashore, where superintendent Jeff West said the park was busy all weekend and into Monday. He said the ferries to the cape and Shackleford Banks were at capacity and the cabins on Cape Lookout were fully booked. He thinks it was busier than usual this Fourth of July.

Mr. Browder doesn’t see that trend slowing down anytime soon, either. He said Tuesday the county recently received occupancy tax numbers for the month of May showing the county achieved a 12th straight month of record-breaking occupancy tax collections.

“I don’t see us slowing down below last year. I think it’s going to be equal to last year or greater for an extended period of time. The feedback I’ve gotten is that it’s just going to continue,” he said.

“People at this point in time are just determined to go enjoy great beaches, food, drink and spend time with their family and friends….and this is just the absolute perfect layout for something like that.”

Reporters Elise Clouser and Brad Rich contributed to this report.