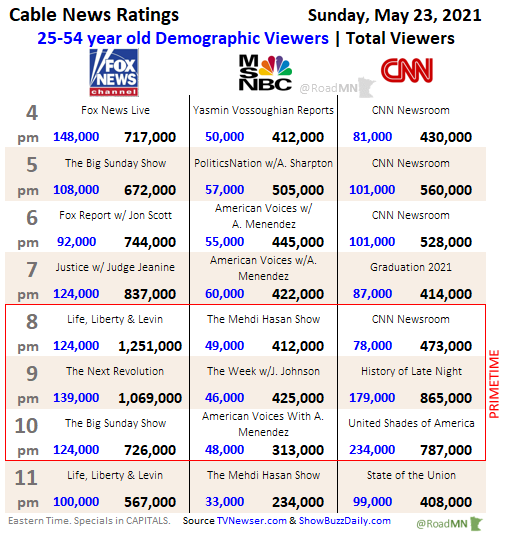 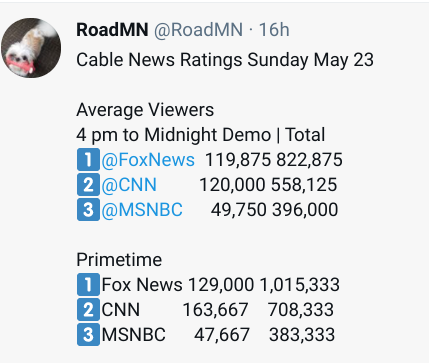 CNN’s New Day has taken a major hit in ratings. The show had its least-watched week of the year so far with 461,000 total viewers and 108,000 viewers between the ages of 25 and 54, and it has averaged less than 500,000 viewers for the past four consecutive weeks.

Fox News reached its 14th consecutive week at the number one spot for cable news viewers, with 2.1 million viewers during primetime and an average of 1.2 million viewers for the day.

All three are misinformation networks.