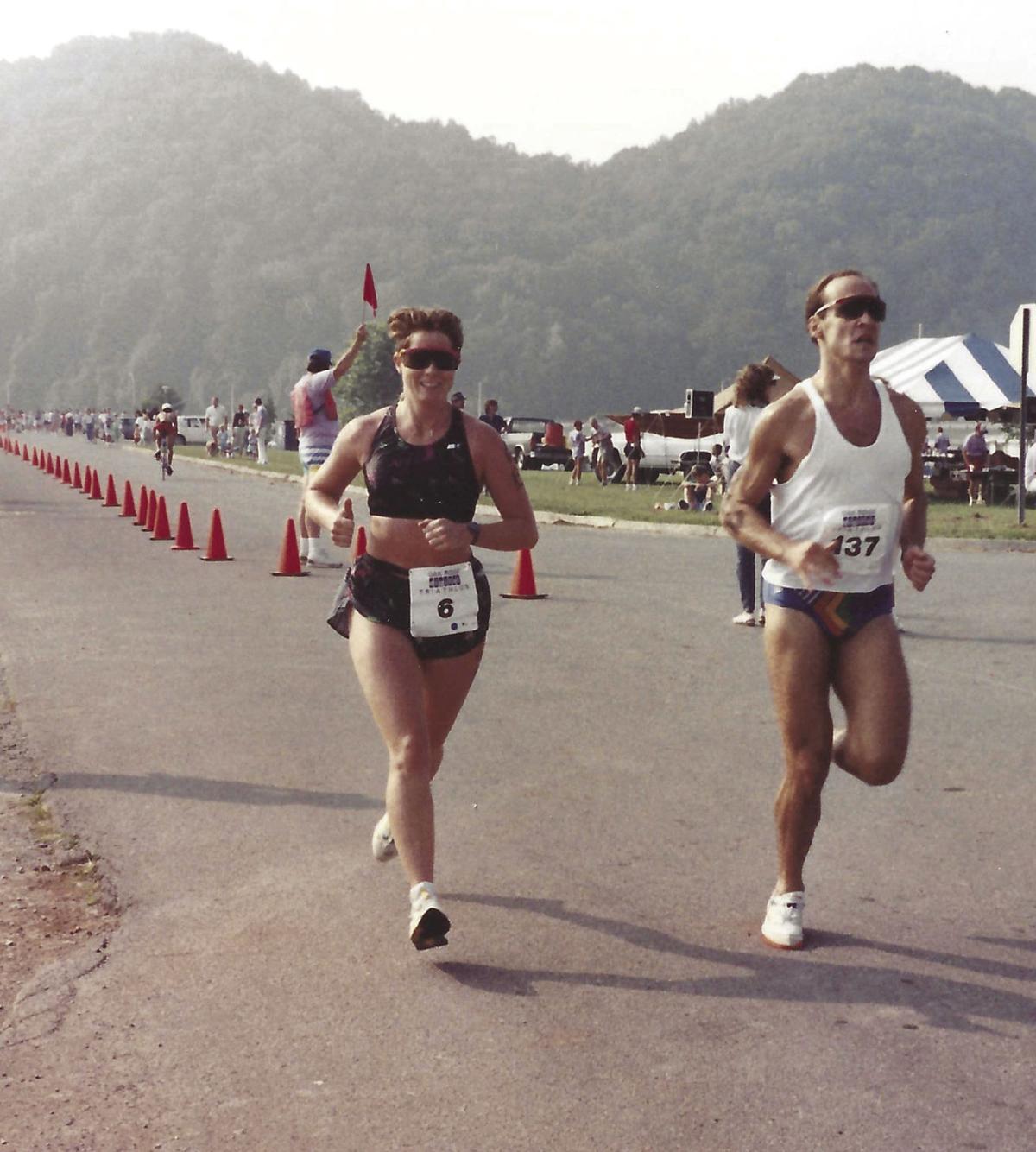 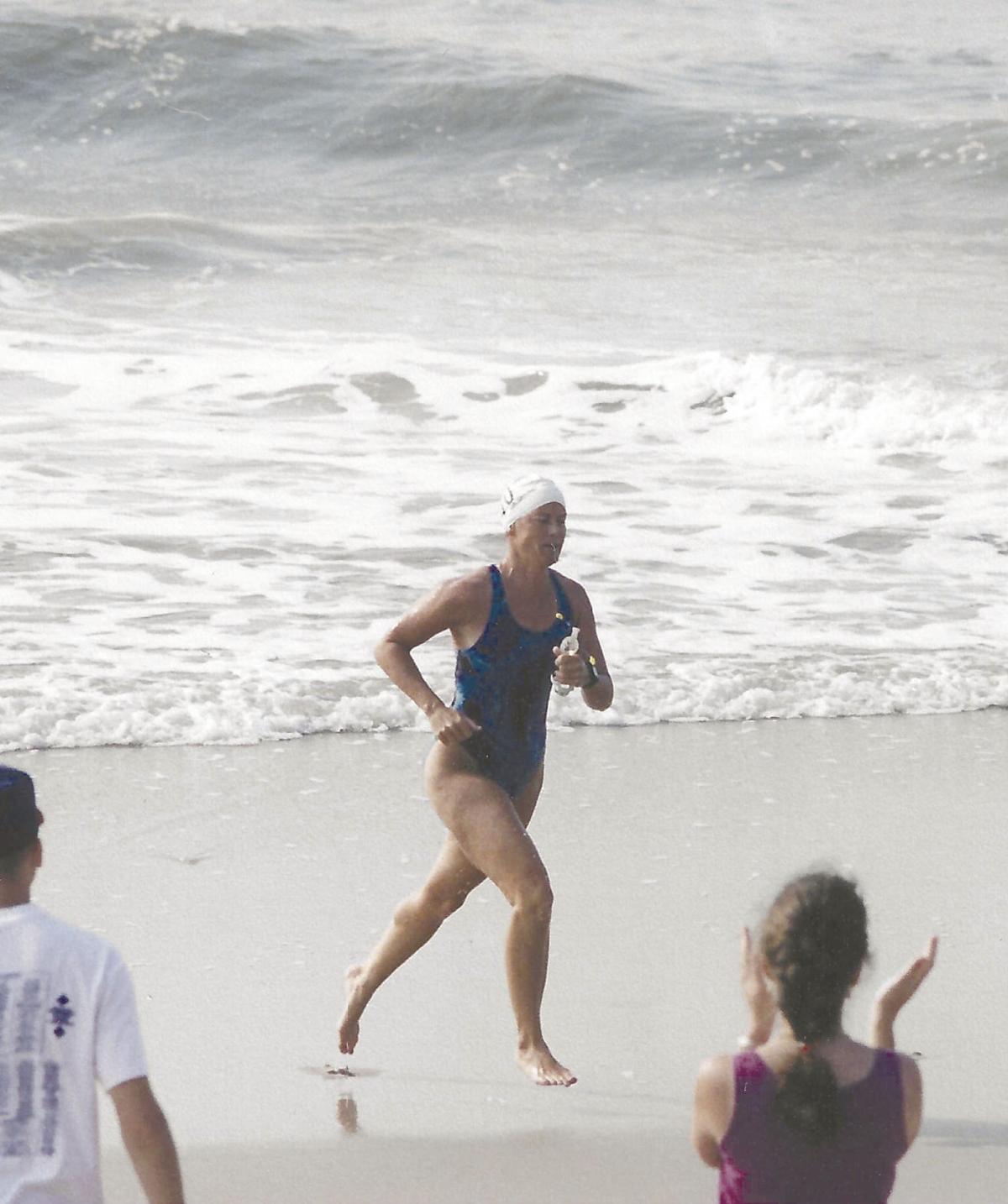 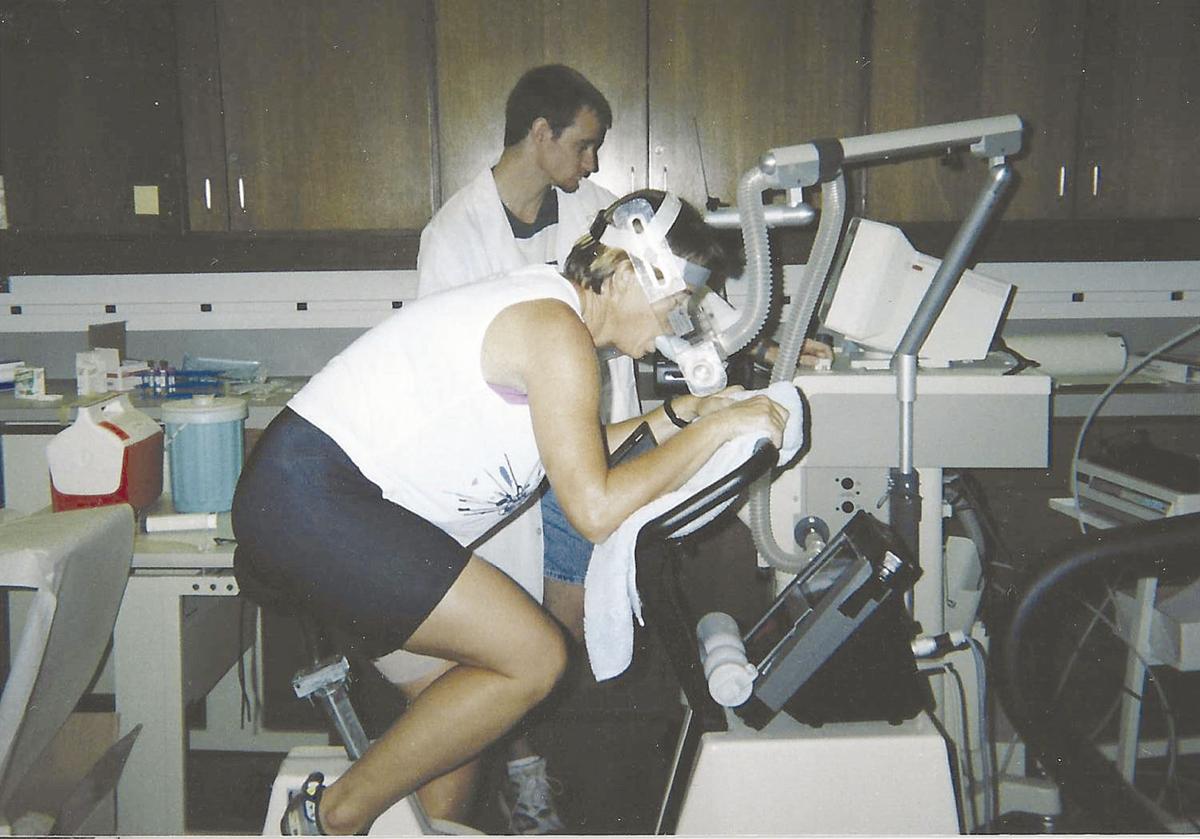 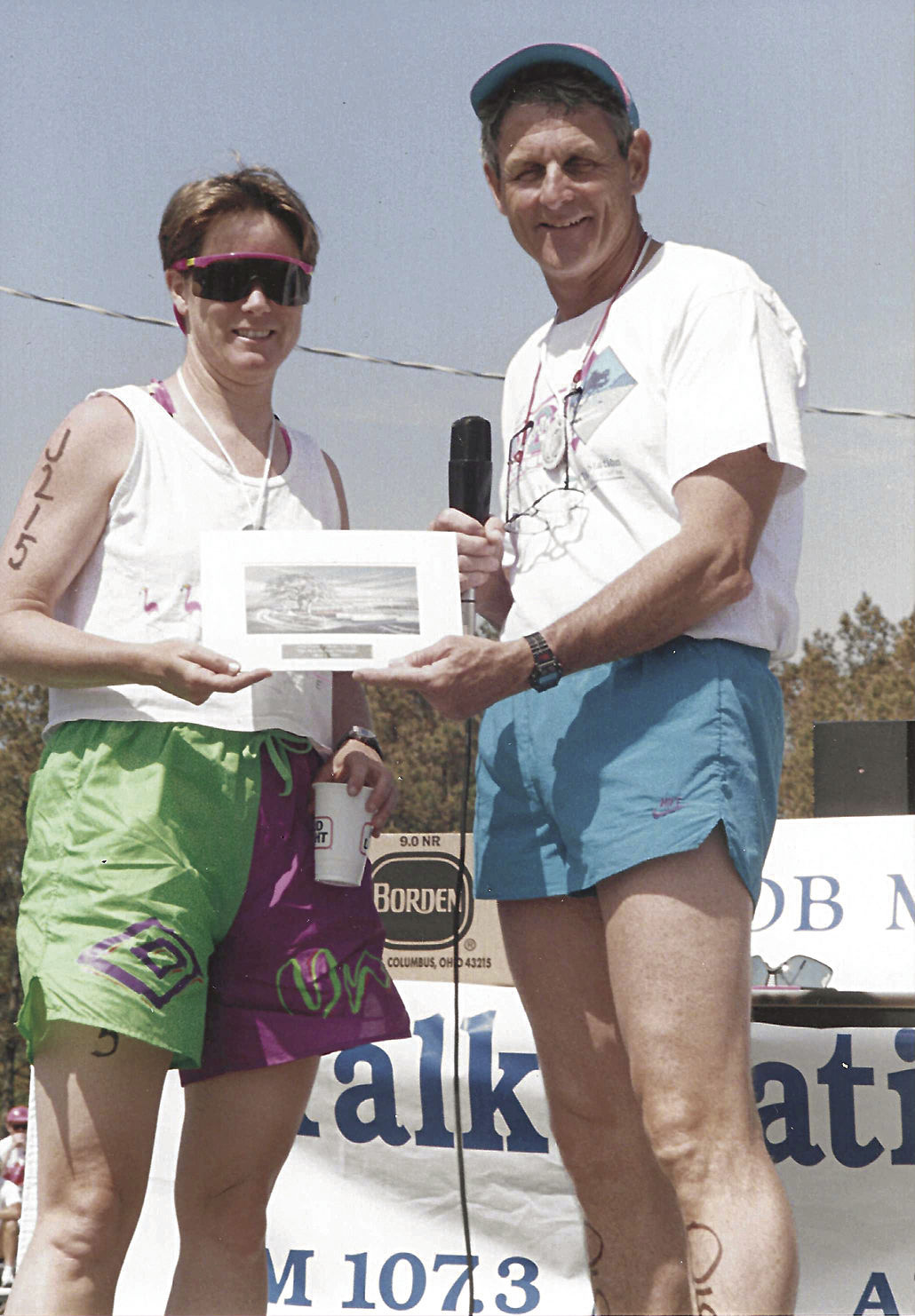 Special to the Carteret County News-Times

Sutton decided she liked the appeal of the challenging sport and gave it a try. By the end of that summer, she had completed a few triathlons and was completely enthralled with the active lifestyle of the sport.

In the fall of that same year, Sutton began watching the Hawaii Ironman and the annual US World Triathlon Championships. She also subscribed to a triathlete magazine, hoping to learn as much as she could about the sport.

Sutton’s initial goal for her first triathlon was simply to see if she could actually do all three sports in one day. Shortly after her first sprint race, she registered for a longer triathlon, consisting of a 1-mile swim, a 25-mile bike and a 6.2-mile run, being held in New Bern. Sutton was hooked on the multi-disciplinary aspect of the sport. Cross-training added a bit more fun and diversity to her workouts as well as added strength and endurance to her training regimen.

Carteret County has an extremely strong network of triathletes, who can be a godsend for training purposes. And the training locations aren’t bad either. The county also has groups of individual sport enthusiasts that can assist in alternate training methods and strategies for each discipline: running, biking, and swimming.

Several locals are currently training for the Half-Booty Ironman scheduled to be held here in October 2020. The race includes a 1.2-mile swim, 56-mile bike, and 13.1-mile run. If you’re not ready for the full distance you can sign up with a team and complete the discipline you prefer while cheering for your teammates completing the other two segments of the race.

One of the major challenges to triathlons is the time management required to train for each of the three disciplines. Each triathlete must find the pattern that works best for their body’s growth and recovery.

Miriam’s training included running three days a week consisting of a pair of 1-hour runs and one longer run, road biking four or five days per week, while mixing in sprints with distance and hill/bridge climbs, and swimming three days per week with the Master’s Swim Group at the Sports Center in Morehead City.

Running workouts can also be diversified with flat road running, sandy-beach running, and hilly-bridge repeats. The Masters Swim Group schedules open-water-swim routes that can help prepare for swimming by navigation rather than following a stripe at the bottom of the pool.

There are still a few triathlons that offer an indoor/pool swim segment but most occur in open water. Learning to swim with your head up for navigation is a must, according to Sutton.

Triathlon training really becomes a lifestyle and one that Miriam Sutton has enjoyed for over 25 years before deciding to “retire” from triathlons to free up time for other activities, such as SCUBA, photography and stand-up paddle boarding. Her most memorable races include the Nelson Bay Challenge, a sprint distance held in Sea Level, and the Hawaii Ironman, a full Ironman distance.