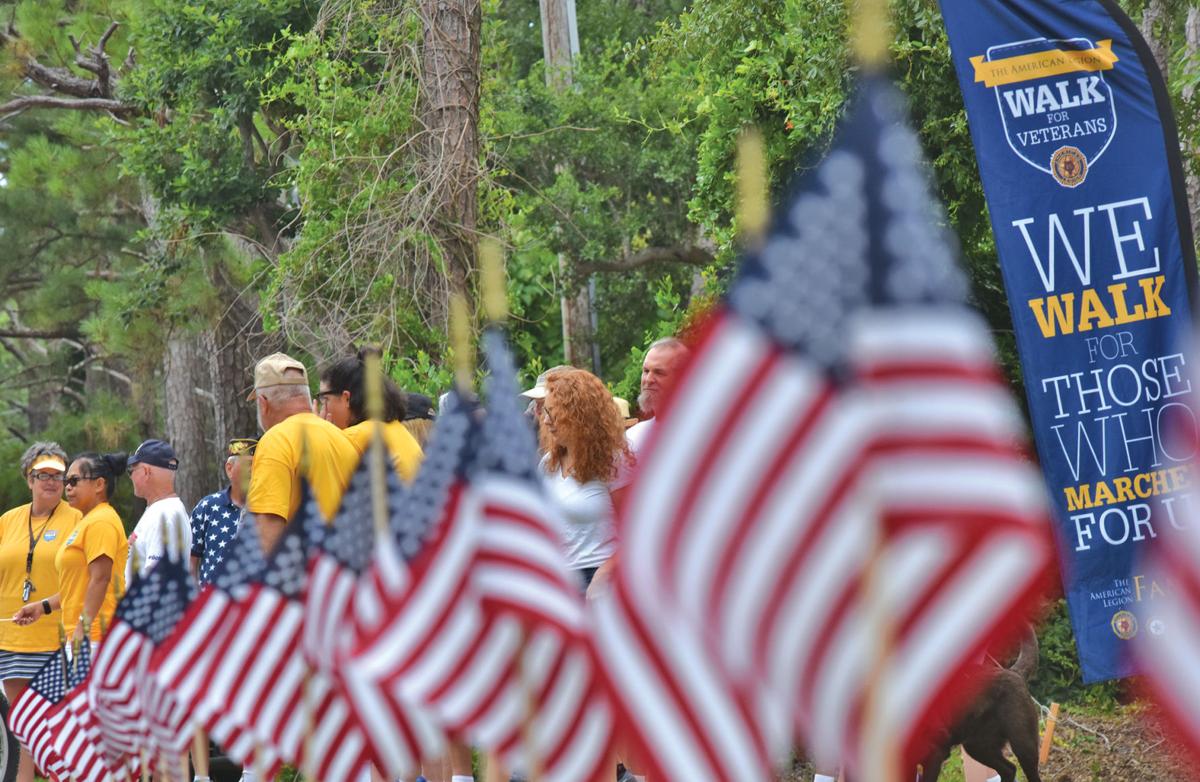 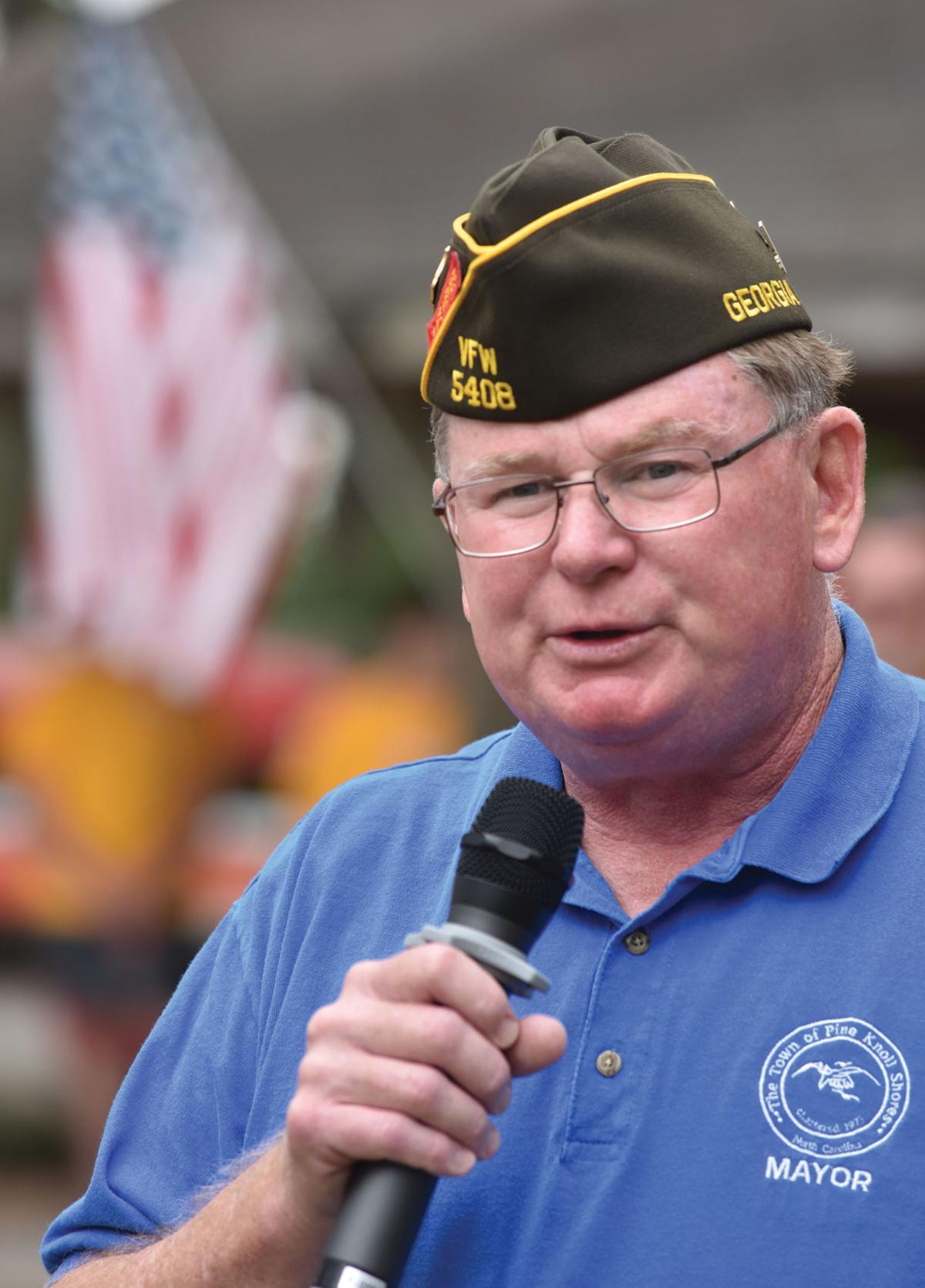 Veteran and Pine Knoll Shores Mayor Ken Jones thanks all who served Saturday during the event, which included a services fair. (Dylan Ray photo) 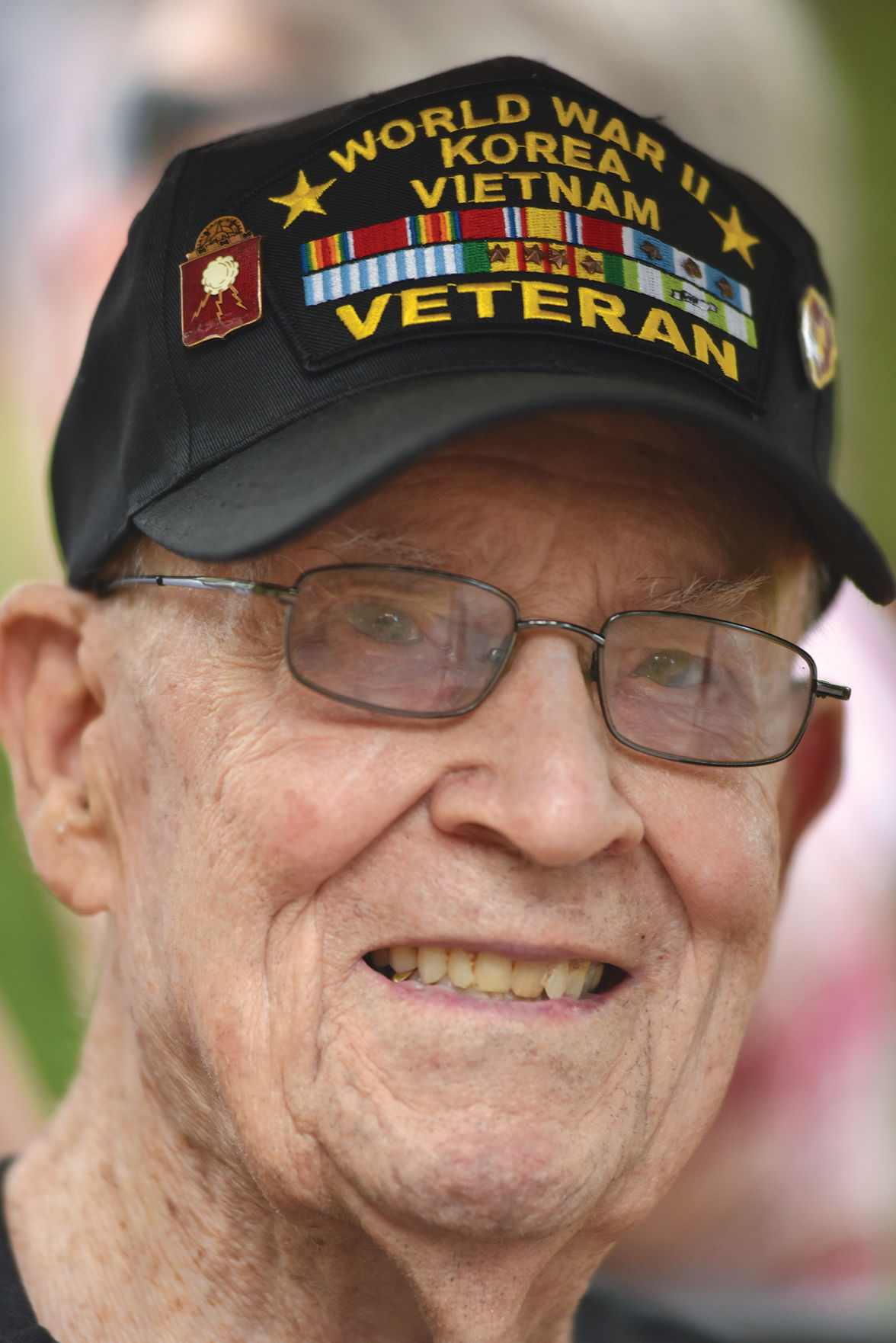 Marvin Haas, 90, smiles for the camera during Saturday’s Walk for Veterans.(Dylan Ray photo) 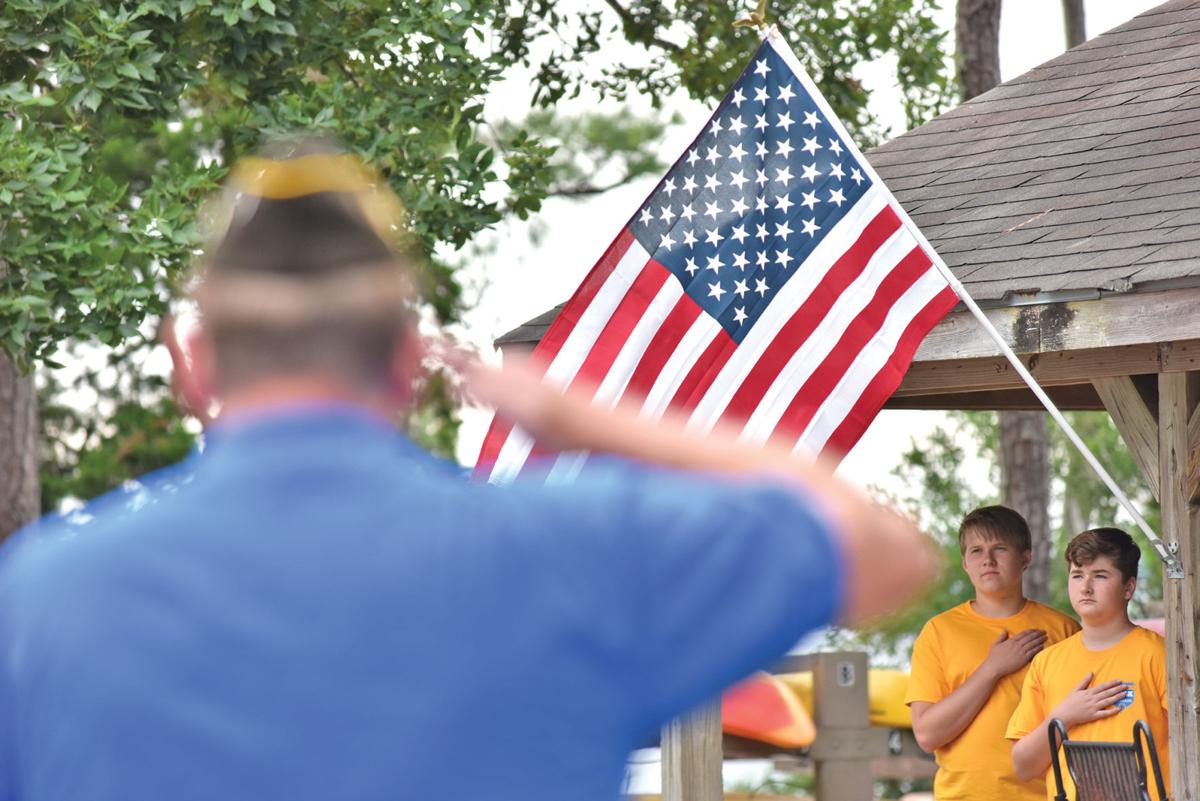 Veteran and Pine Knoll Shores Mayor Ken Jones thanks all who served Saturday during the event, which included a services fair. (Dylan Ray photo)

Marvin Haas, 90, smiles for the camera during Saturday’s Walk for Veterans.(Dylan Ray photo)

PINE KNOLL SHORES — “We walk for those who marched for us.”

That was the message behind American Legion Post 46’s Walk for Veterans event Saturday at Garner Park.

The event honored veterans and active-duty military members and also acted as a meeting space where veterans could learn about services available to them, all in one convenient location.

Though Bob Kirk, with American Legion Post 46, did not want to estimate how many veterans attended the event, he was pleased with the turnout.

Before the walk, Pine Knoll Shores Mayor Ken Jones spoke to the crowd.

He said Pine Knoll Shores was the perfect place to hold the walk. Less than a month ago, the town hosted the 12th annual Kayak for the Warriors, a fundraiser for people who have served and their families.

“Some people take this freedom thing for granted, but one of the things you have to keep in mind is they have the freedom to do that,” he said. “The reason most of the people in the world are free today … is because of the United States military,” he said. “The United States military is able to project force and its capabilities anywhere and everywhere in the world.”

According information provided at the walk, an estimated 20 veterans commit suicide a day and many of them suffer from post traumatic stress disorder.

Mayor Jones said many veterans will suffer from PTSD at one time or another, himself included.

“I can tell you this, the (Department of Veterans Affairs) saved my life because it all came back after 9/11,” he said. “That’s why were are here today. We want to help those who have helped us hold that line. We gather to support our brothers in arms and their family and friends.”

After the ceremony, the veterans and their families gathered for the 0.09 mile walk. Participants were dressed in yellow Walk for Veterans T-shirts and waved American flags.

Among those participating in the walk was Don Ditto of Morehead City.

Mr. Ditto is a 20-year veteran of the U.S. Marine Corps and a member of the American Legion. He said he came out to support the legion.

“I read the article about last year’s walk in the newspaper and I knew I had to come out,” he said.

At the end of the walk, veterans and their families were able to stroll through the exhibitors and learn about the services available.

Community Home Care & Hospice is based out of Swansboro. Their program, We Honor Veterans, empowers hospice and other health care providers to meet the needs of veterans.

The program learns about veterans’ needs, as well as their family members, educates the health care staff and communities about caring for veterans and provides veteran-to-veteran volunteer programs. For more information, visit wehonorveterans.org.

The Jacksonville Vet Center was on site, as well. The organization provides various forms of counseling for veterans and referral for benefits assistance, among other services. For more information, visitvetcenter.va.gov.

Also on site was a new organization dedicated to preventing veteran suicide.

According to the organization’s brochure, the Veterans Coalition of the Crystal Coast “strives to honor and serve veterans and active duty military and their families by building and maintaining a coalition of concerned groups and people dedicated to veteran mental health issues and preventing suicide.”

The group partners with other veteran organizations to provide as much help possible.