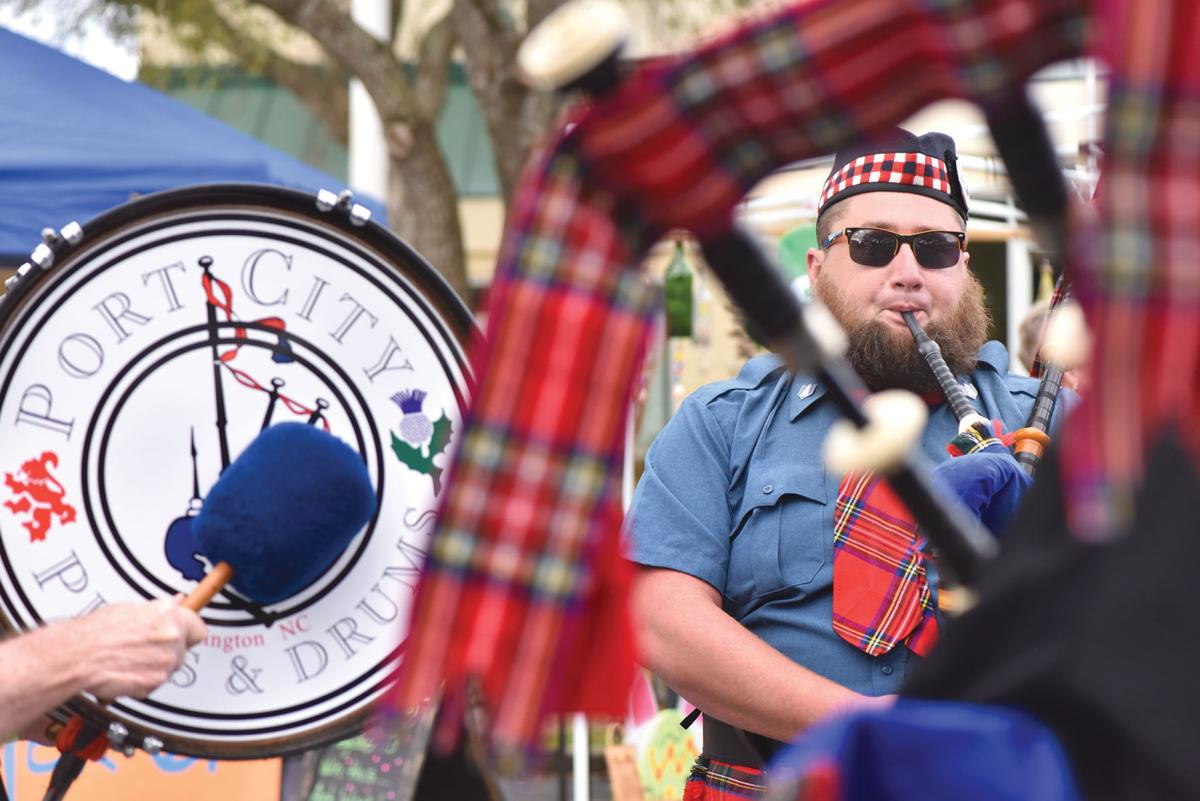 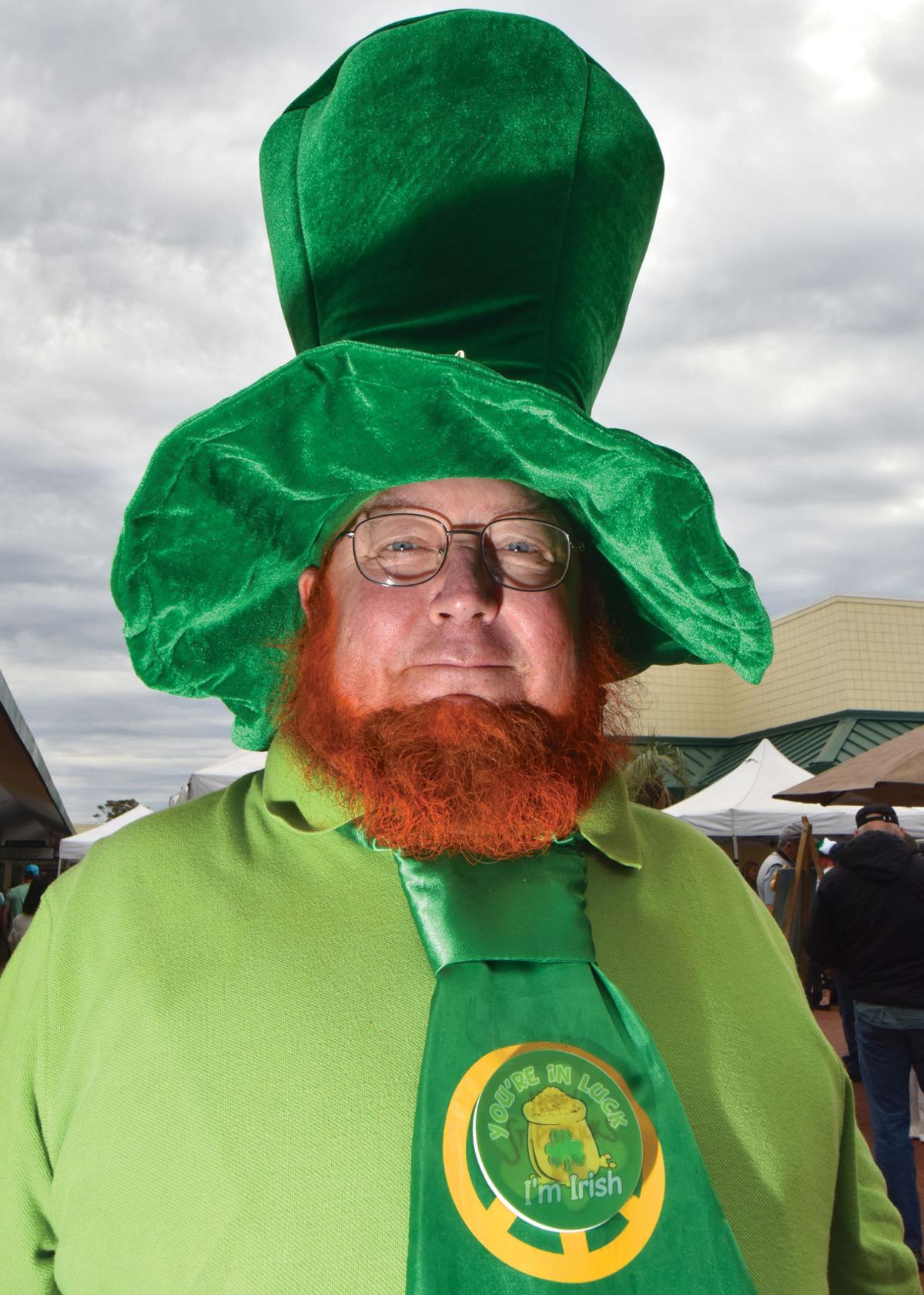 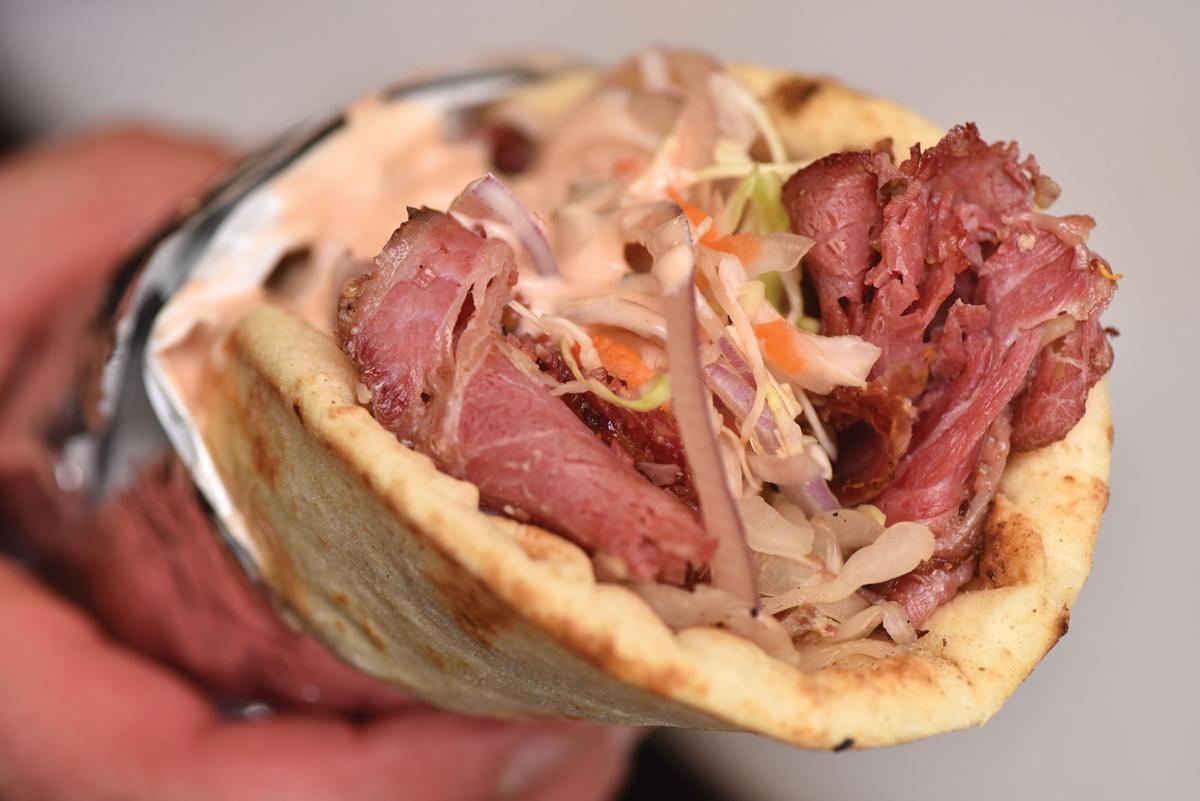 Corned beef and shredded cabbage are served on a pita Saturday at the Beaufort Grocery Co. food truck during the festival. (Dylan Ray photo) 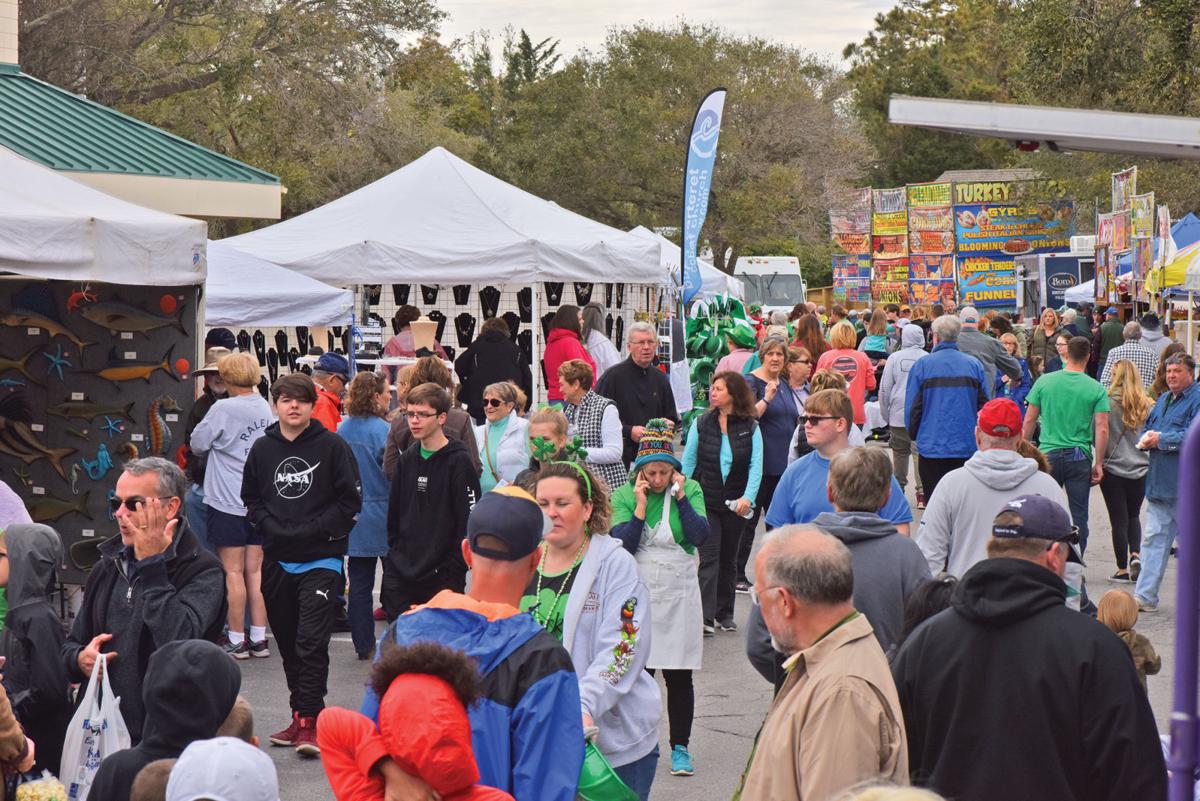 Corned beef and shredded cabbage are served on a pita Saturday at the Beaufort Grocery Co. food truck during the festival. (Dylan Ray photo)

The annual event is held at the Emerald Plantation each year and brings with it rides, beer, food, music, games and other forms of entertainment, all in celebration of Saint Patrick.

A sea of green-clad attendees filled the shopping center Saturday afternoon, and there seemed to be something fun for everyone.

A big hit for those over the age of 21 was the beer garden, where folks could drink Irish brews and other selections.

Popular choices were well-known favorites such as Guinness and Killian’s, but the beer garden also offered a new St. Patrick’s Day treat this year.

“For the first time since I’ve been here in nine years, we are serving green beer,” said Jerry Plum, a volunteer working the beer garden tent.

The morning was a little chilly, so Mr. Plum said he was not very busy, but expected things to turn around as the afternoon wore on.

The couple lives in Emerald Isle and said they enjoy coming to the festival to volunteer their time and be with the community.

“It’s a good way to give back to the community,” Jerry Plum said.

The emerald-colored beer was an IPA made in North Carolina and seemed to be a favorite of those who sampled it.

“It’s good. This is my second one,” said Mike Powell of Raleigh. “IPA and stouts are my drink of choice.”

He was at the festival with his grandfather, Michael Powell, who was celebrating his 70th birthday Sunday, which also happens to be St. Patrick’s Day.

“I don’t have an ounce of Irish in me. I’m Scots,” Michael Powell said, “but being born on St. Patrick’s Day, I’m Irish.”

Michael Powell and his family usually attend the festival. He has been coming to Emerald Isle for 42 years and plans to retire to the island.

He said he enjoys what the event has to offer each March.

When not enjoying the beer, festivalgoers can visit food vendors ready to serve up dishes inspired by the holiday.

Beaufort Grocery Co. was on site with its food truck to sling Irish treats.

Long lines formed at the food truck to sample the Irish dishes. Among those in line was Tom Rogers of Rocky Mount, who was going to try the “Pot O’ Gold.”

“It seems kind of Irish with the beer and the rashers… those two ingredients in particular,” he said.

Mr. Rogers said his mother-in-law is from Ireland, so they always try to celebrate St. Patrick’s Day.

He has a second home in Pine Knoll Shores, but this was his first time attending Emerald Isle’s festival.

“I love to see the green and the Irish dishes,” he said. “It’s a big deal for the Irish for sure.”

While browsing through the vendors and enjoying the food, festivalgoers were treated to live music.

There were also two stages set up on the grounds, the Emerald Stage and the Gold Stage, featuring live bands and solo musicians throughout the day.

Though most of the festival seemed geared toward the older attendees, the younger crowd was able to enjoy it, as well.

Games and amusement rides attracted children of all ages.

Lengthy lines formed for the rides like Beery Go Round, Tempest and the Cliff Hanger, which spins in fast circles to gave young thrill seekers a ride of a lifetime.