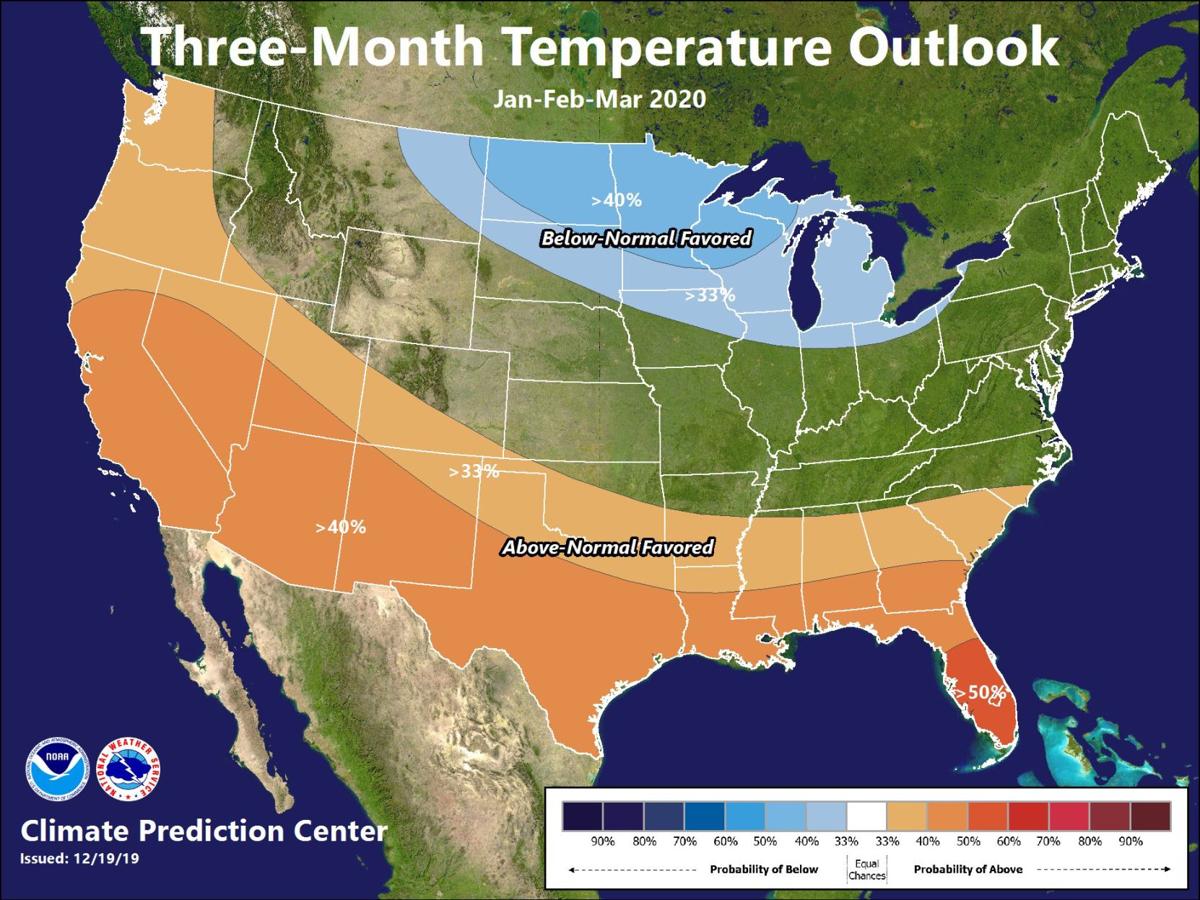 The National Weather Service’s Climate Prediction Center provides a three-month outlook on the chances of seeing above or below-normal temperatures. (NWS graphic) 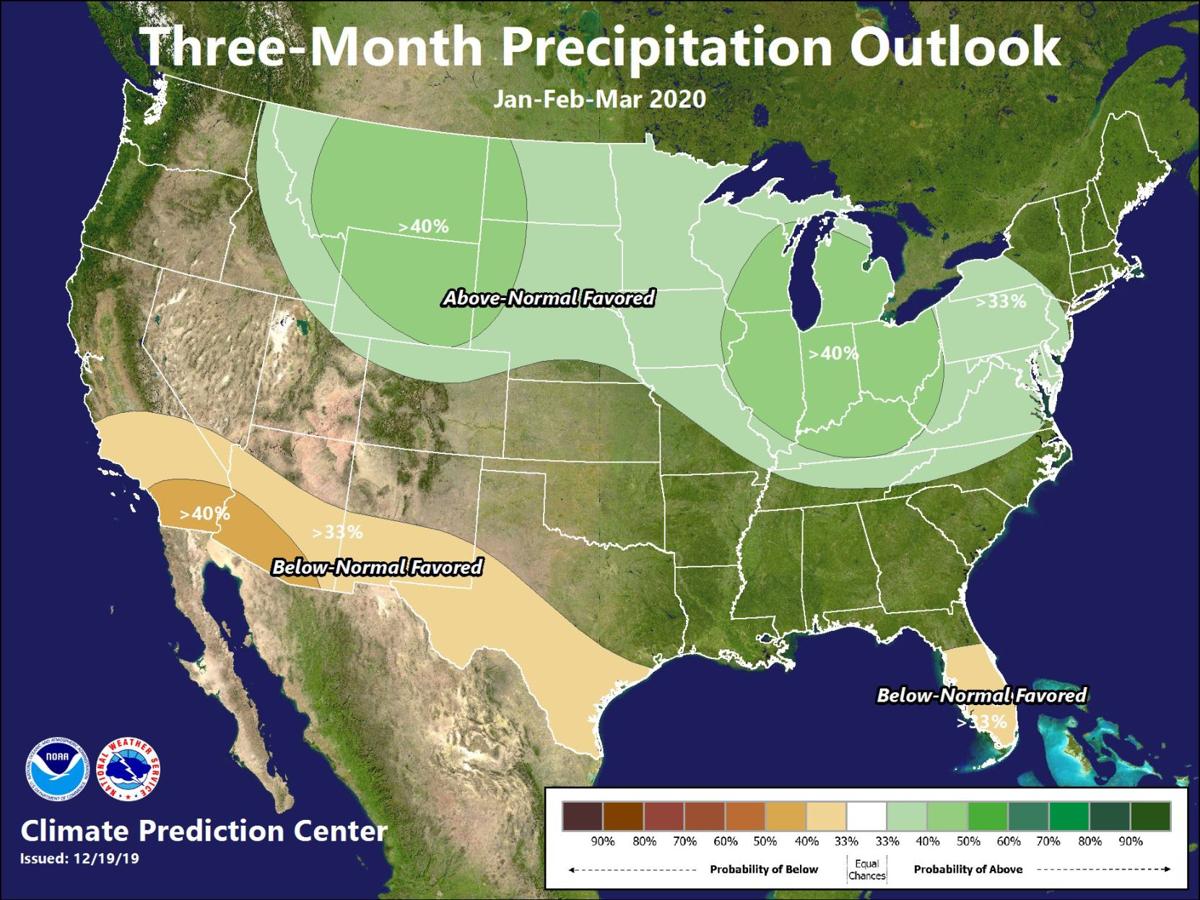 The National Weather Service’s Climate Prediction Center provides a three-month outlook on the chances of seeing above or below-normal precipitation. (NWS graphic)

The National Weather Service’s Climate Prediction Center provides a three-month outlook on the chances of seeing above or below-normal temperatures. (NWS graphic)

The National Weather Service’s Climate Prediction Center provides a three-month outlook on the chances of seeing above or below-normal precipitation. (NWS graphic)

NEWPORT — With the month of December gone, so far the National Weather Service’s forecast for a warm winter has proven accurate.

“The winter outlook question is always a tough one,” Mr. Ellis said, “because you have to look at longer-term trends. Typically, we’re only looking outward seven days at the local offices and the Climate Prediction Center in Maryland is putting out seasonal outlooks for all of the United States.”

In terms of meteorology, winter is usually from December to February. Mr. Ellis said as December came to a close, the average temperature measured at the Michael J. Smith Field Airport in Beaufort, which isn’t an official NWS climate site, has been 53.0 degrees Fahrenheit, “well above the normal, which is 48.6 degrees.”

“If we look at the closest official climate site, which is New Bern, we see a similar story, although not quite as warm,” he said. “The average temperatures so far at New Bern has been 50.2 degrees, whereas normal is 47.0 degrees.”

Looking ahead at January through March, Mr. Ellis said the outlook is “just on the edge of that above normal/normal forecast line” for temperatures.

“When it comes to precipitation, the Climate Prediction Center is also forecasting equal chances of above or below-normal precipitation for eastern N.C.,” he said. “What this really means, is that there may not be many long-term signals pointing to an above or below-normal years from this point forward, or there are some long-term factors pointing to each a colder and a warmers season that might be cancelling each other out.”

Whether or not eastern North Carolina will see any winter weather, like snow and ice, is “hard to tell at this point,” according to Mr. Ellis. He said weather patterns “swing back and forth.”

“If a colder short-term pattern lines up with a wetter short-term pattern, the possibility remains for winter weather,” Mr. Ellis said. “That’s where our office comes in, watching those patterns week in and week out to make sure we are on top of the local seven-day forecast.”

Mr. Ellis said the winter forecast is a lot like a hurricane season forecast. NWS personnel have often said of hurricane seasons that no matter what the seasonal forecast says, it only takes one storm to make it an active season.

For more information on winter storm preparation and past winter storms, view the winter issue of the Newport WFO newsletter at weather.gov/media/mhx/Winter2019.pdf.

I certainly would not advise anyone to plan their winter based on this long term forecast. Could just as easily be our coldest winter as well. Guess we will find out for sure by mid April knowing that we have another 3 to 4 months of winter like weather to tolerate.

NWS will revise as the season progresses just like they do for Hurricane seasons.