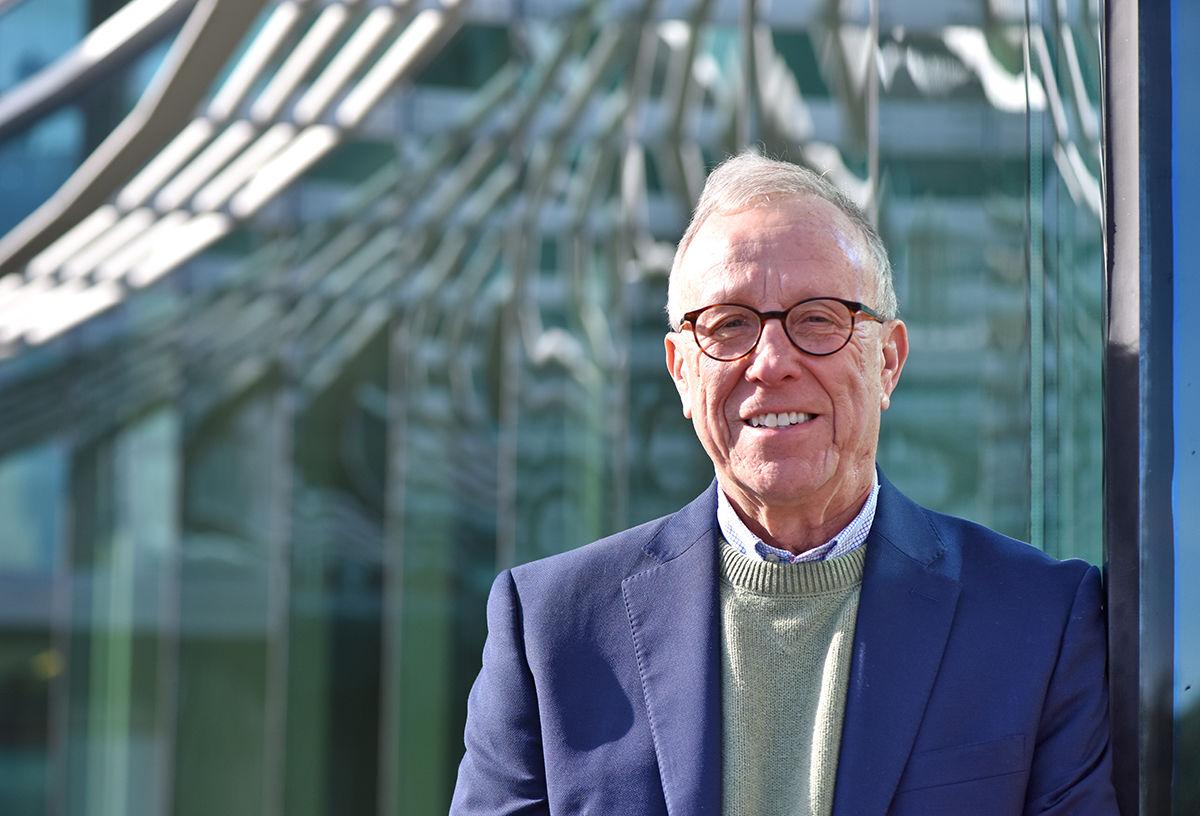 Former Carteret Health Care President and CEO Dick Brvenik stands outside the hospital off Arendell Street recently. He retired at the end of January after nearly eight and a half years with the community hospital. (Dylan Ray photo) 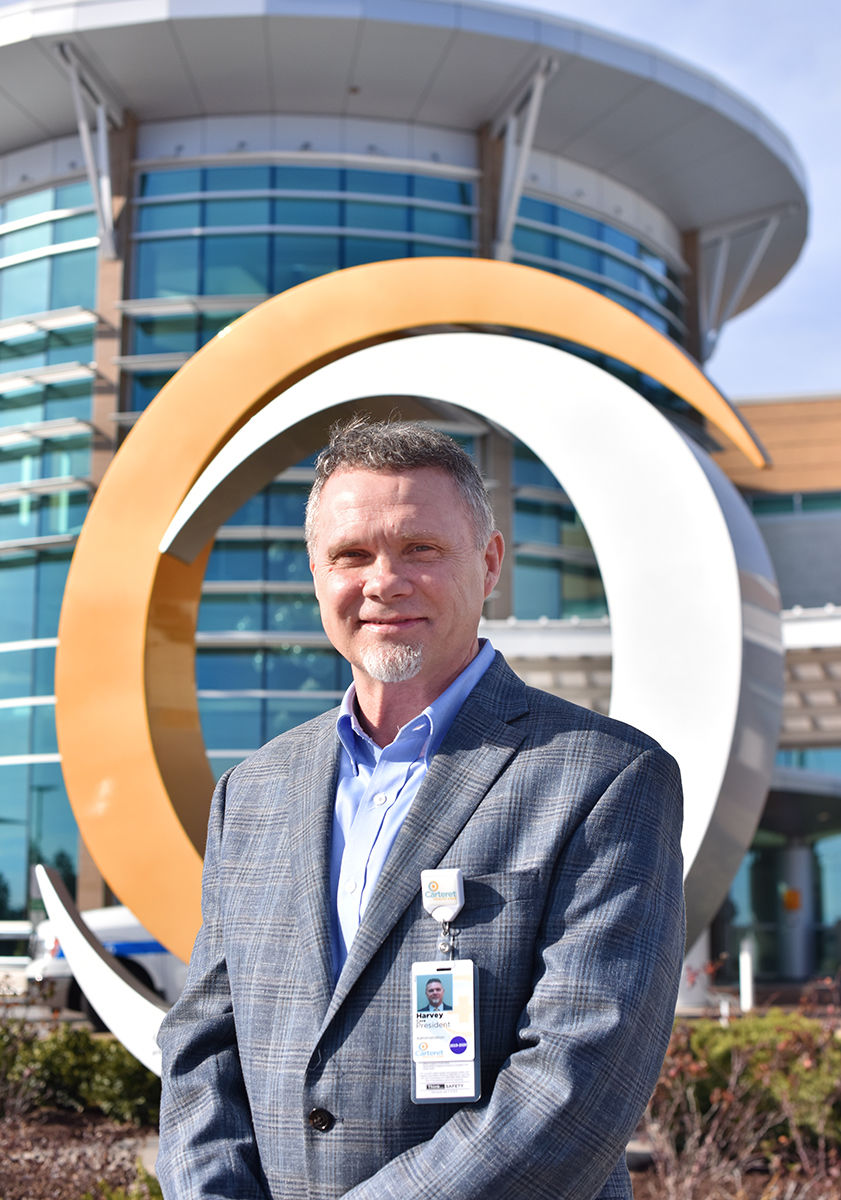 Former Carteret Health Care President and CEO Dick Brvenik stands outside the hospital off Arendell Street recently. He retired at the end of January after nearly eight and a half years with the community hospital. (Dylan Ray photo)

MOREHEAD CITY — Carteret Health Care saw a change of command this month, with former President and CEO Dick Brvenik handing off the baton as the hospital’s top official to Harvey Case.

Mr. Brvenik retired at the end of January after nearly 42 years in the health care industry. He was with CHC, the county’s community hospital at 3500 Arendell St., for about eight and a half years, since September 2011.

“I have been enjoying it (retirement) a lot. I was anxious a little bit about transitioning because I’ve been in health care for 42 years, which is hard to believe, and it went by very rapidly,” he told the News-Times recently.

Mr. Brvenik oversaw rapid growth and some major changes in his time as CEO, notably the addition of a 120,000-square-foot specialty pavilion and a name change in 2015. He was also instrumental in the hospital’s inclusion in the Mayo Clinic Care Network, a partnership announced in November that officials hope proves fruitful for years to come.

Other highlights Mr. Brvenik touted were growth in medical staff, new programs, like the wound care and hyperbaric treatment center and a multi-disciplinary cancer center, and national distinctions in a number of areas.

“One of the things I feel strongly about, too, is what our staff call navigating to excellence, our operating model. I think that’s a real profound way of how we can work and what our staff can do for employee engagement and about continuous performance,” he also noted.

Throughout the changes, Mr. Brvenik said he is proud CHC has remained an independent, community-based hospital. He said the partnership with the Mayo Clinic should help maintain independence while offering some benefits of being in a larger health care system.

“I think this is a way for this hospital to have local control, autonomy, and they can be a little more nimble and move more quickly,” he noted.

Mr. Brvenik said he feels confident leaving the fate of CHC in the hands of Mr. Case, who also has years of experience in health care. Most recently he served as president of Vidant Beaufort Hospital in Washington. Prior to that, he held leadership positions at several other facilities throughout the eastern North Carolina region.

“I have known Harvey for several years in my time here, so I think the board made an excellent choice in selecting Harvey,” Mr. Brvenik said of the new CEO. “I think this is a fine hospital that has a lot of wonderful qualities and the right values, so there is a meshing of those values between Harvey and what is here, so I think his leadership is going to bring a lot of wonderful things.”

Mr. Case said he is excited to get started at CHC. His first official day was Jan. 27, and he said his first week was mostly spent getting acquainted with the hospital and staff.

Mr. Case anticipates the next few years will be an interesting time to be in health care. He said rapidly improving technology is changing the game in general and things like health insurance are due for major reform soon. He hopes to be able to guide the hospital into the future by staying at the forefront of industry changes.

“I think there’s a lot of opportunity to continue to grow the services we provide, looking at the relationship with the Mayo Clinic and determine how we can continue to enhance that relationship and just become the best that we can be,” he said. “I have a vision for this being the destination place to work, where people line up at the door to work here. If you get the best talent here that means we can provide the best care here, and there’s a lot to be said for just creating an environment where people can thrive and be their best.”

To that end, Mr. Case plans to maintain a strong relationship with Carteret Community College and the county school system. He, like Mr. Brvenik, also plans to keep the hospital an independent facility.

“Health care is important to all of us, some of us on the preventative side of just trying to make sure that we stay healthy, but certainly when people become sick they have a great place to go, there’s access to care, and we do it in the most efficient and effective way,” he said. “We want to be here for a long, long time and be successful for a long time.”

Mr. Brvenik said the thing he’ll miss the most from his 40-year-plus career are the people he met along the way. He said everyone at CHC, from the physicians and nurses, to administrative staff, to volunteers and board members, made an impact on him in some way.

“Hospitals are sort of like a little microcosm of a city or a county, you’ve got people with every kind of background, all kinds of skill sets, highly trained and educated, so it’s pretty exciting to be around that, and it’s a real strong-knit community and team and family,” he said. “That’s what I’m going to remember the most.”