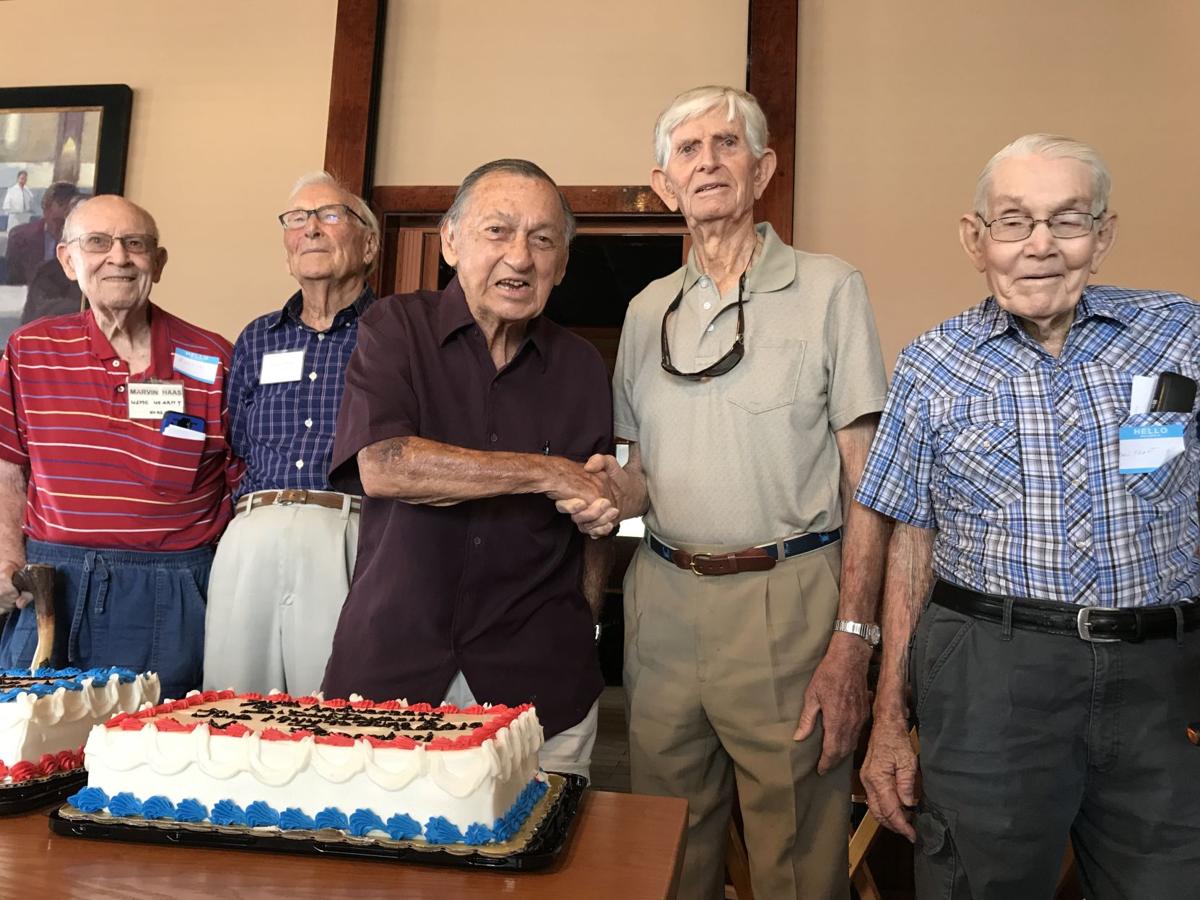 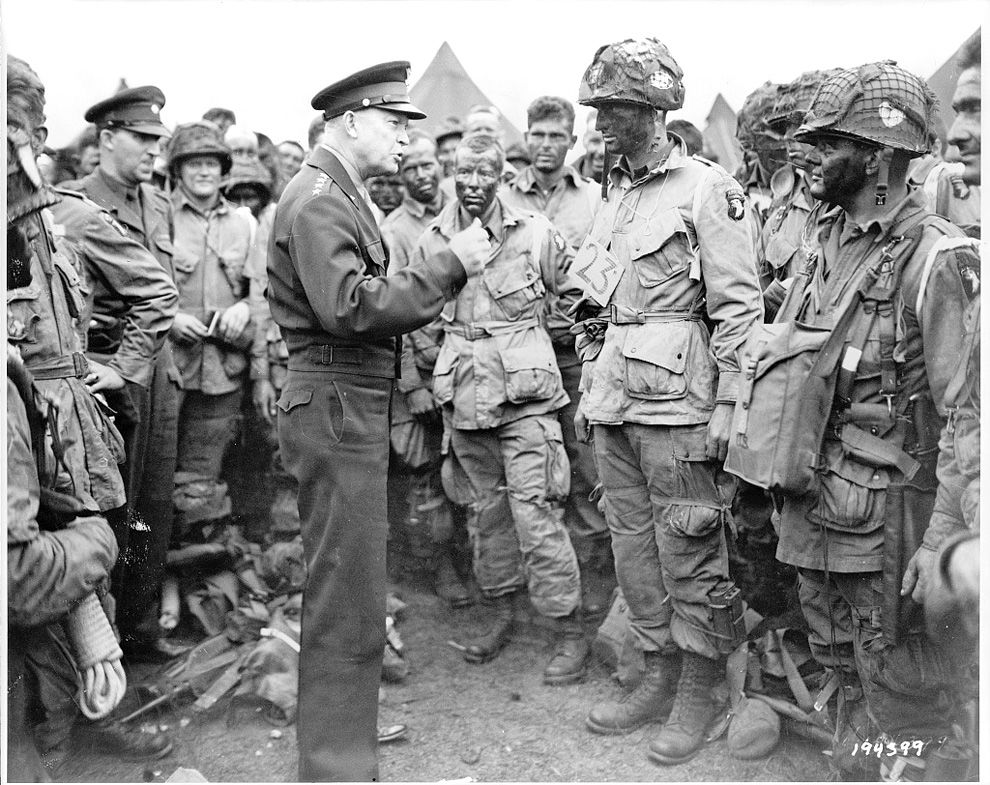 MOREHEAD CITY — Thursday marks the 75th anniversary of the Battle of Normandy, also known as D-Day, and the veterans of the Retired Old Men Eating Out group, better known as ROMEO, gathered Monday at No Name Pizza to remember the occasion.

The Battle of Normandy took place June 6, 1944, and marked the beginning of the end of World War II.

“This greatest generation saved the world, and we owe our freedom to each and every one of them,” Hank Gotard, Carteret County Veteran’s Service officer, said of those who fought during World War II.  “We will be forever in their debt.”

Mr. Frost was in China that June 6. He said he did not know much about the details leading up to the battle, but he knew it was something that must be done.

“There were many (people) killed to start with,” he said. “We had to do something.”

During the meeting, U.S. Navy veteran Bob White read some facts about D-Day from VFW magazine.

According to the magazine, of the more than 1.5 million Allied troops deployed to England at the time, about 156,000 of them crossed the English Channel and landed in Normandy on D-Day. Half the troops were American.

The magazine also quoted WWII Navy veteran Samuel Eliot Morison, who estimated some 5,000 types of vessels ­– including landing craft ­– transported about 132,000 U.S. and Allied troops from England to Normandy June 6, 1944.

Mr. White also read that 12 soldiers earned the Medal of Honor during the Normandy campaign.

It was estimated at least 3,500 people were killed in action.

Thousands of U.S. paratroopers were dropped behind enemy lines on Utah Beach. Forces landed more than a mile away from their intended destination, due to strong currents.

Omaha Beach was the bloodiest of the D-Day beaches, with around 2,400 U.S. troops turning up dead, wounded or missing.

Around midnight, British airborne troops, along with a battalion of Canadians, dropped behind enemy lines on Sword Beach to secure the invasion’s eastern flank, just as the Americans were doing near Utah Beach.

The Battle of Normandy lasted from June to August and resulted in the Allied liberation of western Europe from Nazi Germany’s control.

According to history.com, the invasion was one of the largest amphibious military assaults in history and required extensive planning.

Prior to D-Day, the Allies conducted a large-scale deception campaign designed to mislead the Germans about the intended invasion target.

By late August 1944, all of northern France had been liberated, and by the following spring the Allies had defeated the Germans.

The veterans in attendance at the ROMEO meeting this week said they were touched by the sacrifice of those who participated in the Battle of Normandy.

“It was astronomical, the number of people, planes and ships involved in D-Day,” he said.

As well as discussing D-Day, the group heard from retired Judge Douglas McCullough, who wrote Sea of Greed: The True Story of the Investigation and Prosecution of Manuel Antonio Noriega.

According to the book’s description on Amazon.com., “When the Coast Guard hailed a Gulf Coast shrimp trawler near Cape Lookout, North Carolina on the fourth of July weekend in 1982, the routine stop set into motion a chain of events that ended with the U.S. invasion of Panama, the overthrow of dictator, Manuel Noriega, and the biggest drug bust in America’s history.”