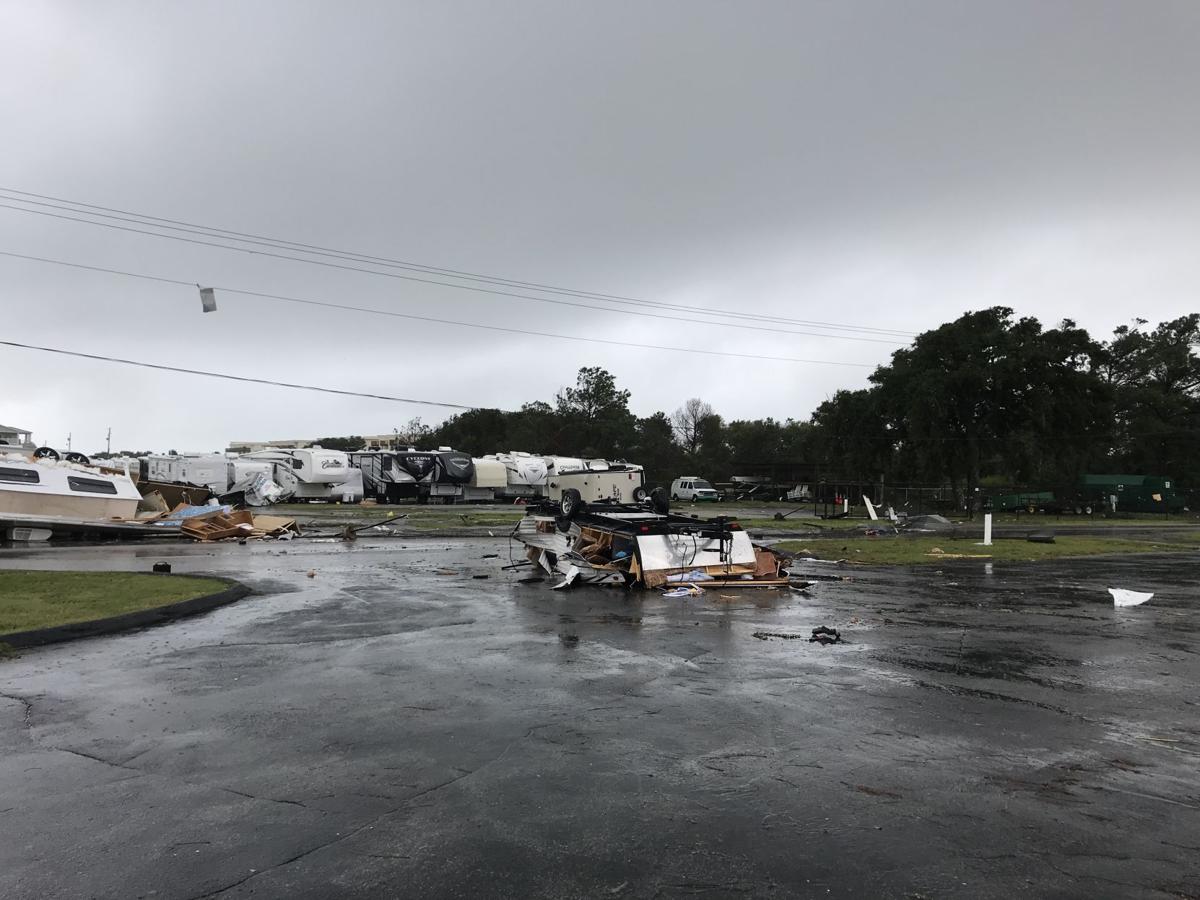 An RV sits destroyed by a tornado that touched down in Emerald Isle around 9 a.m. Thursday. (Town of Emerald Isle photo) 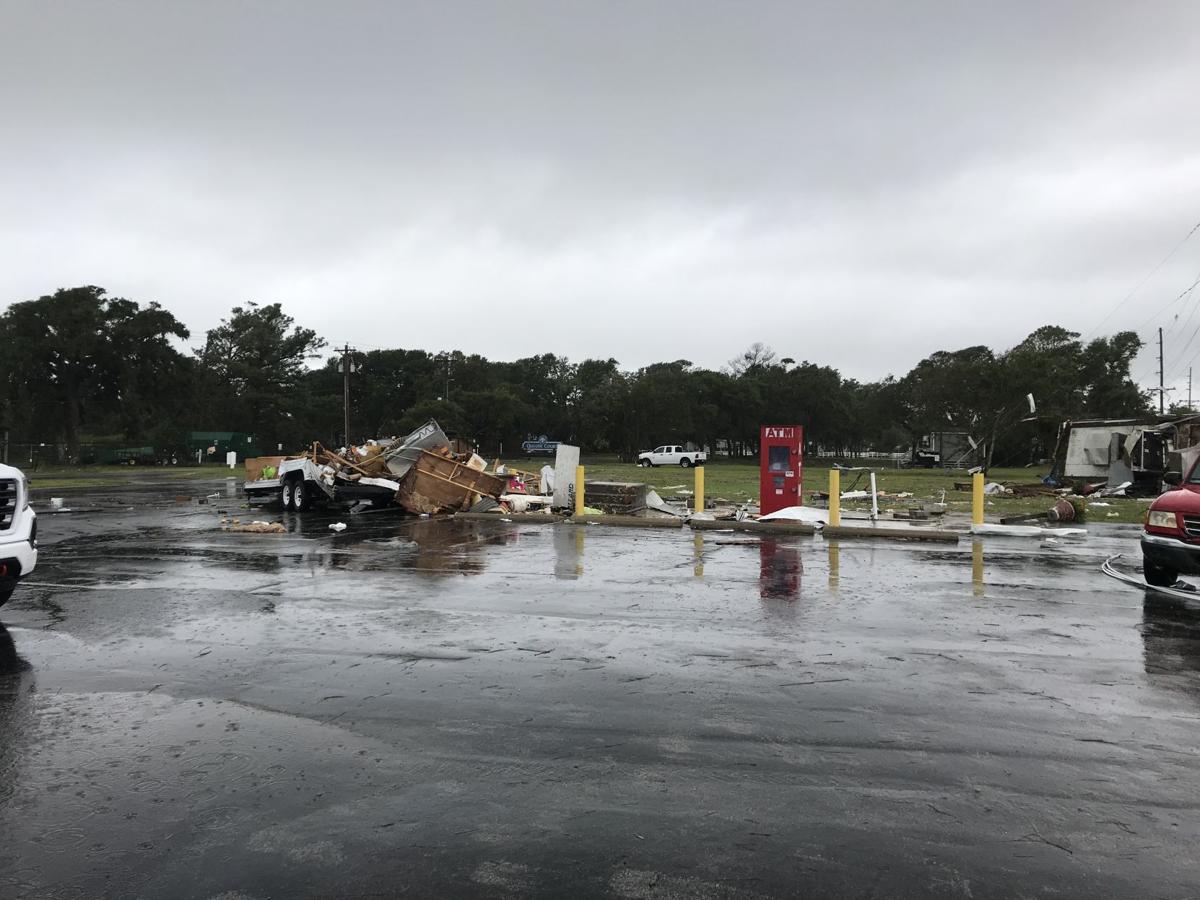 A tornado left behind damage to the Boardwalk RV Park off Islander Drive in Emerald Isle Thursday morning. (Town of Emerald Isle photo) 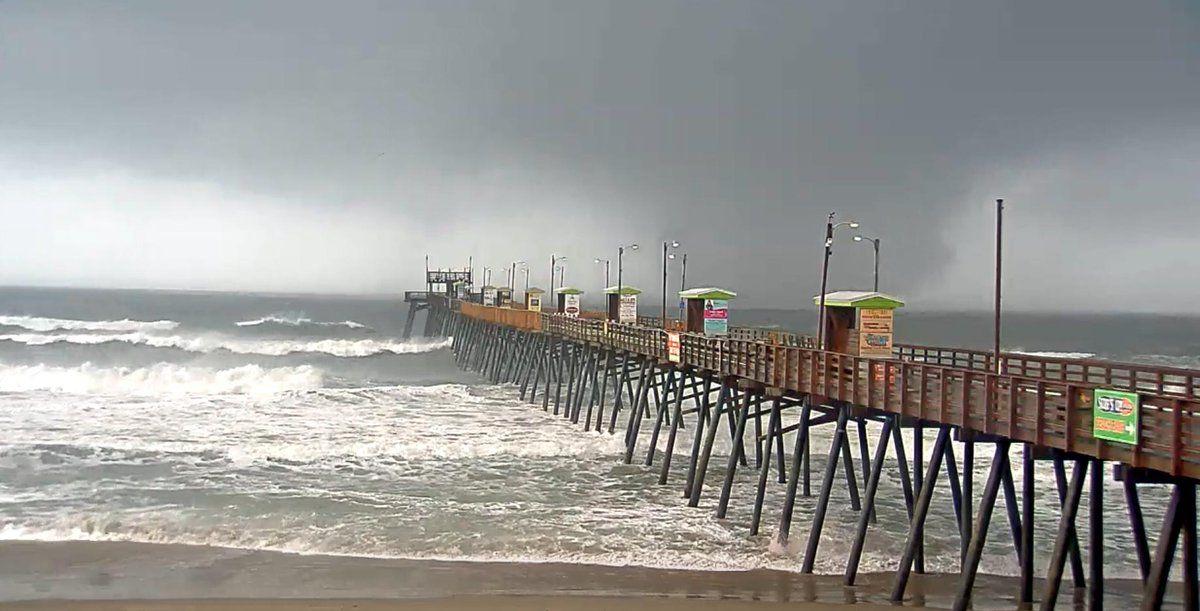 An RV sits destroyed by a tornado that touched down in Emerald Isle around 9 a.m. Thursday. (Town of Emerald Isle photo)

A tornado left behind damage to the Boardwalk RV Park off Islander Drive in Emerald Isle Thursday morning. (Town of Emerald Isle photo)

Editor's note: This article was last updated at Sept. 5 at 2 p.m.

CEDAR POINT — Town Commissioner John Nash said this morning the tornado that damaged the Boardwalk RV Park in Emerald Isle touched down briefly behind the AutoZone on the north side of Highway 58 at its intersection with Sherwood Avenue.

Mr. Nash said he knew of no damage other than to trees.

An AutoZone employee said there was no damage to the building.

The National Weather Service confirmed the tornado began as a water spout over the ocean.

It went past the Bogue Inlet Fishing Pier in the water around 9 a.m., according to owner Mike Stanley, and then came onto land and hit the RV park on Islander Drive.

According to town officials, it flipped and destroyed RVs and destroyed fences, and also caused severe damage to buildings at the Salty Pirate Water Park and to campers in a storage area.

Initial reports were that there are no injuries, but Emerald Isle Manager Matt Zapp said at 11 a.m. he was awaiting a report to confirm his original statement.

From there the tornado made its way to Cape Carteret and Cedar Point.

Cape Carteret Town Manager Zach Steffey said the twister was spotted in his town along Manatee Drive, above the tree line. Police officers tracked its progress and checked for damage, but found none.

The tornado warning issued by the National Weather Service office in Newport around 9 a.m. also included the towns of Swansboro, Bogue, Cedar Point and Peletier, and expired at 9:45 a.m.

The entire region remains under a tornado watch as Hurricane Dorian approaches from the south.

The tornado reportedly began as a water spout that passed near Bogue Inlet Pier, then came ashore and hit the Boardwalk RV Park off Islander Drive. Pier owner Mike Stanley said he witnessed the spout form in the ocean and go ashore, where he saw it "tearing up trailers" in the RV park.

Mr. Zapp said as of 9:25 a.m., he had not heard of reports of any injuries related to the tornado. Emerald Isle EMS and other emergency personnel were on the scene Thursday morning. Islander Drive and Reed Drive are closed until further notice due to damage.