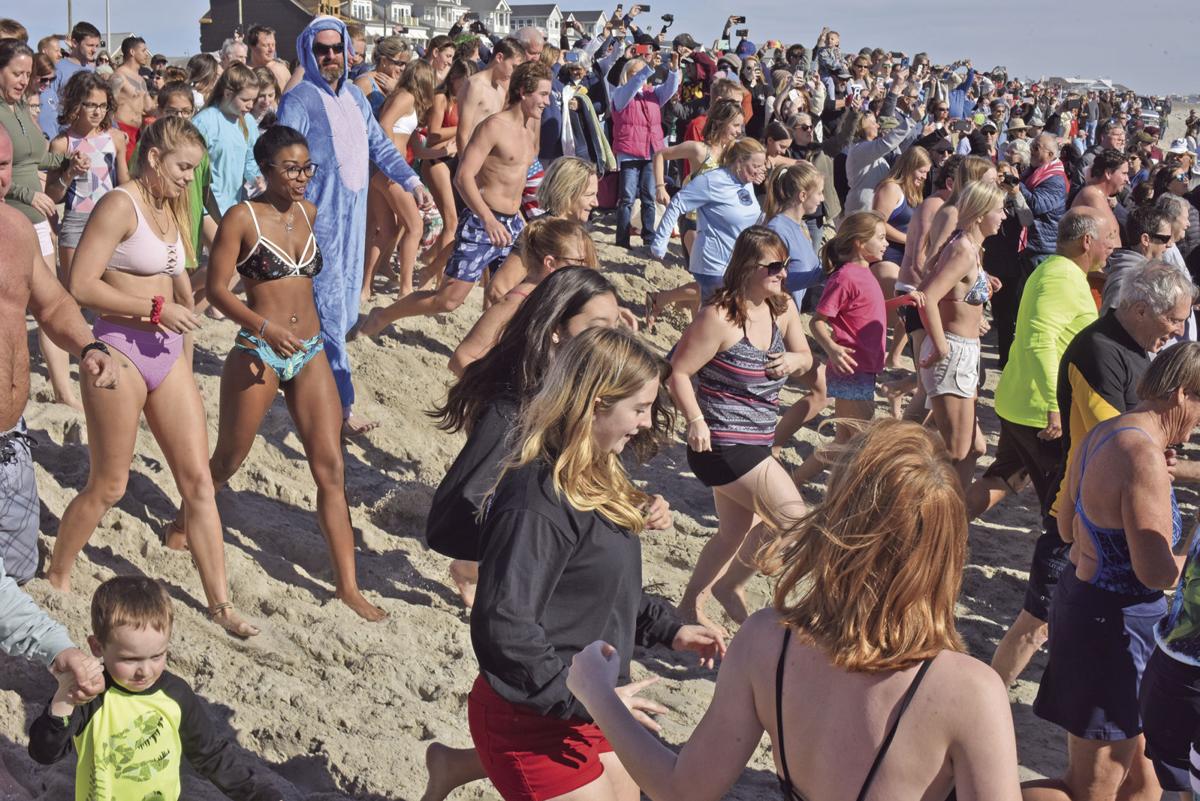 Hundreds of thrillseekers take to the winter waves Wednesday during the annual Penguin Plunge at Alfred B. Cooper Memorial Park in Atlantic Beach. (Dylan Ray photo) 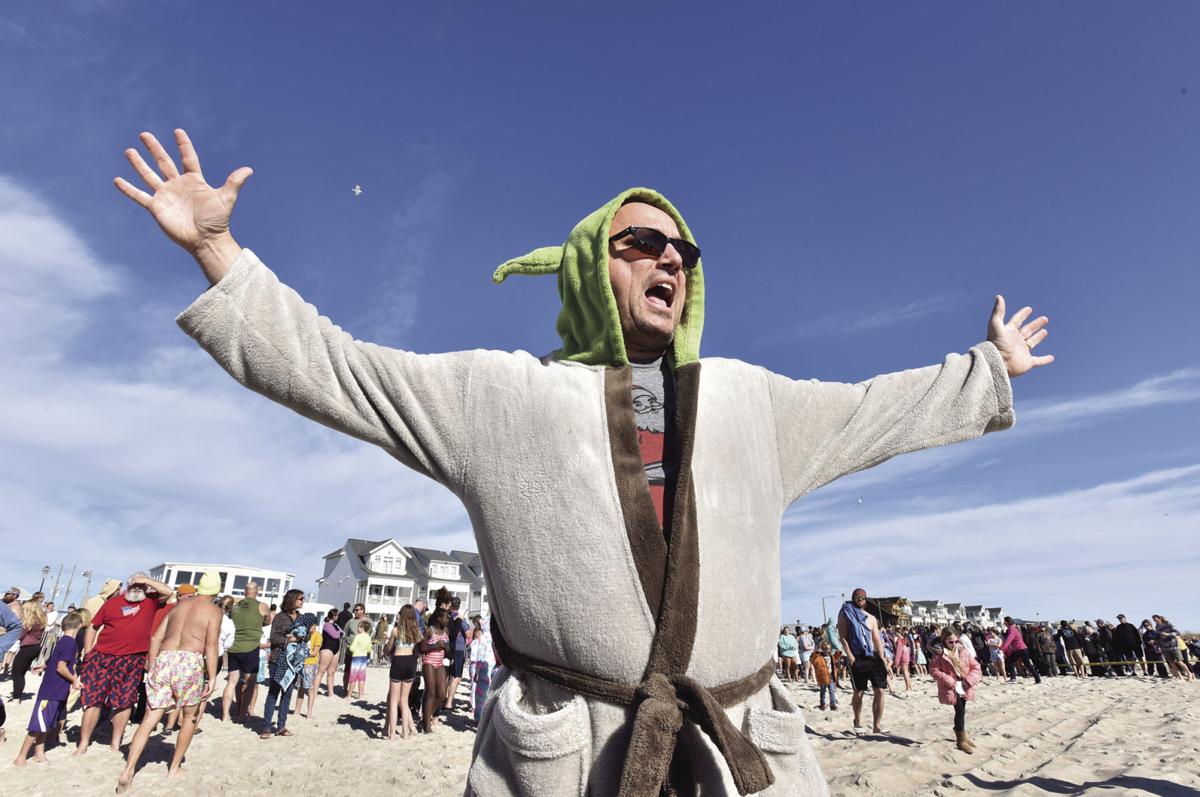 Hundreds of thrillseekers take to the winter waves Wednesday during the annual Penguin Plunge at Alfred B. Cooper Memorial Park in Atlantic Beach. (Dylan Ray photo)

atlantic Beach — A large crowd dashed into 2020 in a chilly way Wednesday during the 17th annual Penguin Plunge.

To start the new year, a group of people plunge into the Atlantic Ocean.

Proceeds raised before and during the Penguin Plunge benefit an area charity. This year’s charitable organization was The Salvation Army of Carteret County, which will use the funds for its building campaign.

Miriam Sutton, the event co-founder, said the Penguin Plunge is a way for people to bring in a new year and leave the old year behind and has become a popular tradition.

“It’s the first of the year. It’s a clean slate,” she said. “2019 was a rough year for a lot of people. Many were recovering from (Hurricane) Florence and (Hurricane) Dorian right after it.”

She said the Crab Claw, one of the event’s main sponsors, was still closed from Florence, but dedicated to sponsoring the event.

The weather for this year could not have been more agreeable, according to Ms. Sutton, with the air at a crisp 55 degrees, while the water was 59 degrees.

“The warm spell we had bumped it (the temperature) up a bit,” she said.

Before the plunge, many people in the crowd said they were excited for their brief dip in the water. Some dressed in elaborate costumes, while others donned nothing but swimsuits and water shoes.

Among those in costumes were “Squids R Us,” a group of friends who have participated in the Penguin Plunge for years. Their costumes were inspired by a red, green and yellow hat designed to look like a squid.

“We came across the hats and we went from there,” said “Squids R Us” member Dolly Berge of Morehead City.

Ms. Berge and her friends, Terry Butler of Goldsboro, Joan Bray, of Greenville and Jennifer Stephenson of Atlantic Beach, said they enjoy participating in the Penguin Plunge.

“This is our fifth year doing the plunge,” Ms. Berge said. “We love doing it. We laugh from the minute we get together until we hit the water.”

Ms. Berge said the coldest the water has ever been while participating was an icy 28 degrees.

For those who were participating in the plunge for the first time, “Squids R Us” only had one piece of advice: have fun.

There were plenty of first-time plungers this year.

Among them were Maj. Aaron Goldfarb and Capt. Jamie Goldfarb with The Salvation Army, who planned to take the plunge in full uniform.

“We are excited,” Capt. Goldfarb said. “We moved here in June and this is our first Penguin Plunge.”

Capt. Goldfarb said she was excited for The Salvation Army to receive the funds from the Penguin Plunge, as well as the opportunity to meet some of the members of the community.

Another newcomer for the Penguin Plunge was Glenn Isenhart from Michigan, who was in town visiting his sister. Decked out in nothing but a set of swim trunks, Mr. Isenhart said he was excited to participate.

When asked why he thought he would participate he said, “Why not? (It’s a way to) bring in the new year. We will make it a tradition.”

When it was finally time to make the plunge, the crowd rushed to the water, cheering and shouting.

Among those who were first in, and out, of the water were Kate Hopper of High Point and Jennifer Hance of Greensboro.

“It was amazing,” Ms. Hopper said. “It was not as cold as I thought it would be.”

The duo was dressed as old ladies in bathrobes, afghans and glasses. The pair was in town for the New Year’s holiday and decided to participate in the event for the first time.

“I looked at the city website and said, ‘I’m doing this,’” Ms. Hopper said. “It’s one of those bucket list kind of things, and it’s for a great organization.”