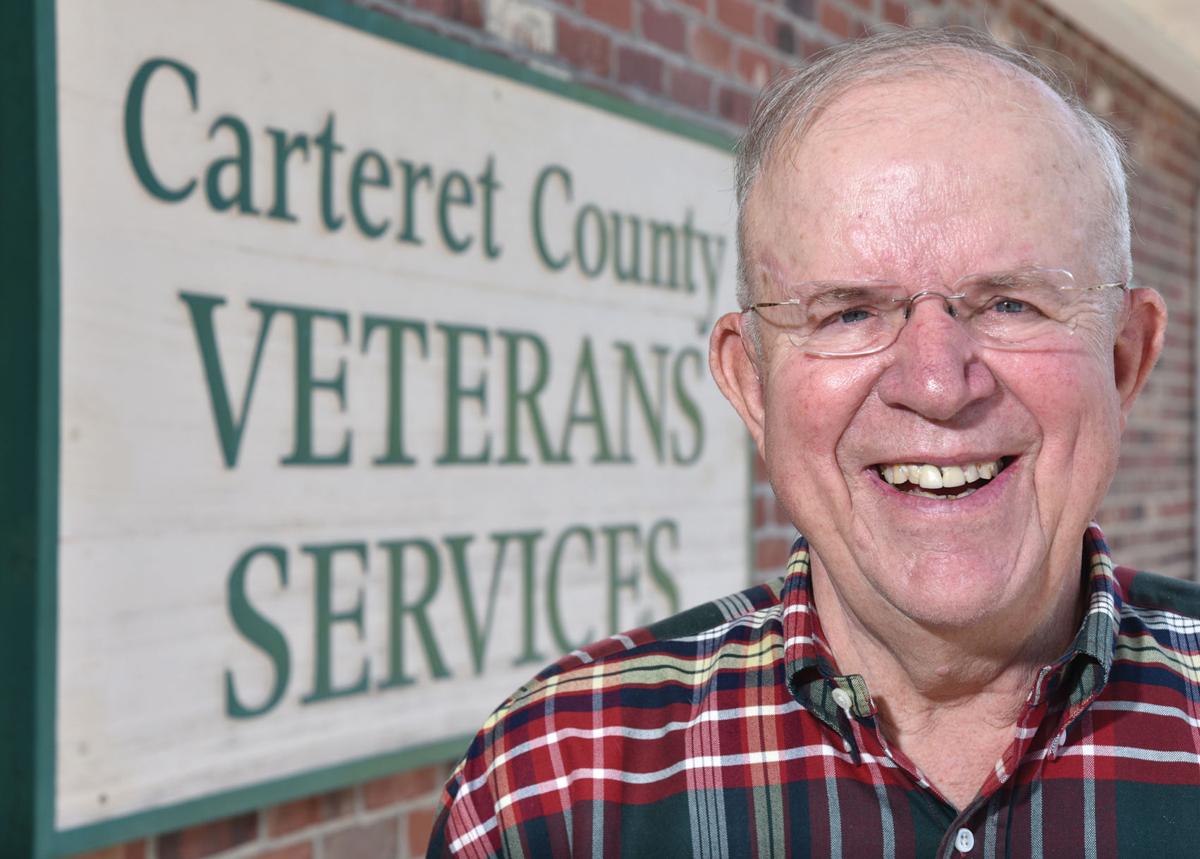 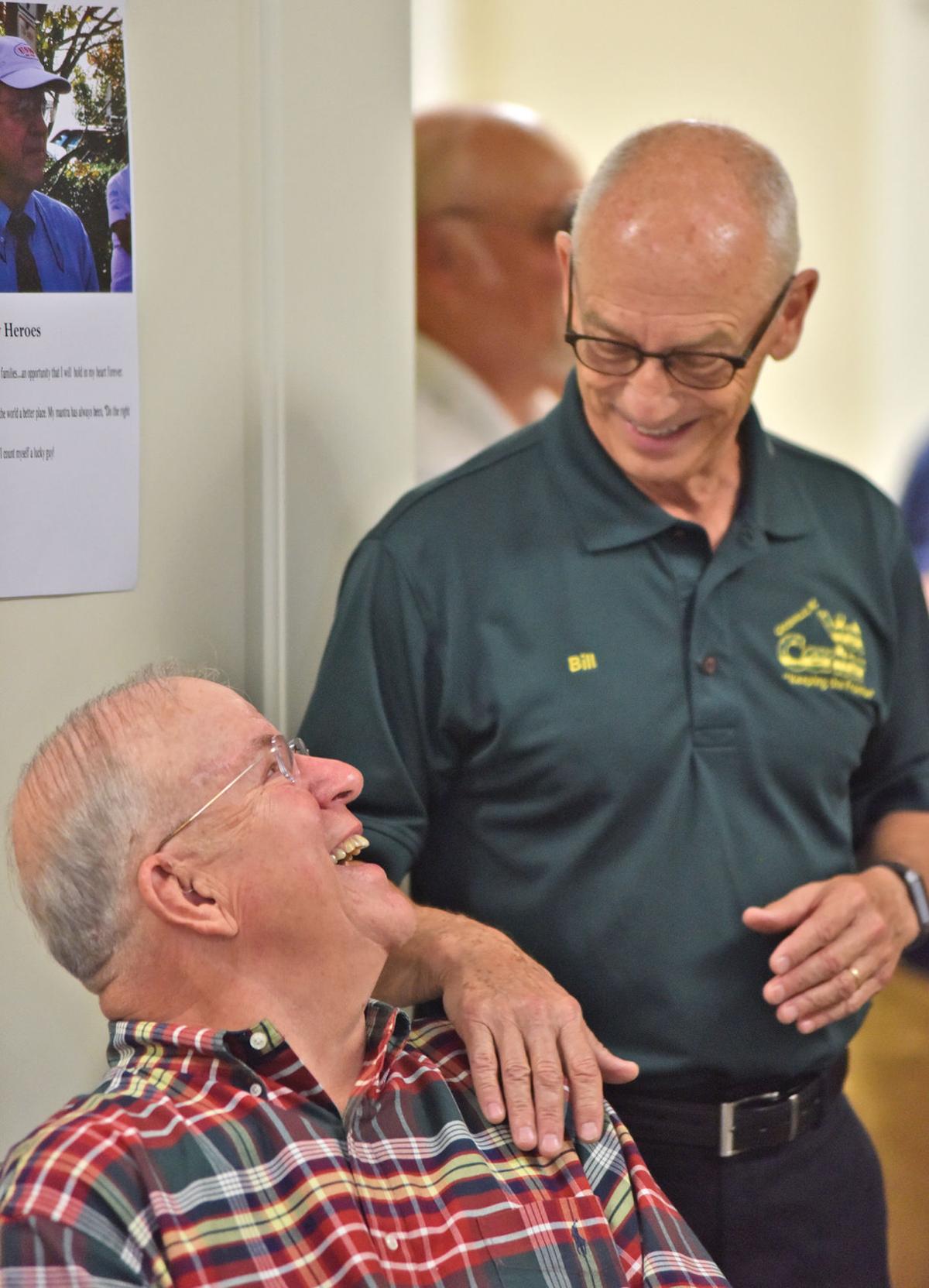 CARTERET COUNTY — After 24 years of serving the county’s veterans, Hank Gotard is retiring from his role of veterans services officer and director of the county office, effective Sunday.

Mr. Gotard served in the U.S. Marine Corps for more than 30 years, retiring as a colonel. He served in artillery and as a Naval aviator during the Vietnam War. After his time in the service, he decided to help fellow veterans by taking the veterans services officer position.

Mr. Gotard started in December 1994. In the beginning, his department was located in a small, two-room office in the back of the courthouse in Beaufort.

Veterans quickly realized Mr. Gotard was there to help and the space was eventually too small. After one other move, the veterans services office moved to Morehead City, where it is currently located.

When Mr. Gotard started his position, he was told by the assistant head of the Department of Veterans Affairs that Carteret County was the least-served county in the state for veterans.

Over time, he has supported more than 9,000 veterans and their families in Carteret County to make sure they are receiving the VA benefits they earned.

According to information released by the county, the 2018 Geographic Distribution of VA expenditures shows Mr. Gotard brought more than $75 million into the county in support of veterans.

He was also instrumental in bringing the Morehead City VA Clinic to the county, a project that took eight years.

Those who have worked closely with Mr. Gotard over the years recognize the work he has done for the veterans.

“I think he’s due the retirement,” said Bob Kirk, Veterans Coalition of the Crystal Coast coordinator and American Legion Post 46 past commander and current judge advocate. “He and Edie, his wife, they have worked double time for 24 years.”

Mr. Kirk said through Mr. Gotard’s efforts, the office grew from one worker in Beaufort to what it is today.

“When he got the job, he didn’t sit in the office and wait for veterans to come to him. He went out to find the veterans that were homeless and got them benefits they didn’t even know they were eligible for,” Mr. Kirk said.

Mr. Gotard recalled one such occasion when he first started.

A veteran was homeless and set up in Atlantic Beach. Mr. Gotard went to him to discuss the possibility of getting benefits and gave him money for a taxi to Beaufort.

After talking with the veteran, Mr. Gotard was able to get him a trailer and benefits.

“He and Edie brought the Memorial Day county ceremony to what it is today. They brought it from almost nothing to a very formal ceremony,” Mr. Kirk said. “The Veterans Day parade, start to finish, was 15 minutes and now it’s a solid two hours.”

To thank Mr. Gotard for his years of service, some of those he worked with threw a small, informal party Thursday at the Veterans Service Office in Morehead City.

John Johnston of Newport served in the U.S. Marine Corps and has known Mr. Gotard since 1977. Mr. Gotard helped him receive benefits.

“He got all the paper work done for me. He’s done it for 9,000 other people who live in the county,” Mr. Johnson said, noting that’s just who Mr. Gotard is.

“He’s a great guy to build up your confidence … he’s just a great guy. He helped the country in the military and the county and the veterans in Carteret County,” Mr. Johnson said.

Members of the County Board of Commissioners also said they will miss Mr. Gotard’s leadership.

“The Carteret County Board of Commissioners along with County staff, and on behalf of the Veterans and citizens of Carteret County, would like to publicly acknowledge Colonel Gotard’s service and contributions to our Veterans over the years,” reads a statement released Tuesday by the county.

“It is now time we salute you, Colonel Gotard, and pay tribute to you for your dedication and expression of love to the Veterans of Carteret County. The difference you have made for those that have served us, will never be forgotten. Well done indeed, Colonel; well done,” said Mark Mansfield, chairman of the board, in the release.

Mr. Gotard said he enjoyed serving as the veterans services officer and everything he did was to assist veterans, no matter how difficult the case was.

“We would keep working the system until we got where we needed to be,” he said. “We would not give up.”

The county is now taking applications for Mr. Gotard’s replacement. Applications can be found online at carteretcountync.gov. Mr.  Gotard’s salary was $65,002.72, and the minimum salary of the position is $52,823.41.

‘When he got the job, he didn’t sit in the office and wait for veterans to come to him. He went out to find the veterans that were homeless and got them benefits they didn’t even know they were eligible for.’