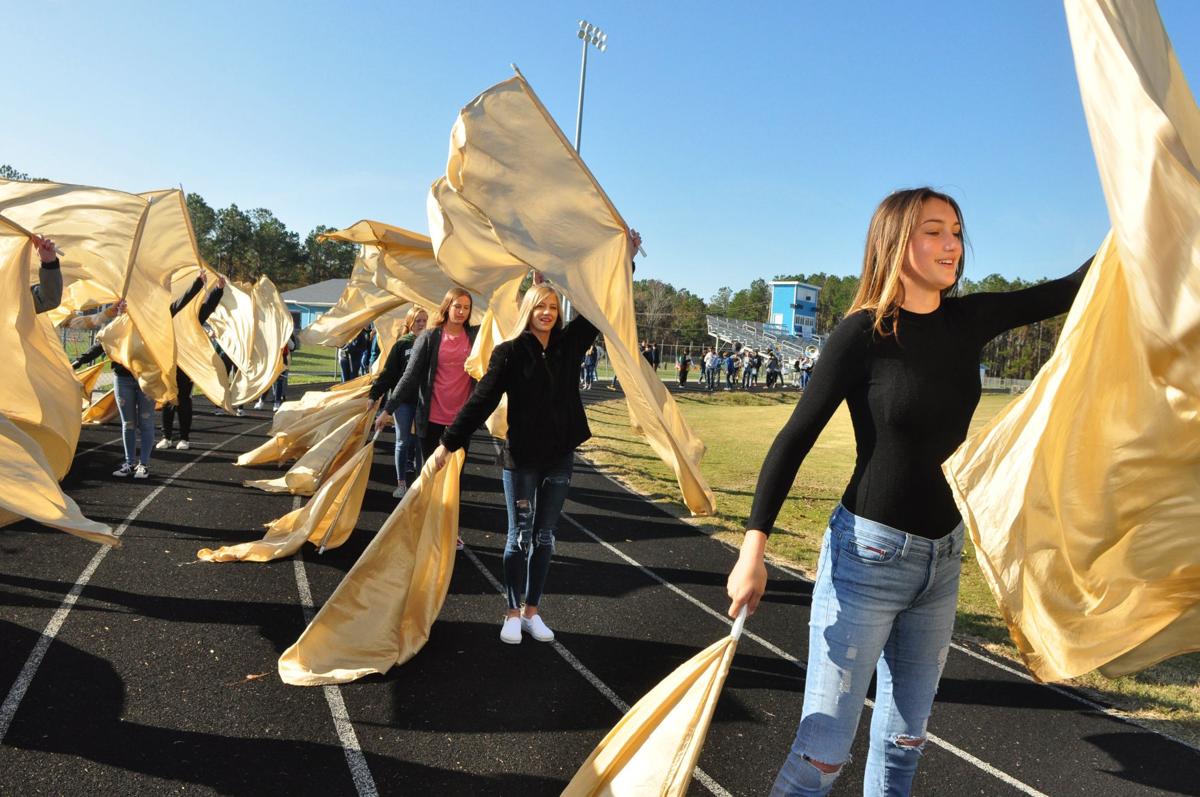 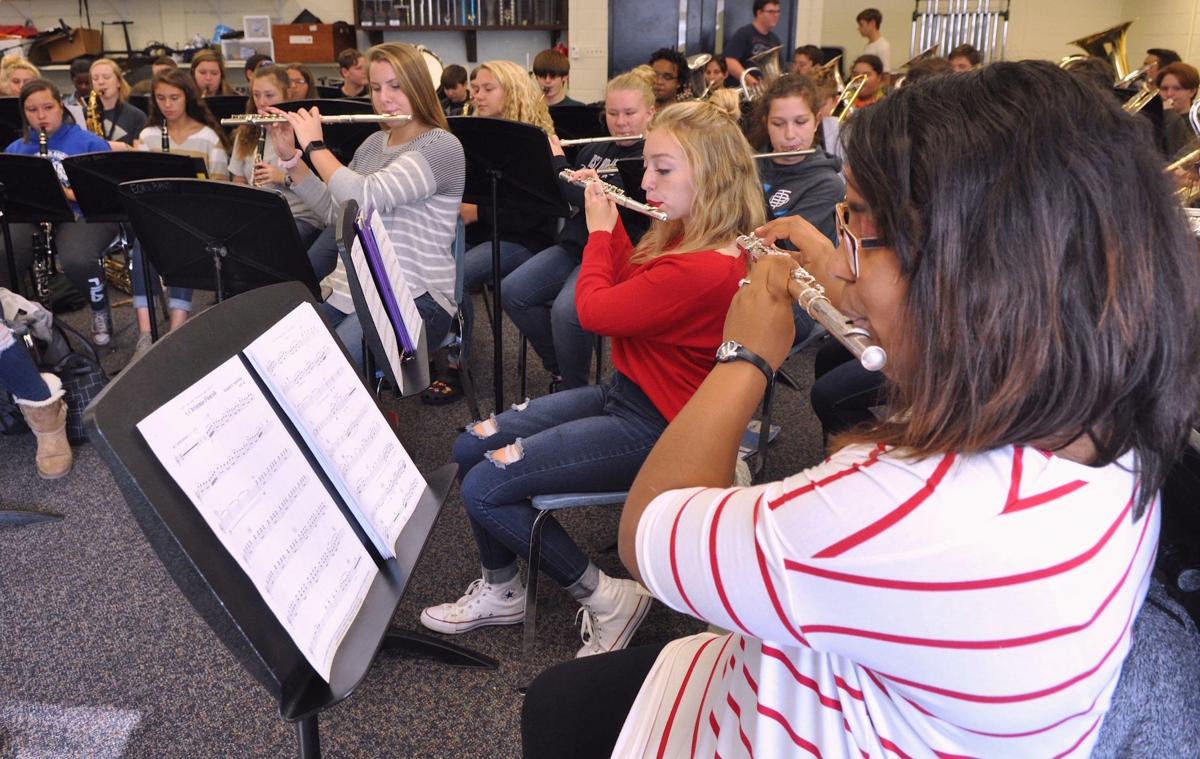 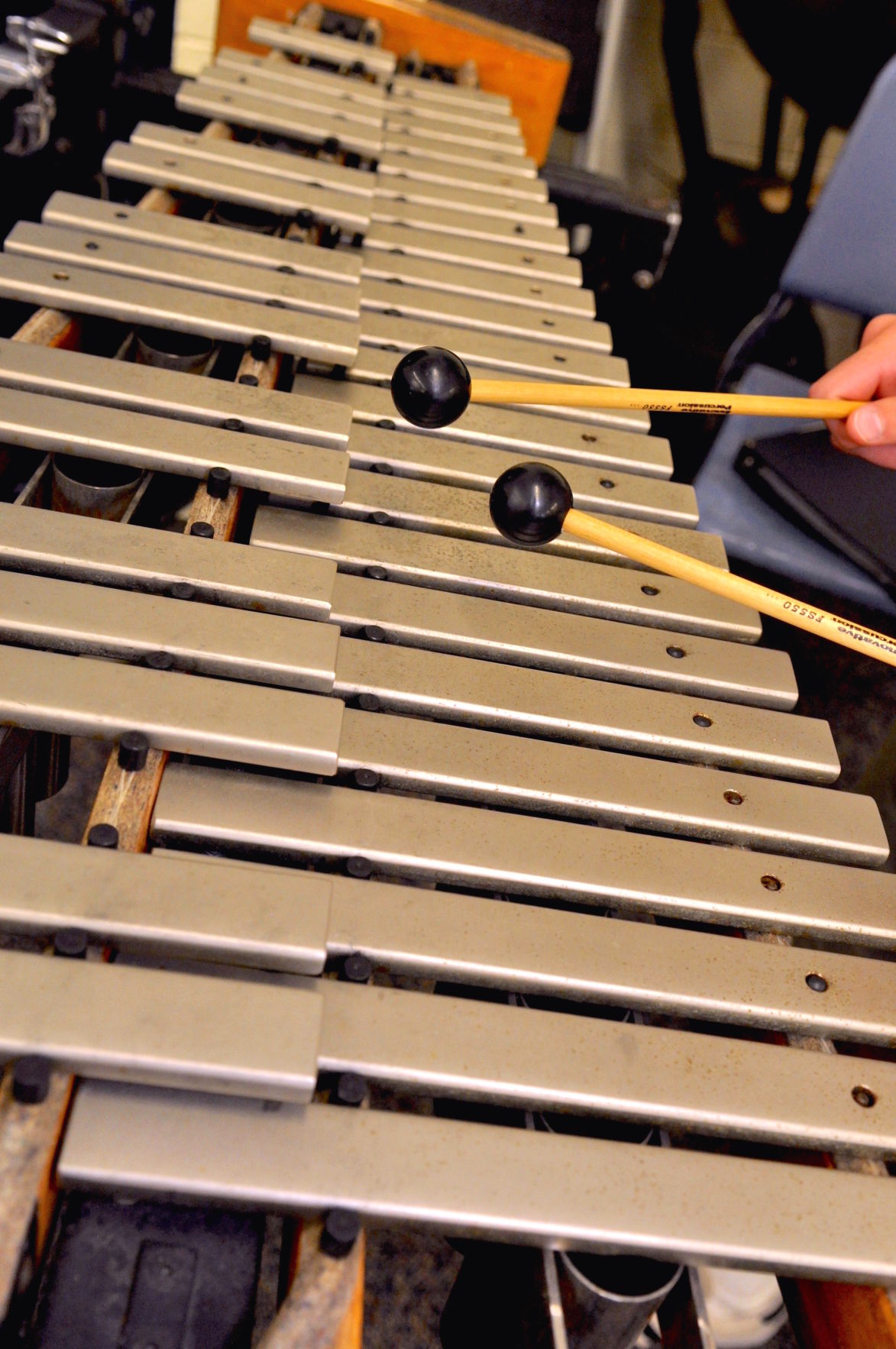 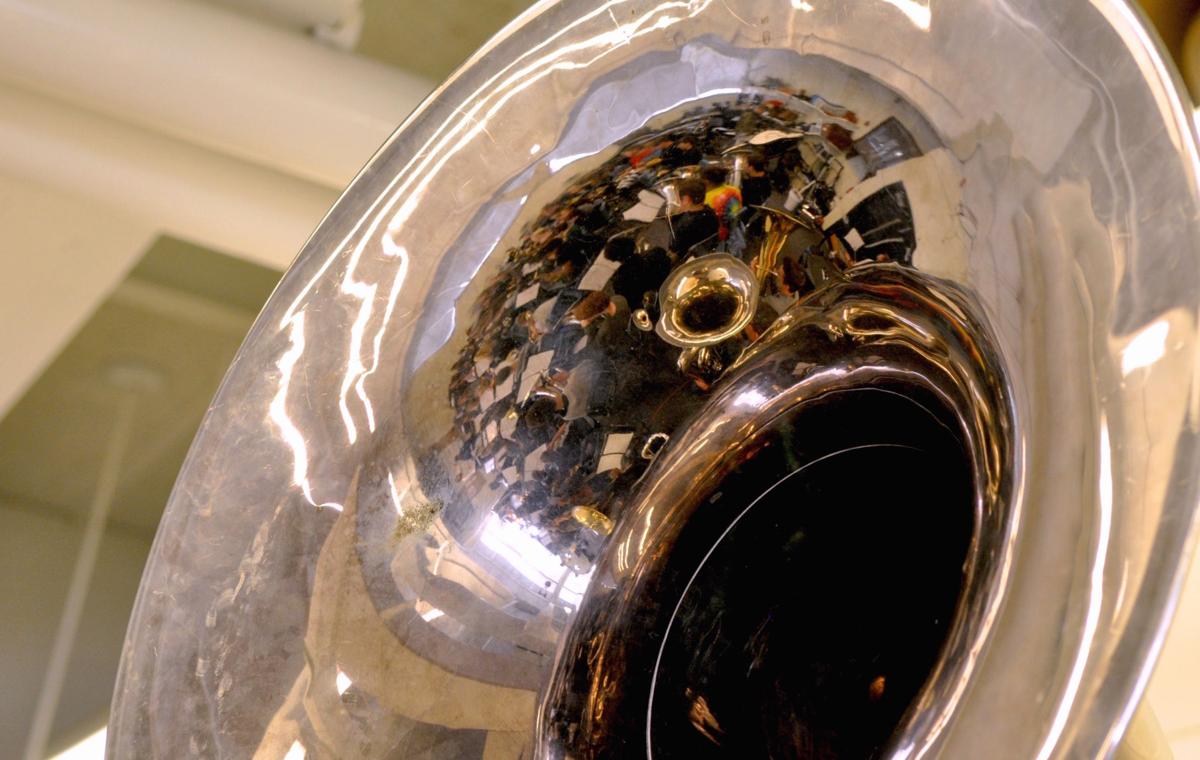 East Carteret High School band members rehearse Thursday, as seen in a tuba reflection. Band students will be heading to Disney World in March to perform in a parade. (Cheryl Burke photo)

East Carteret High School band members rehearse Thursday, as seen in a tuba reflection. Band students will be heading to Disney World in March to perform in a parade. (Cheryl Burke photo)

BEAUFORT — East Carteret High School band members have a lot to be thankful for this holiday season as they prepare to head to Walt Disney World Resort to perform in a parade.

Marching Mariners band director Ashley Wright said Thursday the band will be at Disney World in Orlando, Fla., Friday-Tuesday, March 27-31. They will perform Sunday, March 29, with the exact location and time still to be determined.

“I am very excited to take the kids on a long trip because they haven’t been in a while,” Ms. Wright said.

In order to perform at Disney, Ms. Wright said the band had to apply and send a performance video, which they did in May. They were notified in June they were accepted. However, it wasn’t just a matter of being accepted, but making sure the band would be able to raise the funds to make the trip, according to Ms. Wright.

“We told the kids at the beginning of the school year,” she said. “We didn’t want to tell them until we knew we could secure funding for the trip.”

Since making the commitment, the ECHS band boosters and students have been feverishly working to raise the estimated $100,000 needed to make the trip.

“We essentially lost a whole year of fundraising because of Florence,” Ms. Simpson said. “We are trying to make up for lost time.”

The band boosters have already held several fundraisers, including a golf tournament Saturday. Ms. Simpson was hopeful the tournament would get them near a $30,000 goal to secure the two charter buses needed to transport the 92 students making the trip.

The remainder of needed funds is to cover the general cost for each student. Plus, the band is setting aside money to help students who can’t afford to pay for the trip or don’t raise enough money.

Ms. Simpson said there are plenty of fundraisers yet to come and students are currently selling business discount cards. The cards are $10 each and provide discounts at area businesses.

As part of Giving Tuesday, Moore’s Barbecue in Morehead City is planning a fundraiser Tuesday, with a portion of proceeds from meals sold from 5-8 p.m. going to the ECHS band.

Bella Hair Studio in Morehead City is selling raffle tickets for $10 each for a weekend getaway. Tickets will be sold through Friday, Dec. 20.

While it’s a lot of work, Ms. Simpson, who has a senior in the band, said it’s well worth the effort.

“My last daughter is a senior, so this is quite an exciting adventure to get to share,” Ms. Simpson said. “These students have traveled as far as Winston-Salem for the Regional Bands of America competition, but this will be their first trip out of the state with the band in their four years. For some, it will be their first time out of the state ever.”

Ms. Simpson said the goal of the boosters is to provide an out-of-state opportunity at least once every four years.

“A Disney World Performance is a magical moment, but part of the magic is providing opportunities for students that they would never get,” she said.

Band students said they are thrilled to get to share in the trip with classmates.

Junior drum major Riley Morris said, “I know the band hasn’t taken a trip of this caliber in a long time so I was pretty excited about it.”

“I am so excited. We haven’t gotten to participate in something this big in my high school experience,” she said.

As well as performing in the parade, students will be able to visit three Disney theme parks.

Those interested in donating to help the band take the trip can donate through PayPal on the band’s Facebook page at paypal.me/echsmarchingmariners.

‘A Disney World Performance is a magical moment, but part of the magic is providing opportunities for students that they would never get.’