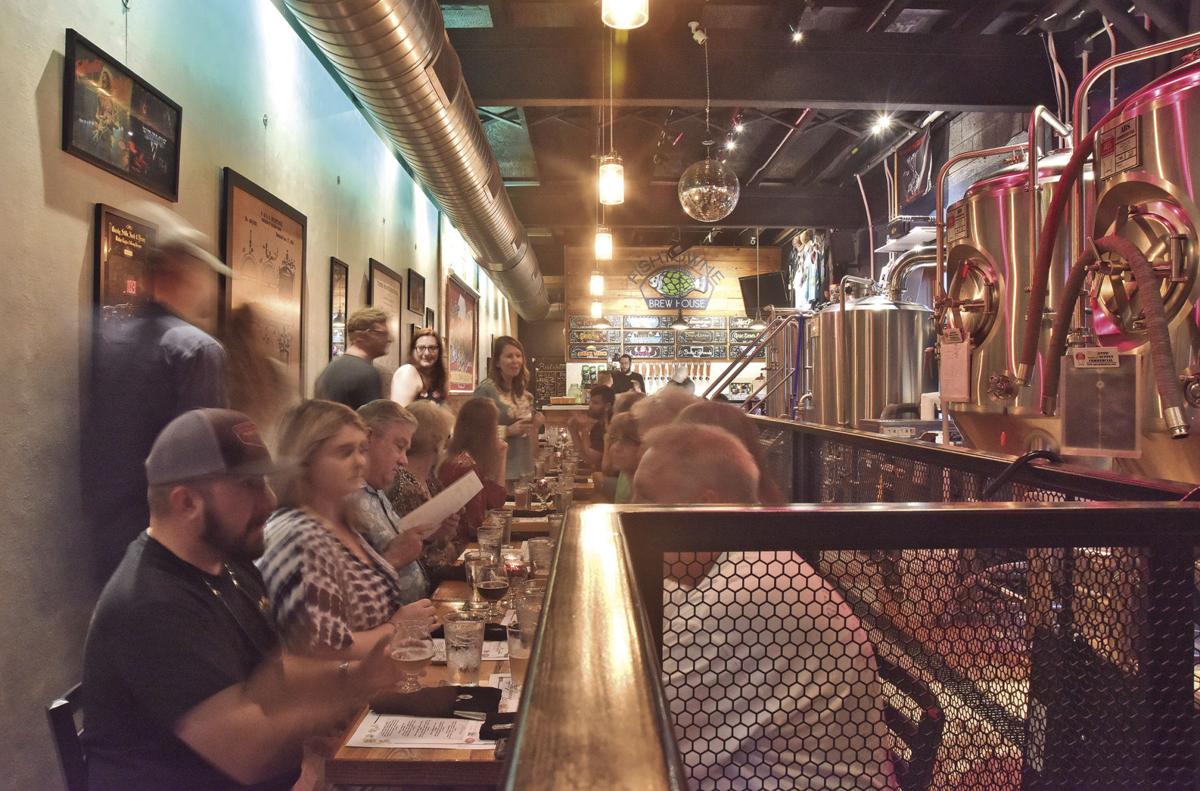 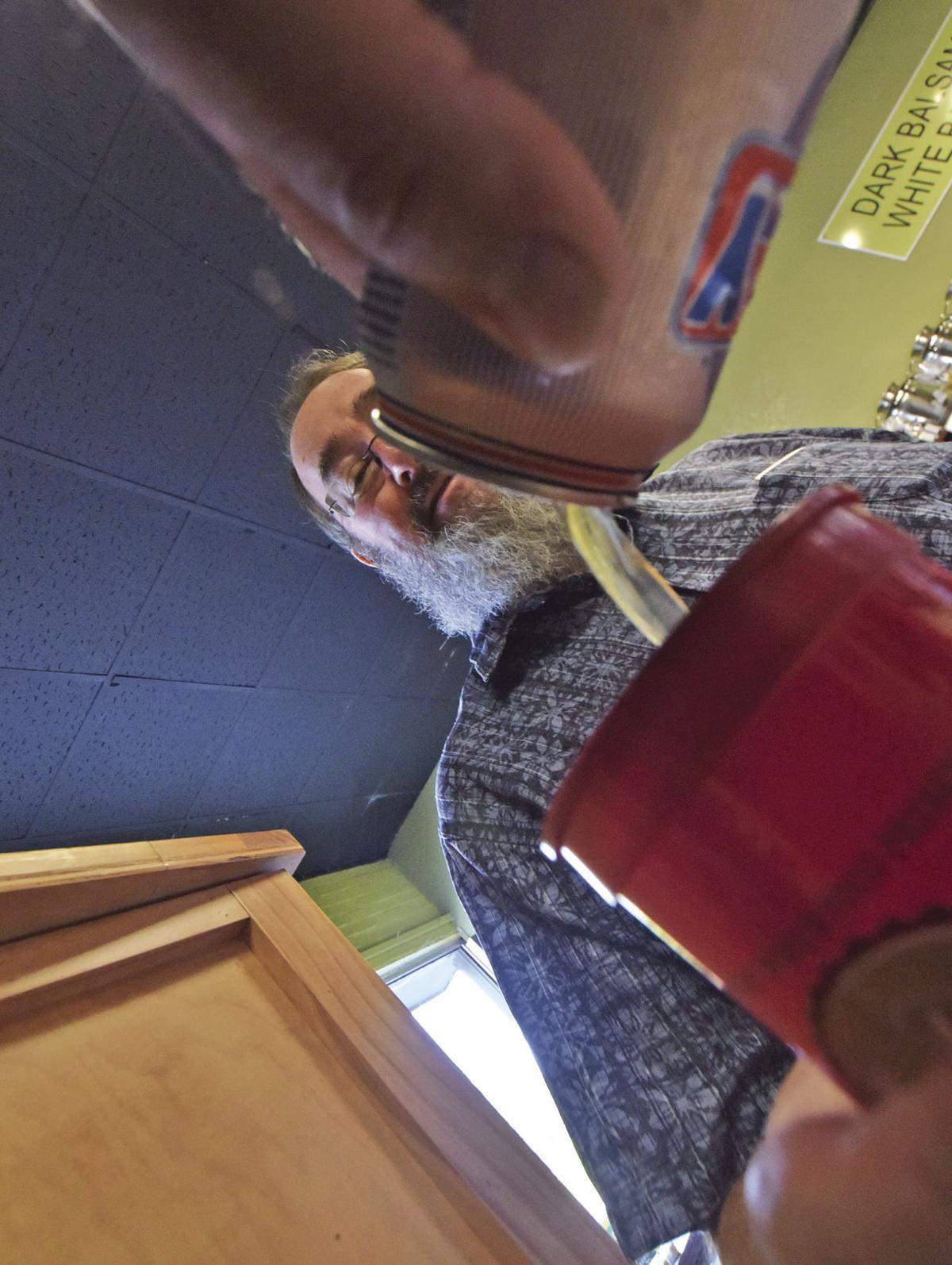 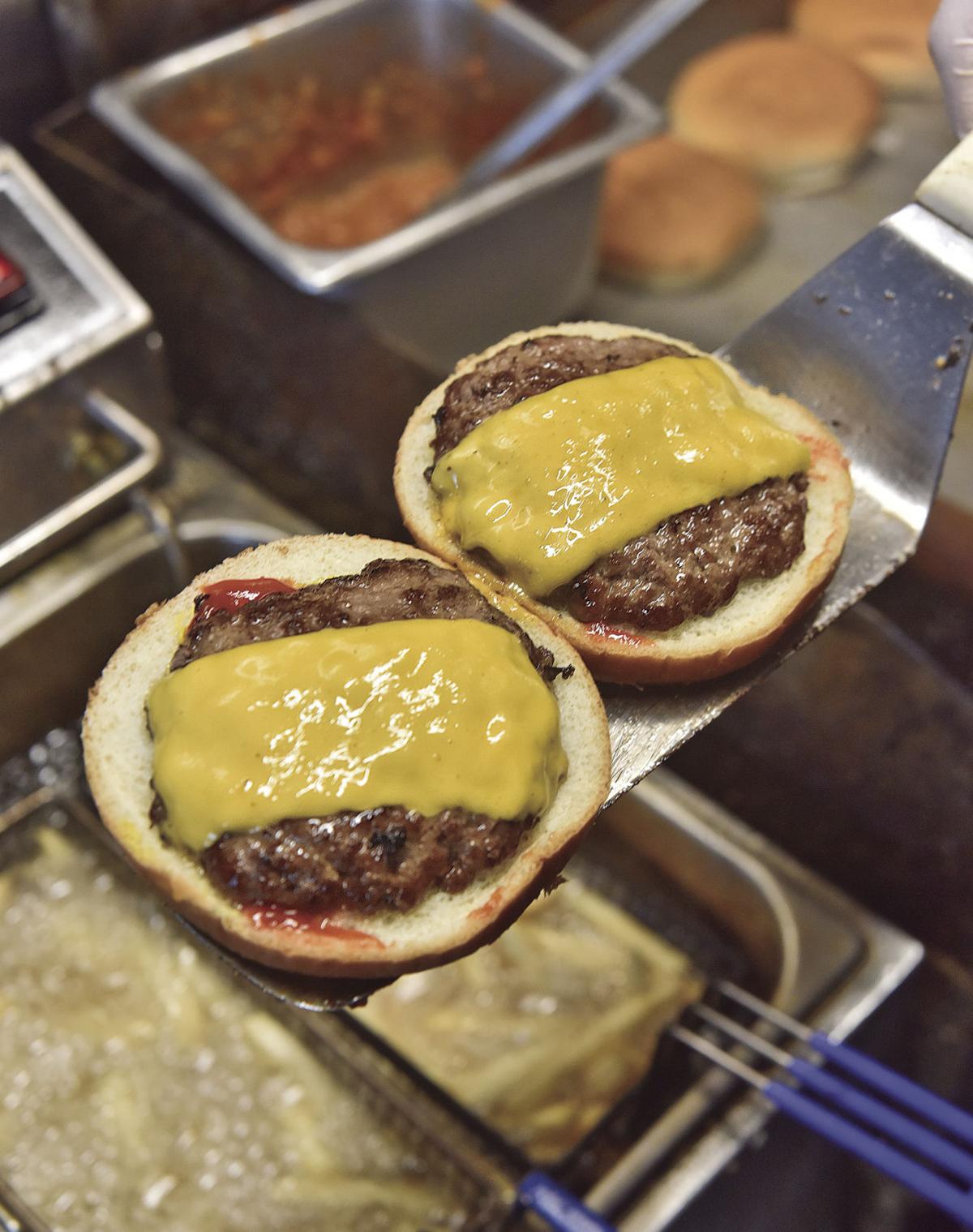 Cheeseburgers from the Royal James Café in Beaufort are cooked to order Friday for pub crawl patrons as they tour local hot spots. (Dylan Ray photo) 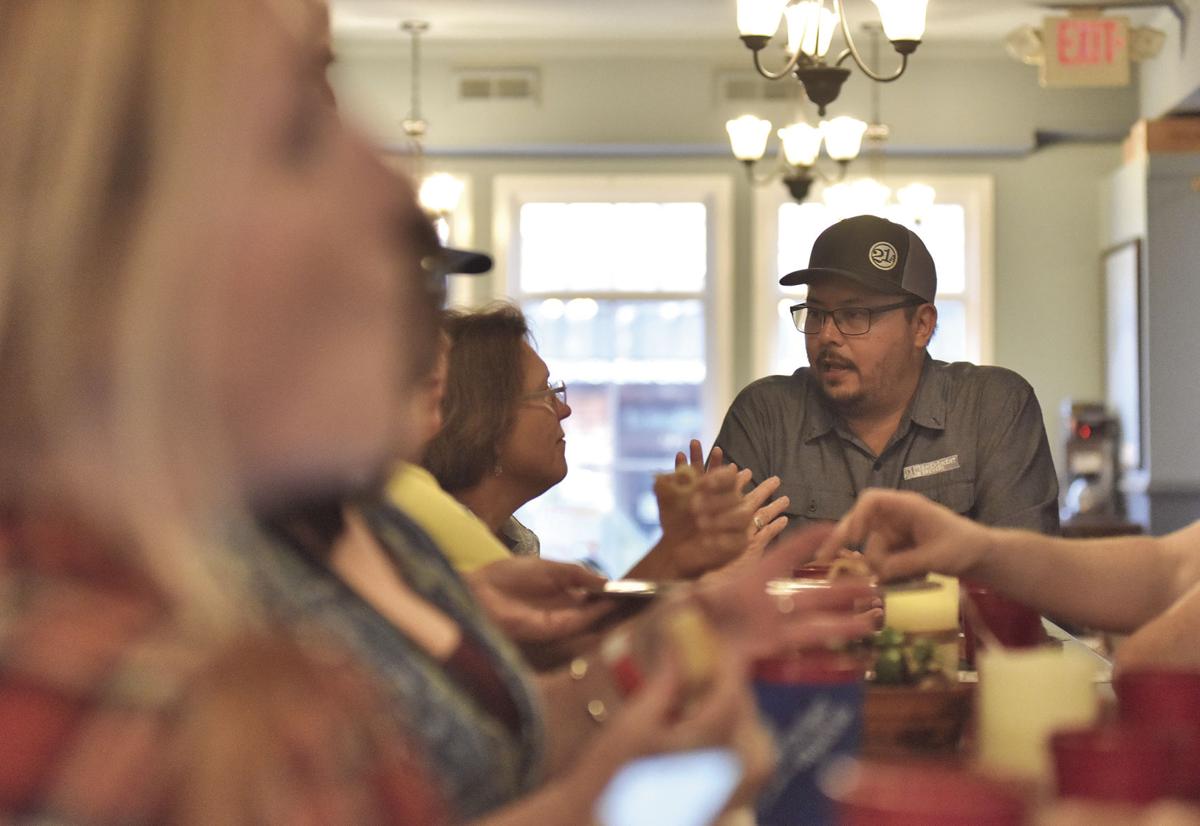 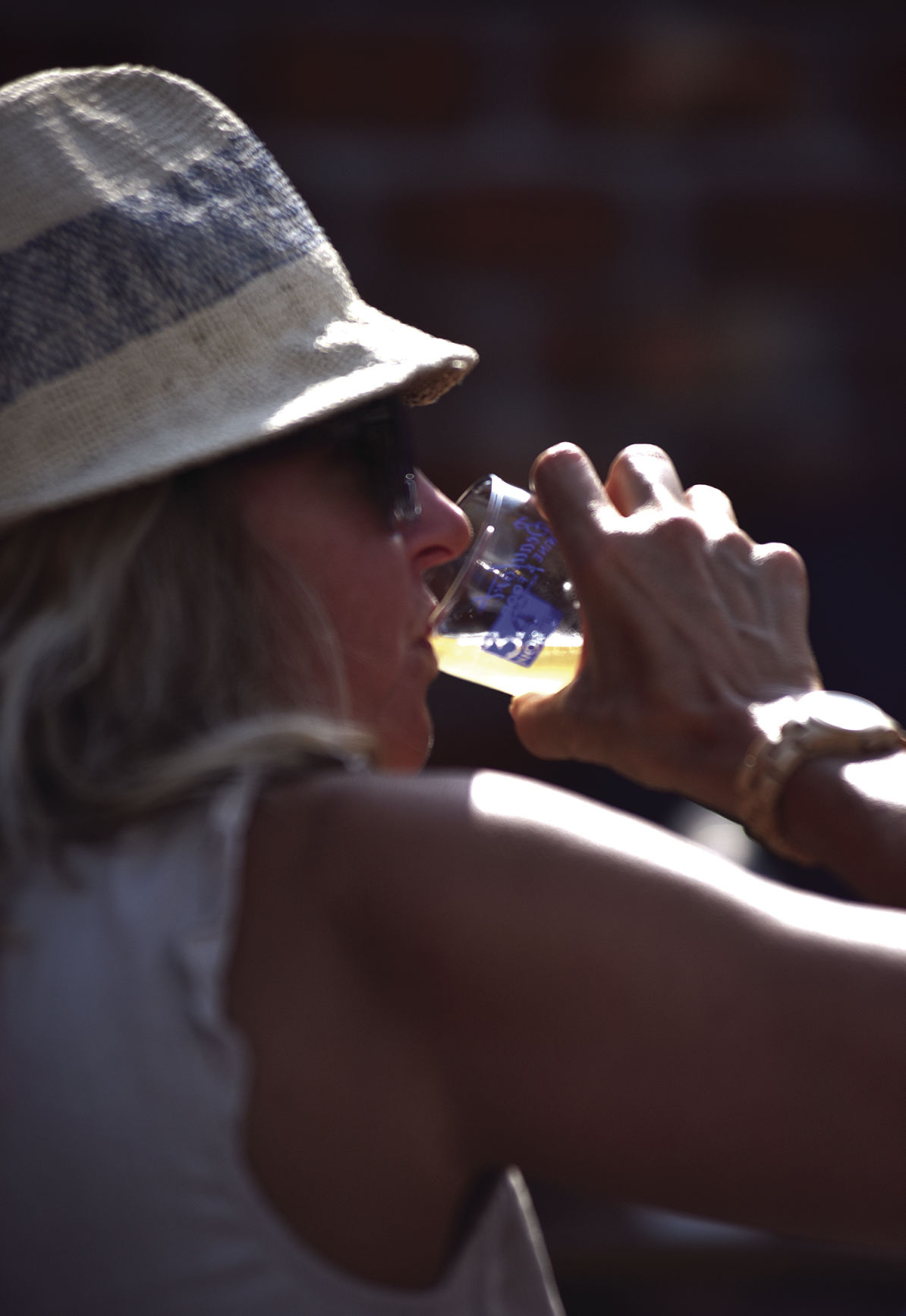 Cheeseburgers from the Royal James Café in Beaufort are cooked to order Friday for pub crawl patrons as they tour local hot spots. (Dylan Ray photo)

The festival started Thursday with a beer dinner at Fishtowne Brew House, featuring cuisine by Clawson’s 1905 Restaurant and the brew house’s beverages.

Next up, on Friday, was a beer seminar at Backstreet Pub, featuring a number of breweries, and the night’s hottest event, the Pub Crawl.

The crawl started at BWF’s office on Middle Lane, and participants made their way throughout downtown Beaufort, sampling beers and bites to eat.

At Beaufort Olive Oil, Ross Dunn with Billy Beer, based in Walstonburg brought samples of the light American lager and the Wild Mexican lager.

“These are light, crispy, easy beers,” Mr. Dunn said. “They are a great beach beer.”

Among those sampling the Wild Mexican lager was Mike Walters from Pine Knoll Shores.

Mr. Walters said he was surprised by Billy Beer’s selection.

“We thought most of these would be IPAs because they are so popular,” he said.

BWF members and longtime supporters Amy and Richard King of Beaufort participated in the Pub Crawl and made their way through the stops.

On their way to Finz Restaurant, they said they were enjoying the Pub Crawl.

While at Finz Restaurant, their third stop of the night, the couple was able to sample crab sliders and red ale from Red Oak Brewery of Greensboro.

Bob Driskll of Swansboro said the beer was good, but it wasn’t his favorite, since he is not a fan of IPA.

He said his favorite beer of the night was the sample from Fullsteam Brewing of Durham, set up at Aqua Restaurant.

“The beers have been good. Fullsteam Brewing was so interesting,” he said. “They use all local ingredients, like pawpaw, in their beer. It’s a citrus fruit that grows in North Carolina.”

“We try to give back to the farmers and are encouraging them to grow grains to put in our beer,” she said.

Black Sheep was serving samples from 21st Amendment. The drink for the night was Blah Blah Blah IPA.

Edi and Ray Davis from Raleigh enjoyed the IPA.

The festival ended with another beer dinner at Beaufort Grocery Co. Friday, and the headline event Beer, Bubbles & BBQ Saturday.

Beer, Bubbles & BBQ was in the west parking lot on Front Street and featured more than 25 craft breweries and brew pubs, as well as a variety of barbecue and side dishes, as a number of regional pit-masters put their best dish forward in a People’s Choice barbecue competition.

Proceeds from this year’s festival will go to hurricane relief efforts.

Why not just set up boutiques where iv alcohol can be administered, and the car keys handed to the patrons to drive home. It is about the same. Have we lost our minds? Lets just get drunk.

Danh it , you just gave away my future business plan Carteret! (cept i was gonna throw their keys overboard, but, anyhoo, trade secrets and all)