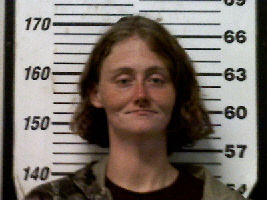 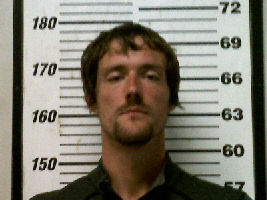 HARLOWE — A routine traffic stop by a N.C. Highway Patrol officer in the area of a recent fatal wreck led to the recovery of a stolen truck and the arrest of two Carteret County residents Monday.

According to an email Tuesday from 1st Sgt. David Clifton of the N.C. Highway Patrol’s Morehead City office, Master Trooper R.O. Melby was patrolling Highway 101 at about 3:20 p.m. Monday when he saw a red GMC truck traveling south near Hardesty Loop Road.

Neither the driver nor the passenger had seat belts on.

“Trooper Melby conducted a traffic stop for the violation,” the email states. “During the field interview, the passenger gave a false name and the driver stated that he didn’t have his driver’s license in his possession.

“While Trooper Melby was sitting in his patrol car and attempting to confirm their identities … the driver took off running into the woods across the street. The passenger ran in the opposite direction.”

Trooper Melby, according to the email, called for assistance.

“The GMC truck turned out to be stolen from Florida and the driver and passenger had multiple arrest warrants,” the email states.

After a search of the woods south of the traffic stop, CCSO deputies Keith Willis and Al Willis located the suspects about an hour later and took them into custody without incident.

Each was taken to the Carteret County jail and placed under a 15,000 secured bond.

“Ironically,” the email states, “the driver and passenger had inadvertently forgot to grab their identification cards in the truck before they ran into the woods. Additional charges are pending for the traffic violations and fleeing from the traffic stop.”

In a separate email to Carteret County Sheriff Asa Buck and others, Capt. Michael Warren of the highway patrol’s Greenville office praised the effort.

“Direct and great teamwork,” he wrote.

Crime does not pay. I feel nothing but anger at people who are just that stupid to run from the law like that. You ahave been caught and the best thing to do was to face up to you stupid deeds and do the time. Thank you NCSHP of Carteret County and The Carteret Sheriffs Dept.