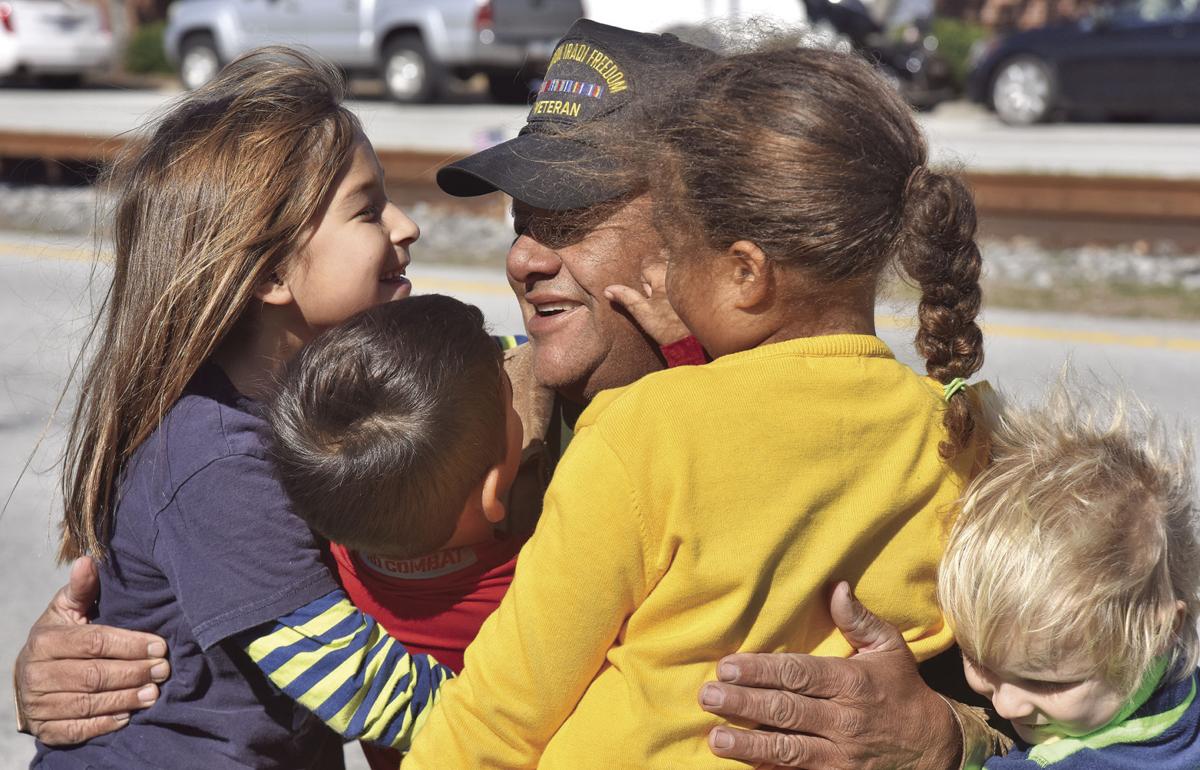 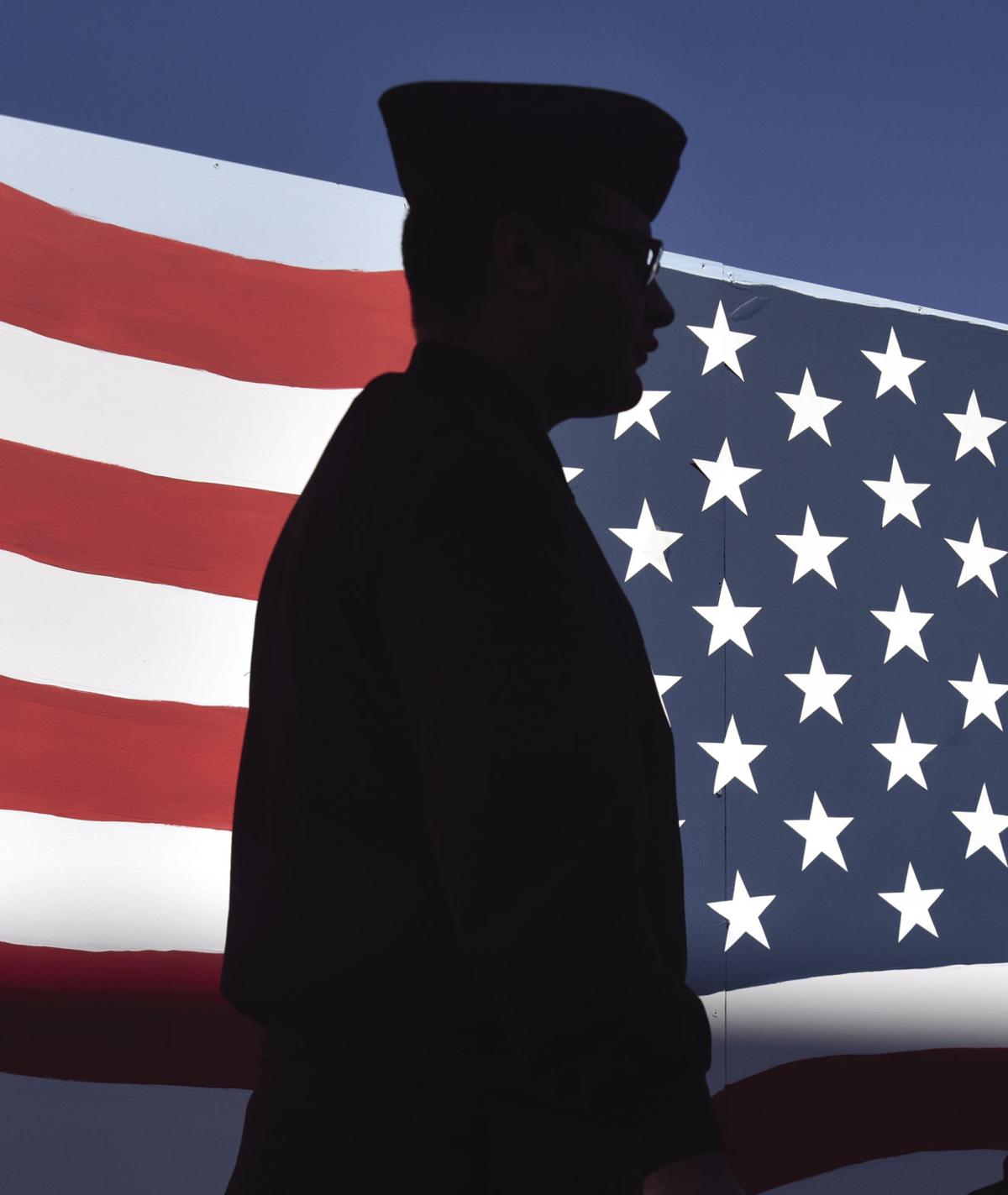 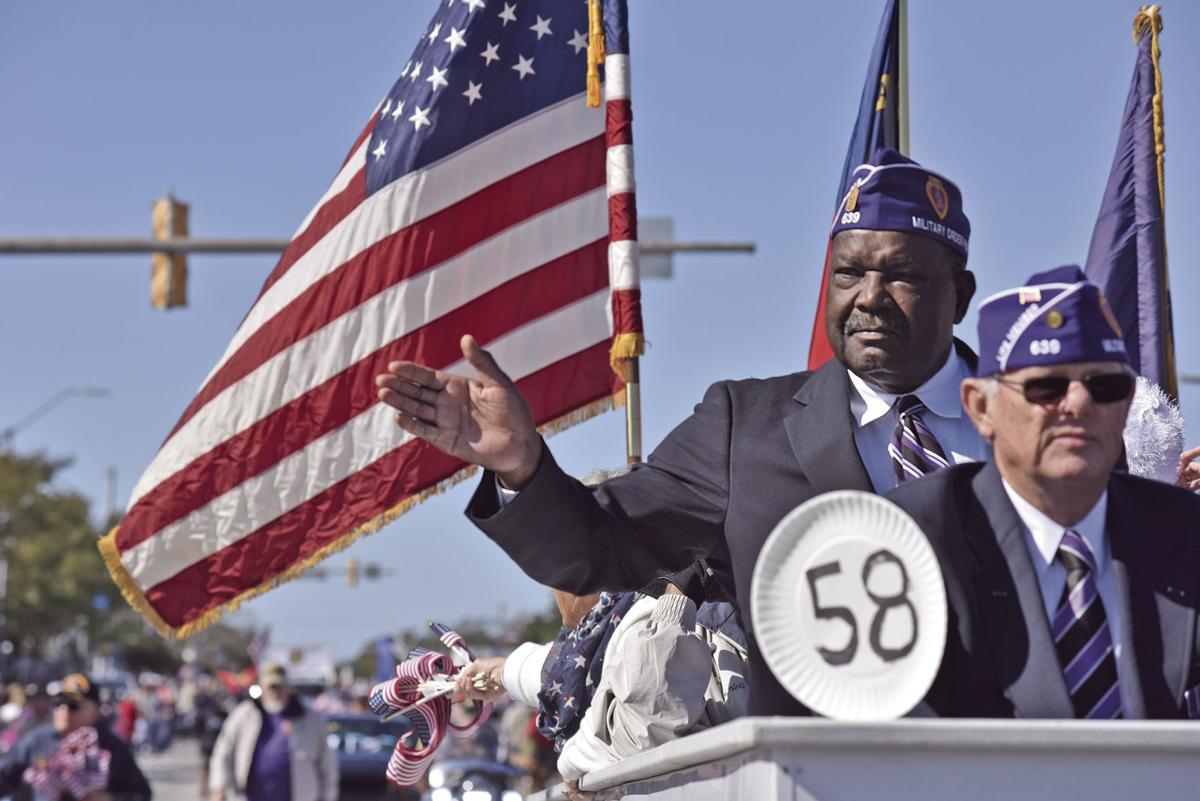 Haskell Johnson, top, with the Military Order of the Purple Heart, waves to the crowd Saturday along Arendell Street for the annual Veterans Day Parade in Morehead City. (Dylan Ray photo) 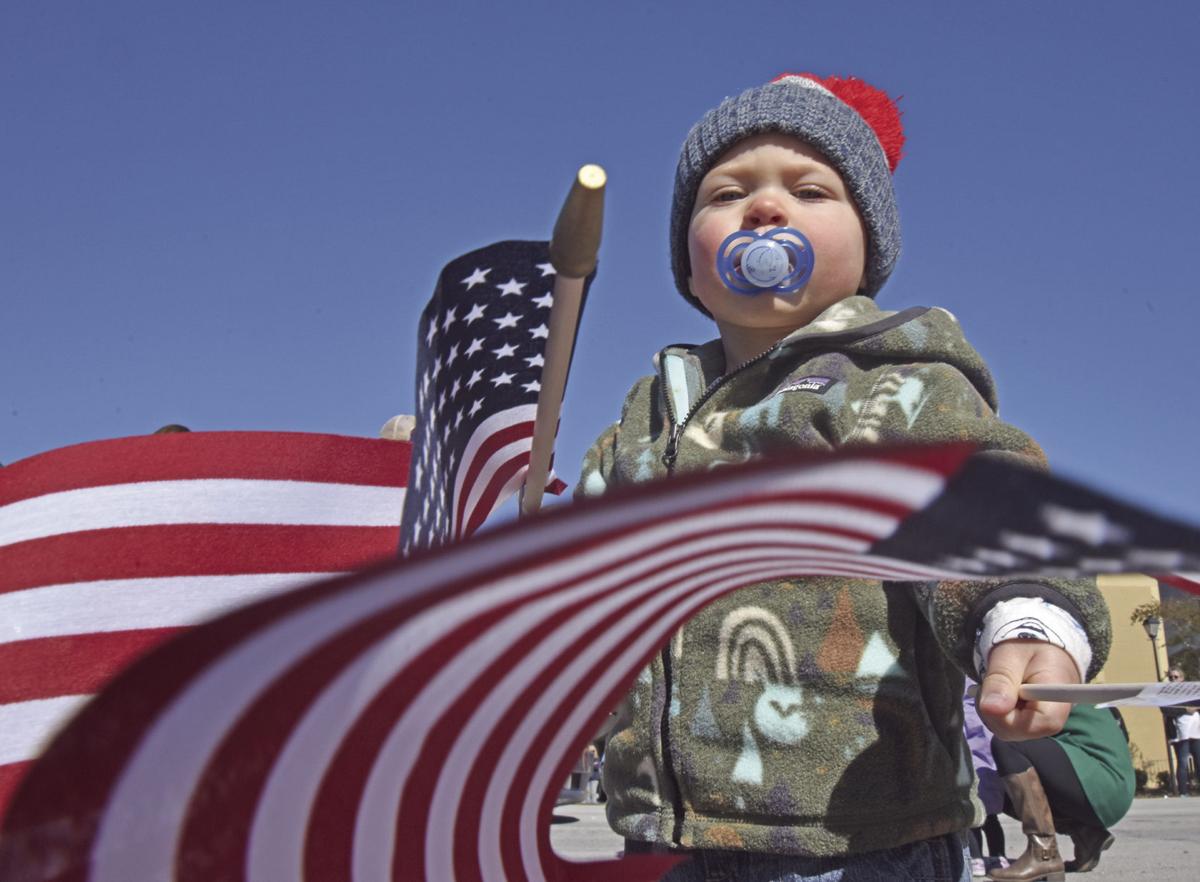 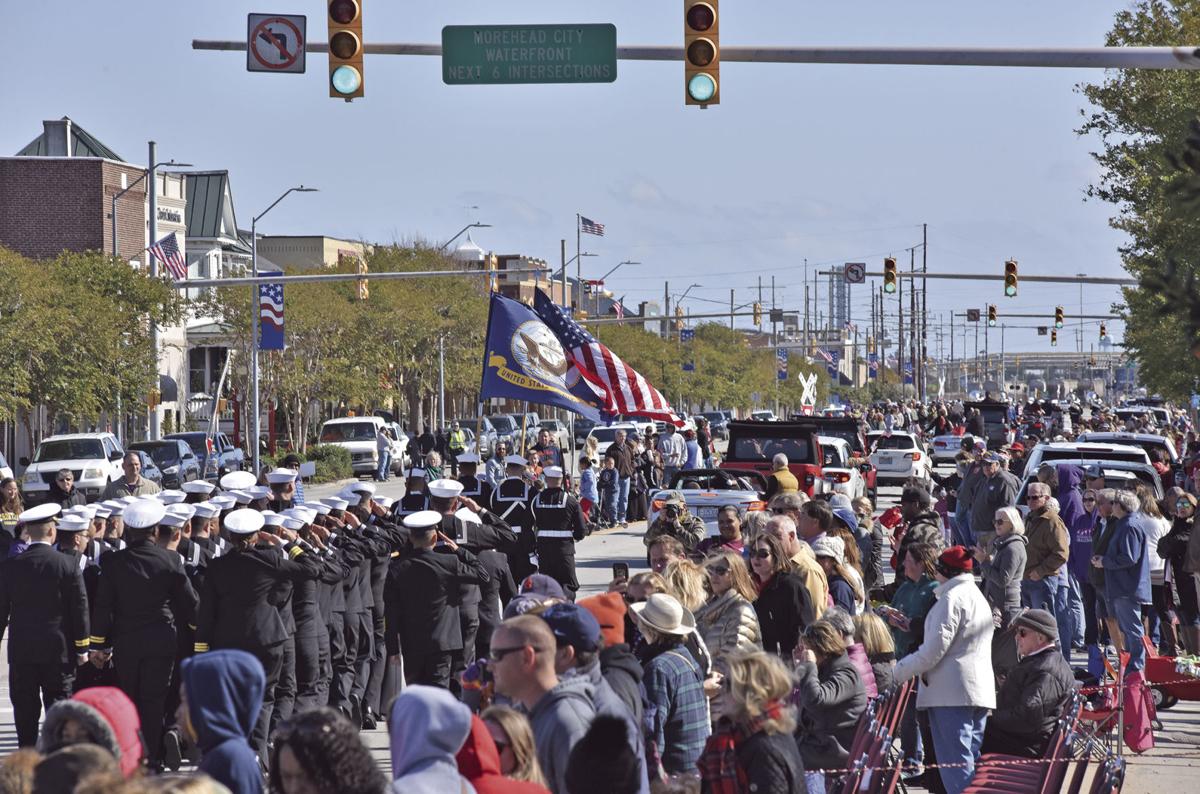 Haskell Johnson, top, with the Military Order of the Purple Heart, waves to the crowd Saturday along Arendell Street for the annual Veterans Day Parade in Morehead City. (Dylan Ray photo)

MOREHEAD CITY — With a bit of a chill in the air, crowds of people donned hats, coats and blankets Saturday morning and lined Arendell Street to give thanks to the veterans who have fought for the country.

The annual Veterans Day Parade is the largest in the state. This year’s event was put on by the Veterans Coalition of the Crystal Coast.

As well has honoring the veterans who live in the county, organizers paid homage to Col. Hank Gotard, who recently retired as the county’s veterans service officer.

Mr. Gotard, a retired Vietnam veteran, served his fellow veterans for 24 years, and many veteran organizations in the county wanted to thank him for his service.

“He’s helped so many people, around 8,000 of Carteret County’s veterans,” said John Johnston, with the Military Order of the Purple Heart.

Before retiring, Mr. Gotard was in charge of putting on the parade. This year his role changed. He was one of the parade’s grand marshals.

“It’s a bit different,” Mr. Gotard said with a smile before the start of the parade.

Mr. Gotard entered the parade route following a banner that thanked him for his service over the last 24 years.

Once the parade started, the crowd was treated to a large spectacle of red, white and blue decorated floats, old cars and different organizations marching.

The parade featured everyone from public officials, the Second Marine Aircraft Wing Band, veterans from wars dating back to World War II, including the Iraq and Afghanistan wars, to the county’s high school marching bands, who were decked out in colorful uniforms and playing patriotic music while the sun glittered off their instruments.

Shouts of “Happy Veterans Day” were heard from the floats as parade participants passed out candy from floats and vehicles for the parade’s younger viewers.

Also marching in the parade were members of the Carteret County League of Women Voters, dressed in suffragette costumes, who hoped to educate those watching the parade about the passing of the 19th Amendment.

The amendment, which gave most women equal voting rights, is approaching its 100th year.

Lucy Bond, a league member, said she and fellow league members were excited and proud to be marching in the parade.

“We are honored to be representing the women in our past that we have a connection with,” she said. “We are hoping to provide awareness of what women have struggled so hard to give us.”

There were plenty of people in the crowd to witness the members of the league and other parade participants.

Among them was Chelsea Lawrence, who was with her husband, Eric, and daughter, Emma.

The family lives in Beaufort and recently relocated to the area after being stationed in Michigan.

Mr. Lawrence is in the Coast Guard, and although they attended for Emma, the Lawrence family knew the significance of the parade.

“It means a lot,” Ms. Lawrence said. “Especially now that she (Emma) is old enough to know what he (Eric) does.”

Also in the crowd was Tony Gonzalez, a veteran who served a total of 37 years in the Marine Corps and Army.

“It’s our country being behind us,” he said, noting that despite the country’s political differences, people still honor and respect veterans.

“I feel like the veterans have the American people behind us no matter our differences.”