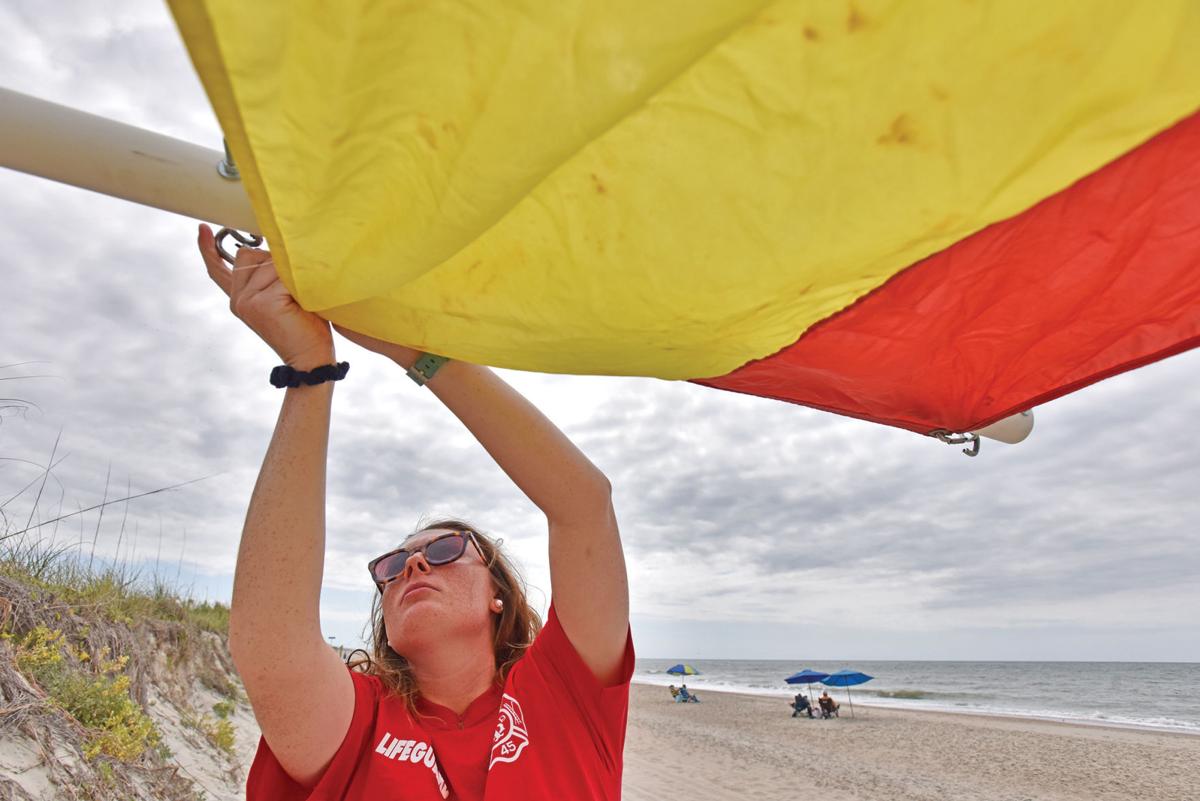 A lifeguard puts up a flag on a beach in Emerald Isle during a past season to caution swimmers. (Dylan Ray file photo) 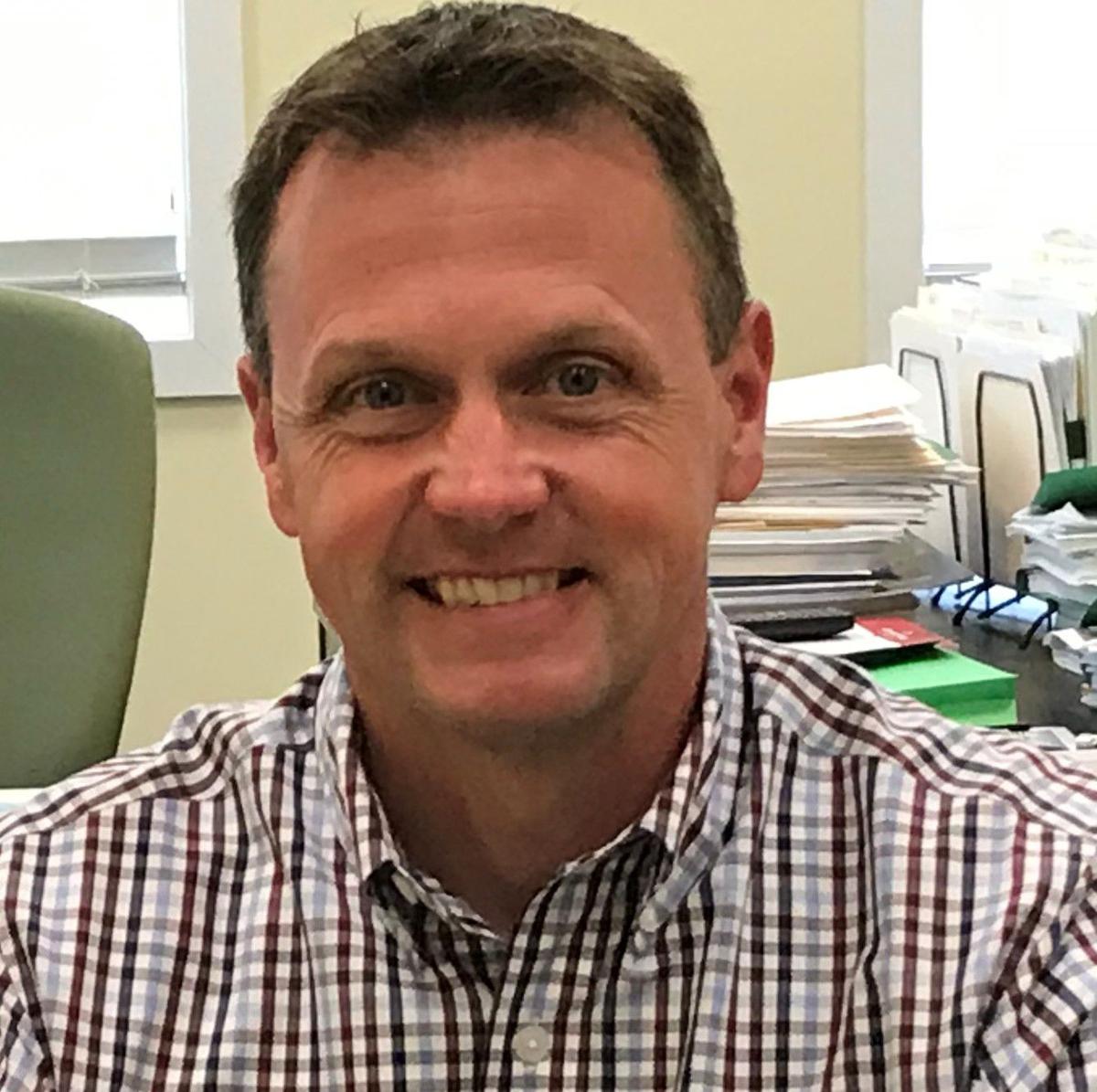 A lifeguard puts up a flag on a beach in Emerald Isle during a past season to caution swimmers. (Dylan Ray file photo)

EMERALD ISLE — Town Manager Matt Zapp rolled out a new and improved ocean safety program – including the planned hiring of an ocean safety director – during the town commission’s monthly session Tuesday night in the meeting room beside the police department on the north side of Highway 58.

The program, which comes in the wake of four rip current-related drownings last spring, includes what the manager called in an interview “investments in human resources, equipment and technology that we think will make a difference.”

A committee of town staffers and elected officials has worked on the improvements since last year.

Among them are an earlier start to lifeguard service on the beaches, an increase in manpower and vehicles and testing of new technology that should enable beachgoers to contact 911 emergency services more quickly.

In addition, the initiative attempts to improve recruitment of potential lifeguards by beefing up the hosting program with “sponsorship.”

The hosting program’s tag line is “Adopt a lifeguard, save a life.”

One of the problems with recruiting lifeguards to expand the beach coverage period, traditionally mid-May to Labor Day, has been that those who seek the jobs are mostly college students.

The town has tried, with limited success, to get families to host lifeguards for the past several years. This year, Mr. Zapp said during the meeting, the town is beefing up recruiting efforts and plans to use trained, in-house staff to guard the beach beginning Friday, May 1 instead of mid-May. The town also plans to extend service from Labor Day to the end of September.

“The word is getting out (about Emerald Isle’s beaches and attractions) and people are coming earlier and later,” Mr. Zapp said.

All of the drownings last year occurred before lifeguards were on the beach.

The program is run by the town fire department, and Mr. Zapp said the ocean safety director will coordinate efforts between the town and the National Weather Service. The town, he said, needs a “professional” on the job in the summer.

The town will also increase the number of 4-by-6-foot beach hazard warning flags on the beach from 17 to 25 and will fly them earlier, starting Wednesday, April 1, and later, through October.

A double red flag prohibits ocean swimming without a flotation device, a red flag warns of the likelihood of hazardous conditions, including possible rip currents, and a yellow flag means conditions are normal, but swimmers should exercise caution.

The flag placement is important, Mr. Zapp said, because it will make them more visible as there will be less distance between them.

In addition, the town will hire 20 lifeguards for the coming season instead of last year’s 16, which included two supervisors. There will be four roving guards, in addition to the two guards each at the two beach accesses. The roving guards will have about 3 miles of the town’s 12-mile-long strand to cover instead of 4 miles, decreasing response time.

The town, Mr. Zapp said, also has arranged to lease four new jeeps for beach use. Three will be red and used by the lifeguards. One will be white and will be a police department jeep.

There will also be a Kawasaki MULE and a Mahindra Roxor, both of which are off-road utility vehicles.

The town also plans to test two solar-powered devices – one at each of the major beach accesses – that will have cameras and buttons people can push to call 911.

“We’ll be able to see … and connect … in real time,” the manager said. The devices might also have speakers to enable the town to communicate messages.

The town’s also going to use drones as “eyes in the sky” and will have a digital sign displaying ocean conditions and other information at the high-rise bridge from the mainland. Officials have tried without success to get the N.C. Department of Transportation to allow its bridge sign to be used for that purpose.

As of Wednesday, officials could not say how much it would cost the town to implement the new ocean safety program.

Mr. Zapp said the town has had excellent lifeguards but hopes to recruit “the best of the best of the best,” this year, with higher pay and, hopefully, a more robust housing program, like the one the Morehead City Marlins baseball team uses to help recruit college baseball players from all over the country. People will be able to “sponsor” lifeguards.

It’s an important recruitment tool, Mr. Zapp said, because most of the lifeguards are college students who need places to stay but often can’t afford the summer rent.

This sounds promising, however, I would expect there to be a cost/benefit analysis done at year end to ensure the costs are appropriate to the benefit. Visiting the coast carries inherent danger and you can't fix inappropriate behavior of once a year tourist. There should be an expectation that visitors heed ocean condition warnings, but over decades of coastal living, I've noted that is not the case and no matter how much you try to helps others be safe, sometimes you just cannot spend enough to do so. Let's be smart in our efforts.

Totally agree!! We have come across a lot of visitors who totally disregard the signs, notices, ads and the advice of locals. The local administration has a great idea about promoting safety, but until the visitors pay attention, it will be basically throwing money away.

now if we could keep the sharks away