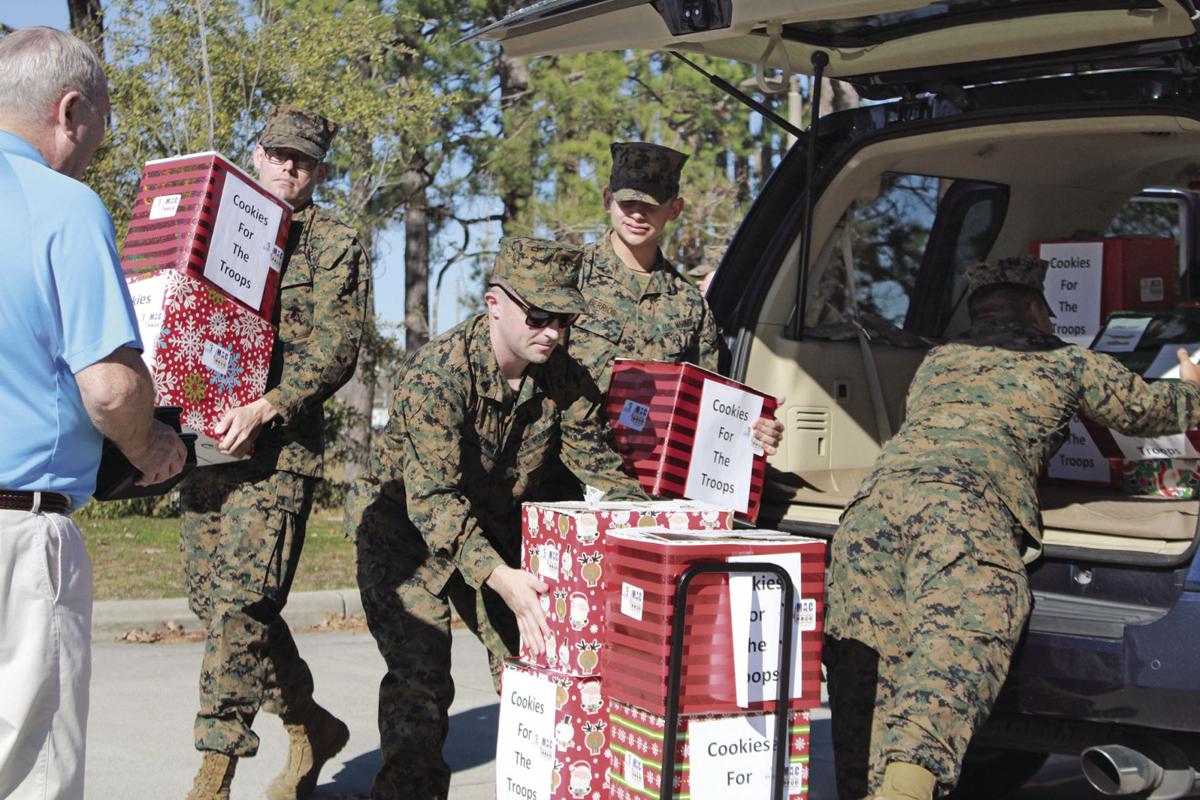 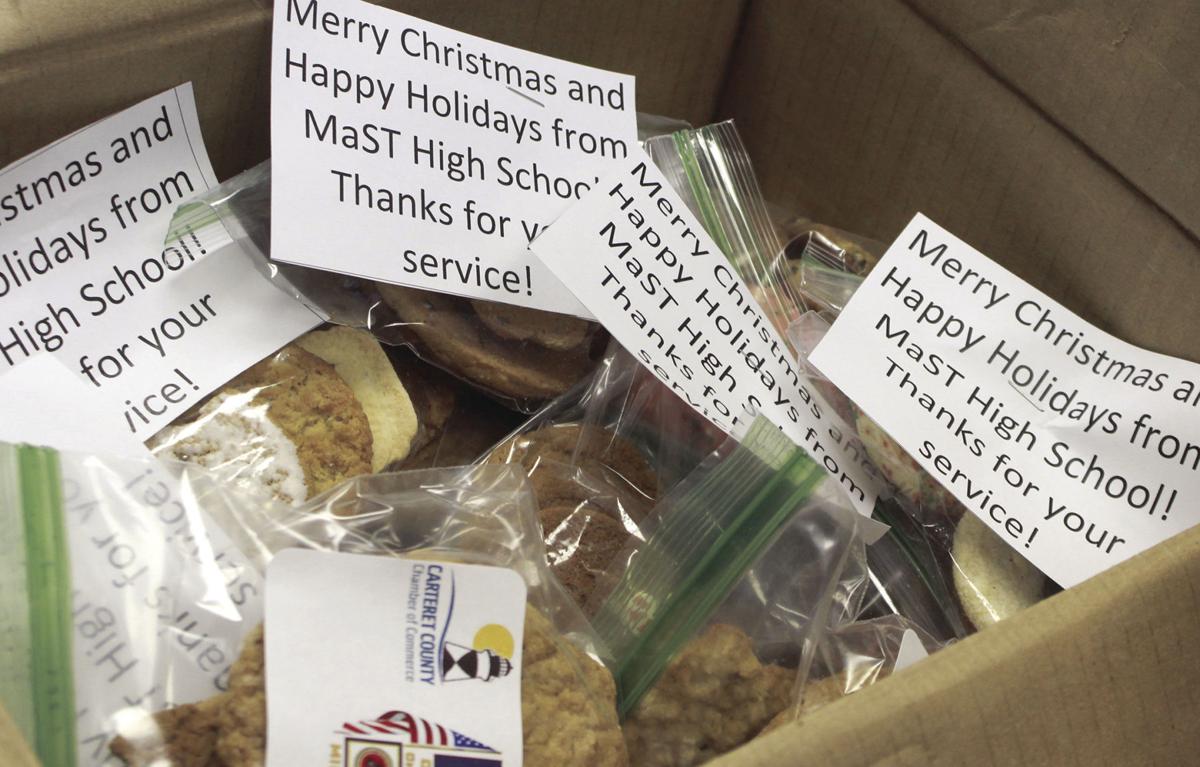 Bags of cookies display messages of encouragement from local students. The cookies were delivered to area military installations Monday as part of the Chamber of Commerce’s Cookies for the Troops. (Elise Clouser photo)

Bags of cookies display messages of encouragement from local students. The cookies were delivered to area military installations Monday as part of the Chamber of Commerce’s Cookies for the Troops. (Elise Clouser photo)

MAC collected an estimated 14,500 cookies this year, according to Chamber of Commerce Program Manager and MAC staff liaison Anna Smith. The cookies and other treats filled 39 boxes, the most the chamber has ever seen.

“Cookies for the Troops has been going strong for nearly two decades in Carteret County, and this was our best year yet,” Ms. Smith said. “Thanks to the generosity of the community, the MAC was able to fill 39 boxes of donated treats this year and deliver them to MCAS (Marine Corps Air Station) Cherry Point, Coast Guard stations Fort Macon and Emerald Isle and MCALF (Marine Corps Auxiliary Landing Field) Bogue.”

The cookies, homemade and store bought alike, were dropped off to the chamber office last week in droves, Ms. Smith said. She said individuals, businesses, churches, school classrooms, community groups and others stepped up this year to drop off the record-breaking number of cookies, which she and MAC members spent hours packaging for delivery over the weekend.

In addition, local students wrote and decorated cards with messages of encouragement and holiday cheer that were included in the boxes. One first-grade class from Morehead City Primary attached a class photo to a box of cookies and encouraged the recipient to a send their own “selfie” when they receive the delivery.

The cookies go to on-duty service members who are unable to return home to see family during the holidays.

“This is a great way for our residents to show how much we love and support our men and women in the military, especially those on duty this time of year who will miss the holidays with family,” Ms. Smith said.

MAC members David Heath and retired U.S. Army Col. Bob Upchurch, known as the “Cookie Colonel” around the chamber, helped deliver the boxes of cookies to Cherry Point Monday. Marines helped unload a car filled to the brim with boxes to be distributed to the barracks and common areas on base.

“We’ve been doing this for (16) years now, and it gets bigger and better every year,” Mr. Upchurch said to a group of Marines. “The community in the Carteret County area appreciates your support. Your commanders and senior NCOs (non-commissioned officers) have told me this is probably the most military-friendly community they’ve ever been stationed in, and we try to uphold that reputation.”

MCAS Cherry Point Commanding Officer Col. Mikel Huber attended the cookie distribution and said Cookies for the Troops is a tradition the Marines appreciate. He echoed Mr. Upchurch in saying the surrounding community in Havelock and Carteret County is one of the most supportive he’s ever experienced.

“The community outreach here is fantastic. This is a fantastic time of year, but for a lot of Marines that don’t have an opportunity to go home, it shows that the community cares,” Col. Huber said. “…I think we feel the support better than anybody, and certainly in my 26 years of being a Marine I’ve never had an opportunity for a better outpouring of support.”

Col. Huber has been stationed at Cherry Point for some time, but only took over the position of CO in August, so said while he has received cookies in the past, this was his first time getting to see them passed out.

“I’ve been on the receiving end,” he said, “but to actually see the massive show of support is great.”