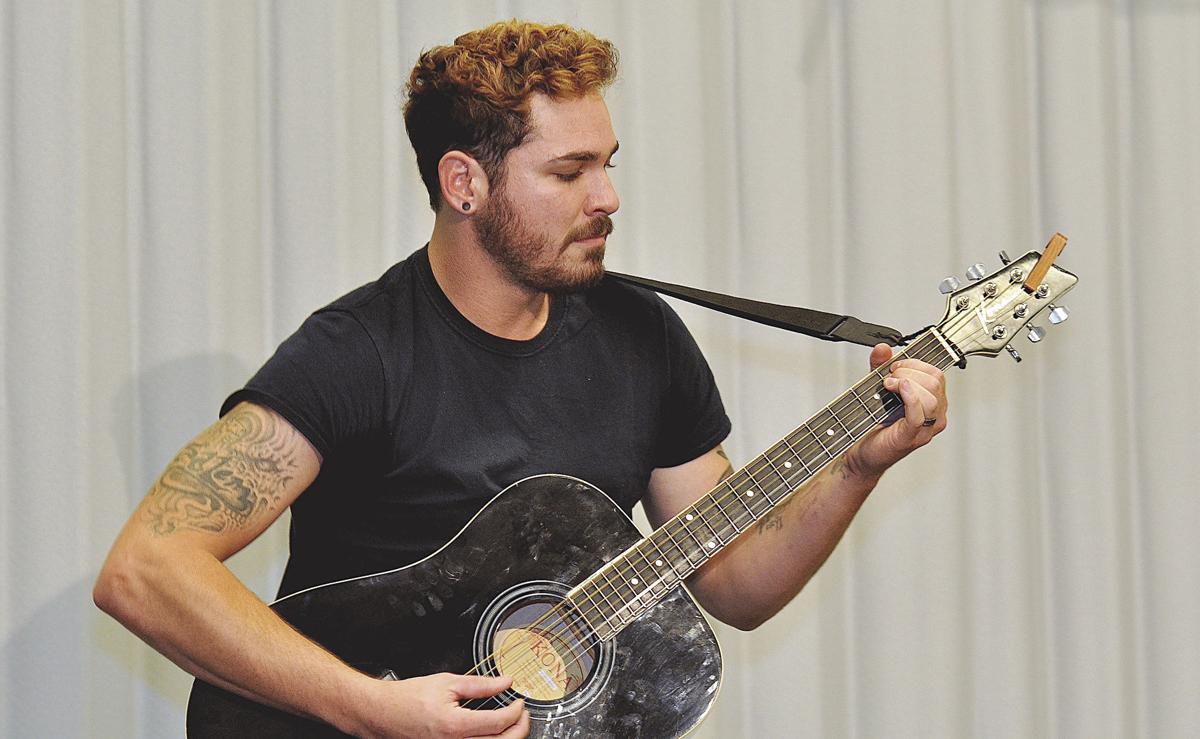 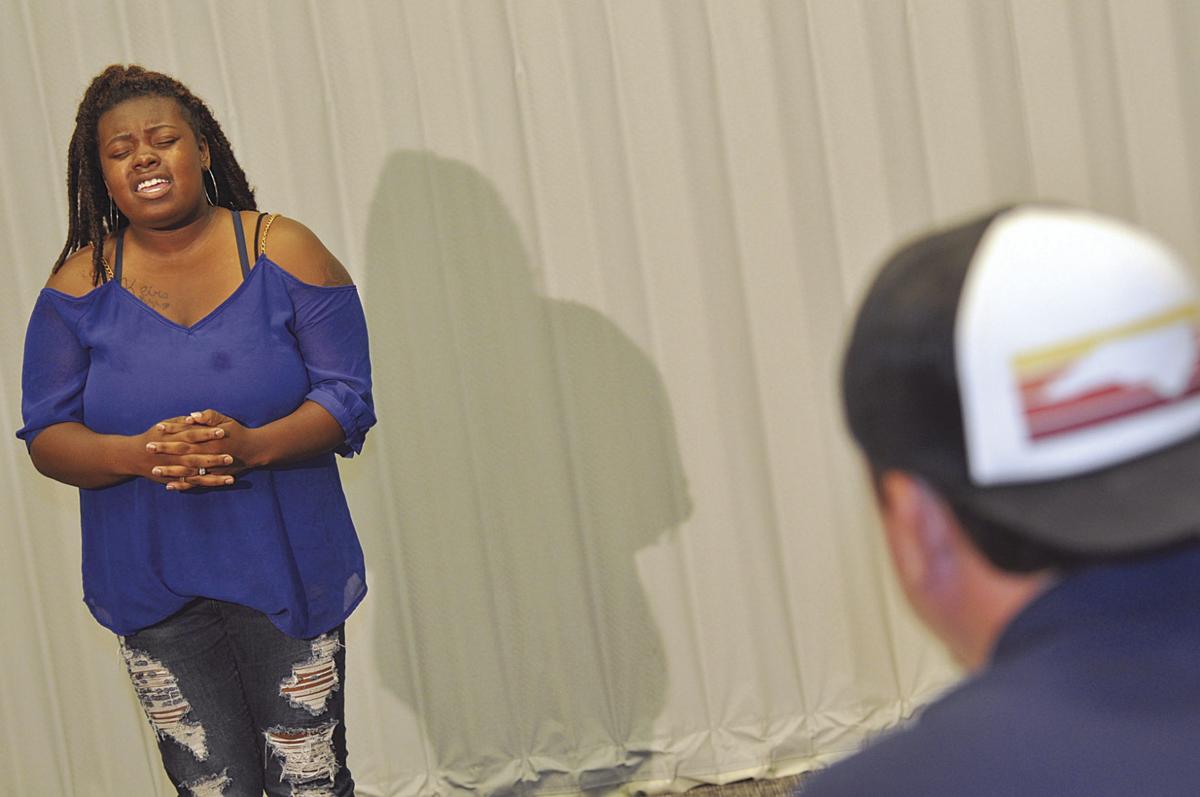 Tykeira Mewborn-Roberson of New Bern auditions as judge Bryan Mayer listens during an early round of screenings for “American Idol.” (Cheryl Burke photo)

Tykeira Mewborn-Roberson of New Bern auditions as judge Bryan Mayer listens during an early round of screenings for “American Idol.” (Cheryl Burke photo)

CAPE CARTERET — With only 60 seconds on the clock, Cierra Linton of Washington belted out the first part of “No One” by Alicia Keys in front of a panel of judges.

Ms. Linton and hundreds of others gathered at Mac Daddy’s Entertainment Center were auditioning for WCTI News Channel 12’s “ENC Idol” in hopes to move on to the next round of auditions for ABC’s “American Idol.”

Ms. Linton was the first person to go before the judges, and she thought it went well.

“I was a little shaky at first, but it was a great experience and I would definitely do it again,” she said.

Ms. Linton auditioned last year, as well. This was the second year Mac Daddy’s has hosted a preliminary round of the singing competition.

“This year, I’ve been doing more gigs and performing in front of large crowds,” she said. “I just let it all go. It was way better and I was less shaky and more confident.”

The same nervous excitement could be felt in the air well before the audition process began, and officials with Mac Daddy’s were excited, too.

“We are super stoked, about all the people who are here hanging out,” said Tracy Gillikin, Mac Daddy’s general manager. “You can tell there is an excited nervousness.”

Hopefuls lined up at the entertainment center before the registration process, each practicing their audition piece.

Samuel Rivera of Beaufort was among those waiting. While waiting, he warmed up with his guitar. This was his first time auditioning for “ENC Idol.”

“I’ve been singing for a long time, but I’ve been trying to work up the nerve to do it (audition),” he said. “I have stage fright, but my wife made me do it.”

He said he was going to perform Alex Clare’s “Too Close” with his own special acoustic spin.

As for the stage fright, he said he was just going to own the moment and pretend he was alone in the room.

“It’s a scary thing, and my hands are shaking, but I know my music and I know how I play.”

Mr. Rivera said he has been playing the guitar since he was 8 years old and is self taught.

Another local who was waiting her turn before the judges was Caroline Bass from Emerald Isle.

“Ever since I was little I’ve been playing music. I just recently starting writing my own music,” she said.

She said she was auditioning with “Cough Syrup” by Young the Giant.

“If I make it to the next round, I want to sing an original (song),” she said.

Ms. Bass said she was feeling confident about her audition.

Confidence is one of the things the judges were looking for.

Each contestant had 60 seconds to perform in front of the panel of judges that included Kendrick from Hot 99.5, Brian Stauffer and Amy Kay from the morning show on V103.3., country singer Bryan Mayer, professional musician Justin Castellano and Lisa Smith-Perri, a pianist, singer, music director and general manager and executive director of the West Carteret Water Corp.

Judging for the contest was based 50% on vocal talent, 25% on appearance and 25% on overall performance.

“This is a big deal, a dream for some of these younger kids,” he said. “I want to support that as much as possible.”

He compared the audition process to college basketball’s March Madness.

“A Cinderella team could come from here and make it to Charlotte and go on to become the next American Idol,” he said.

The audition process moved quickly, and each contestant said they felt the same way — nervous but excited.

“I loved it. I’m not trying to sound overconfident, but I think it went great,” Codi Brown of Jacksonville said.

After the panel heard all of the performances from the day, the 11 highest rated vocalists received “Front of the Line” passes to open-call auditions Saturday, Sept. 1.