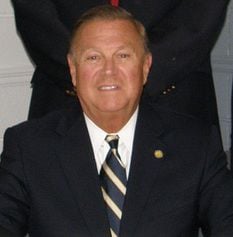 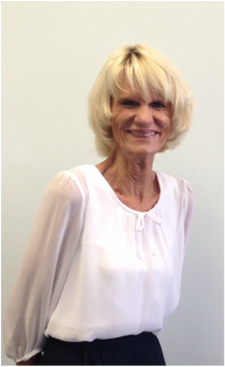 CAPE CARTERET — With a potentially pivotal election approaching after a sometimes tumultuous couple of years in town, two elected officials – Mayor Dave Fowler and Commissioner Minnie Truax – chose not to seek reelection when voters head to the polls Tuesday, Nov. 5.

In interviews Thursday, both said they are leaving office after long careers in public service. But they also said they’re convinced the town is in good shape, better than at any time in recent years, and with a bright future likely if visions set in the past few years are enabled to come to fruition.

Ms. Truax, who is completing her sixth year on the board – one two-year term and one four-year – said she decided to step down in part because she’s been involved in government for decades; she worked for the N.C. Attorney General’s office before seeking town office.

But she also said she believes Cape Carteret is in much better shape than when she was first elected.

“I remember when we only had one phone line,” she said. “Our office equipment was old. We were way behind the times.”

Now, she said, the town is blessed with a great staff and the workers have the tools they need to do a good job for the public.

In addition, she said, the switch to a town manager form of government in January 2018 has made a big difference.

“Before, we had commissioners running the departments, and many didn’t really know much about those departments,” she said.

“I was in charge of public works. I didn’t know anything about tractors and backhoes. Our (late) public works director, Buddy Dew, took me under his wing and I learned a lot.

“It was hard at first to give up the ‘control,’ when we hired a manager (Zach Steffey was elevated from administrator to manager),” she said. “I admit that. But we’re so much better off with a manager running the town government than we were with commissioners doing it.”

Ms. Truax said that although she believes Mr. Steffey is doing a very good job – she called him young, energetic and a fast learner – that’s not really the whole point.

“But take Zach out of it,” she said. “It’s the position.  It (a manager) is what we needed, a professional running the departments and the staff, someone who is trained and went to school to do it.”

Before the switch, she said, the town lost some good staff members because they got tired of commissioners interfering.

Similarly, she said, she believes the town’s police department is the best it’s been since she has been in office.

She and two other commissioners voted in 2018 to dismiss then-Police Chief Tony Rivera for “lack of confidence,” and the town manager eventually promoted from within, elevating Bill McKinney to the job.

There has been turmoil, she conceded, as a number of officers left in the past year, and the staff is almost entirely new.

“But,” she said, “these young, new officers are doing a great job. They’re out in the community more, very visible and people like them. The officers treat our citizens with respect.”

Both of those things – the dismissal of Mr. Rivera and the switch to a manager by a board vote – led to backlash in town, and a group of residents undertook a petition drive to force the town to hold a referendum on whether to stick with the manager system.

That question is on the Nov. 5 election ballot, along with three commission seats – hers, and the ones held by Charlie Evans and Don Miller – and the mayor’s seat.

Ms. Truax said she will work hard to convince voters to stay with the manager system.

“I think we’re in good shape,” she said. “Why would we go backwards?”

She believes there are good candidates for those seats.

“I think we have people running who will help Cape Carteret continue to progress,” she said. “And we have made a lot of progress under Mayor Dave Fowler. The staff is great, we’ve got a new park in the works (off Highway 58) with a kayak launch. People are going to love that.

“We’re in good shape,” Ms. Truax continued. “Like everything else in life, things haven’t always gone the way it was planned at the time or exactly the way you might have liked, but we’re a lot better off now than we were.”

Mayor Fowler said he, too, thought it was time to step down after a long career in public service. He’s been in local government, either appointed or elected, since 1994, when he lived in the North Carolina mountains, and has been a Carteret County commissioner, Cape Carteret commissioner or the town’s mayor for 16 of the 18 years he’s lived in the town. When he finishes this term, he will have been mayor for eight years.

And like Ms. Truax, he believes Cape Carteret is in the best shape it’s been in a long time, both in terms of finance and staff.

“We’re getting our streets fixed, and we’re doing a lot of other things for people, providing recreation and things to do,” he said. “And I think we’d have gotten a lot more done if we hadn’t had to be so preoccupied with all the discord from some people.

“We’ve got a great, young staff, very well trained and very professional,” he said. “And we’ve got good people running for office. I think after the election, we’ll have a very good board.”

He also believes a committee he set up to help guide the town into the future will come up with great ideas to help the town continue to make progress.

The mayor said he believes Mr. Steffey is going a great job, and can’t imagine why the town’s voters would want to go back to having commissioners running the departments.

The police department, Mayor Fowler said, is young, but hard-working, professional and responsive to the desires and needs of the residents and visitors.

“We have a full staff (seven sworn officers, including the chief) for the first time in a while, and we’ve got some part-timers and are going to get more,” he said.

“These officers are dedicated and full of ideas and have lots of energy. I think the department is the best it’s been in my 16 years, and so is the town staff,” the outgoing mayor added.

“I believe the future of Cape Carteret is very bright. I think when I leave, it’s going to be in very good shape, and in good hands.”

He said he’ll remain in town and seek other ways to help it and the county he’s loved since he moved here.