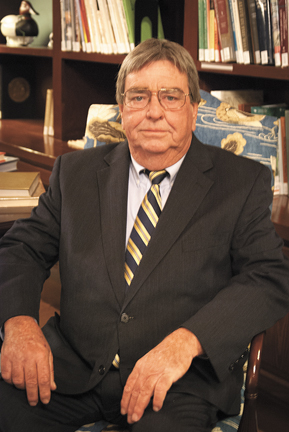 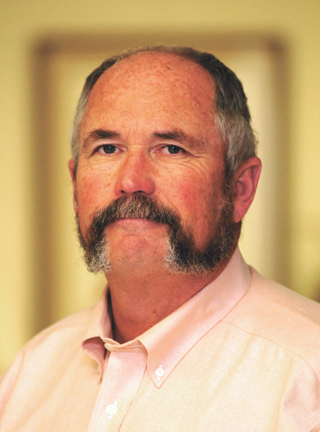 This report is part of a series of candidates’ statements in contested races in this year’s general election. Voting day for the primaries is Tuesday, May 6.

BEAUFORT — Despite four of seven county commission seats appearing on the Tuesday, Nov. 4, ballot this year, only one of the current members will see a primary next month.

Incumbent Chairman Jonathan Robinson has a challenger from his own party on May 6 – Laurel Road resident Randy Feagle.

Both Republicans will vie for the county’s District 6 seat, representing Down East, Merrimon and North River.

Though early voting for the primary kicks off in all races, countywide April 24, only Republican voters in the following District 6 areas will cast a ballot for the commissioners’ primary:

Voters may cast a ballot at the County Board of Elections office at 1702 Live Oak St. in Beaufort, at the Western Park Community Center situated at 275 Old Highway 58 in Cedar Point and at the Fort Benjamin Park Recreation Center, 100 McQueen Ave., Newport.

Voters will be asked for photo identification at the polls, but it is not required to cast a ballot. Election officials are trying to get voters used to the idea, as it will be required in the 2016 race.

Absentee voting by mail for the primaries has already begun. Those using the service must first complete an absentee ballot request form, which can be found at the elections office, on the News-Times website, www.carolinacoastonline.com (here), and on the elections website at www.nc-carteretcounty.civicplus.com/499/Absentee-Ballot-Request-Procedures.

Absentee ballots must be received by May 6 to be counted.

The News-Times sent questionnaires to each candidate in the 2014 election. Their responses are below:

Political experience: Served on the Board of Commissioners since November 1998. Previously served in the N.C. House of Representatives from 1995 to 1996. Serving on Appropriations Committee, Health & Environment Committee, General Government Committee, Joint Commission on Seafood & Aquaculture. Recognized by the North Carolina Taxpayers’ Union as “Taxpayers Best Friend” while serving in N.C. House. Endorsed by National Rifle Association. Member of the Carteret County Republican Party Executive Committee and served as treasurer before seeking office.

Why are you the best candidate? Having served as an effected elected official at both the state and local level, I believe I bring an important and unique perspective to provide insight as to how multiple layers of government can work for the benefit of its citizens. I am particularly proud of the collective accomplishments of current and past Republican boards.

We have improved the parks and recreational facilities throughout the county, as well as library services located in both eastern and western Carteret County, while maintaining one of the lowest tax rates in North Carolina. Most recently, I am proud of the stand my county has made to protect our civilian labor force at Cherry Point and to further strengthen our relationship with the U.S. Marine Corps.

As a local born and bred commercial fisherman, I am especially proud of our county’s support of the commercial fishing community. Having served on the decks of our family’s workboat, “Down East,” my commitment to this heritage and the people of the fishing families of Eastern Carteret County is unwavering.

Top priority, if elected: The challenge of the future will be to maintain the current level of services with fewer state and federal tax dollars.

Is there anything else you would like to say to our readers? I have fulfilled promises to my neighbors and fellow Carteret County residents when entering politics 22 years ago that I would work with them to maintain low taxes, advance education and support current tourism and commercial fishing interests. My record speaks for itself.

Occupation: Retired from teaching with 30 years of service, currently work as EMT for Friendly Medical Transportation in Morehead City and Jacksonville.

Why are you the best candidate? I understand the needs and area where tax cuts could be made without hurting education. As a volunteer firefighter at two departments and an EMT at one, I am aware of today’s needs of our county’s emergency services. These are two large portions of the county budget and I have insight into the workings of both systems.

Is there anything else you would like to say to our readers? I have no special interest group that I represent and would appreciate an opportunity to represent all the people of Carteret County. Now that I am mostly retired, I have the time to listen to the concerns of the people and will attempt to always vote for what’s best for our county.

Tax cuts without sacrificing education? Neagle is running for the wrong position. He is needed on the school board.

Mr. Feagle would be excellent for the job. He attained the rank of Lieutenant Colonel in the army. Additionally, he is a second amendment supporter, something we sorely need. He is trustworthy, honest, and approachable. We need these qualities. Vote for Feagle.

....in the National Guard! There's a difference.

As a former ECHS student of Randy Feagle approximately 20+ years ago, I can truly say he was an inspiration to me in my teenage years. There isn't a day that goes by that I do not find something that reminds me of him. He was the type of instructor/teacher that made school both educational and fun. Now that I'm an instructor, I often find myself using some of his teaching techniques with my students.. .. ..Thanks to him I was able to find a career that I enjoy, provide for my family, and I still use many of the "real world" skills I learned from his high school automotive class almost everyday.

I have no doubt that he would perform his duty to the highest standards with honesty and integrity.

No, there is not. Old patriot, you should know better.

Anyway, what exactly would be your point?