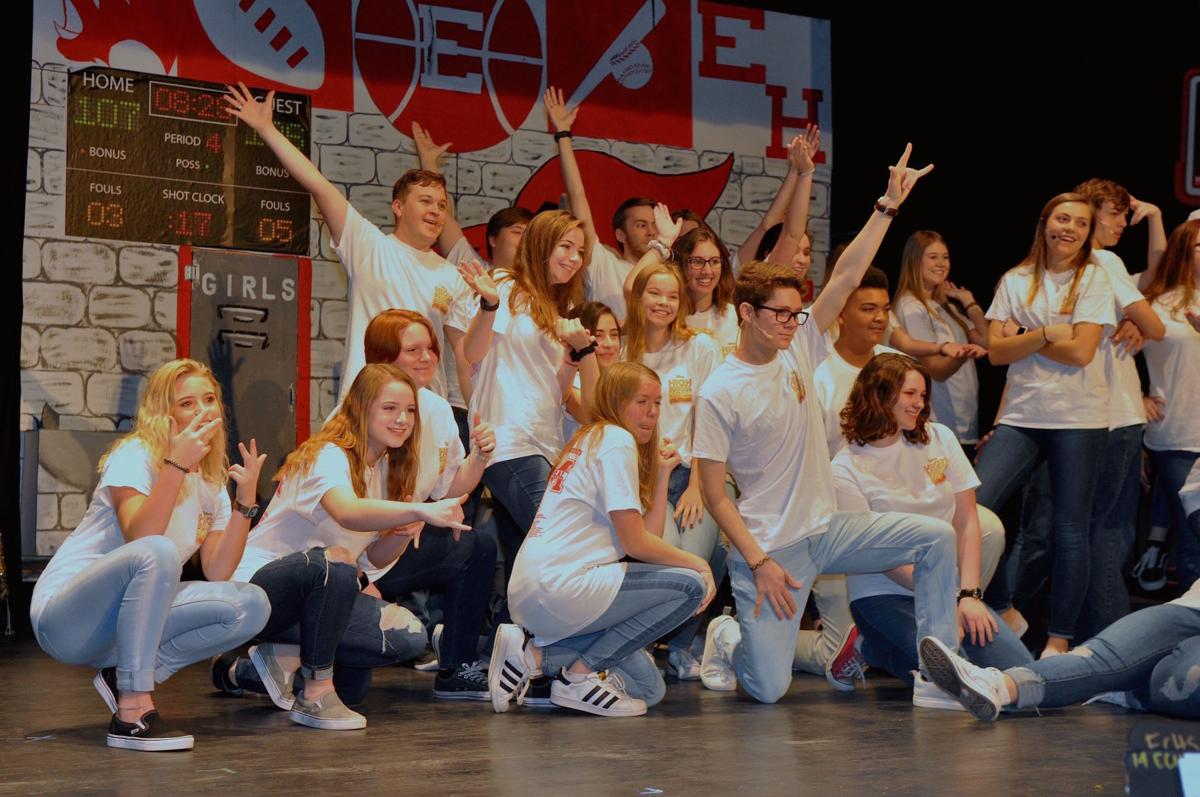 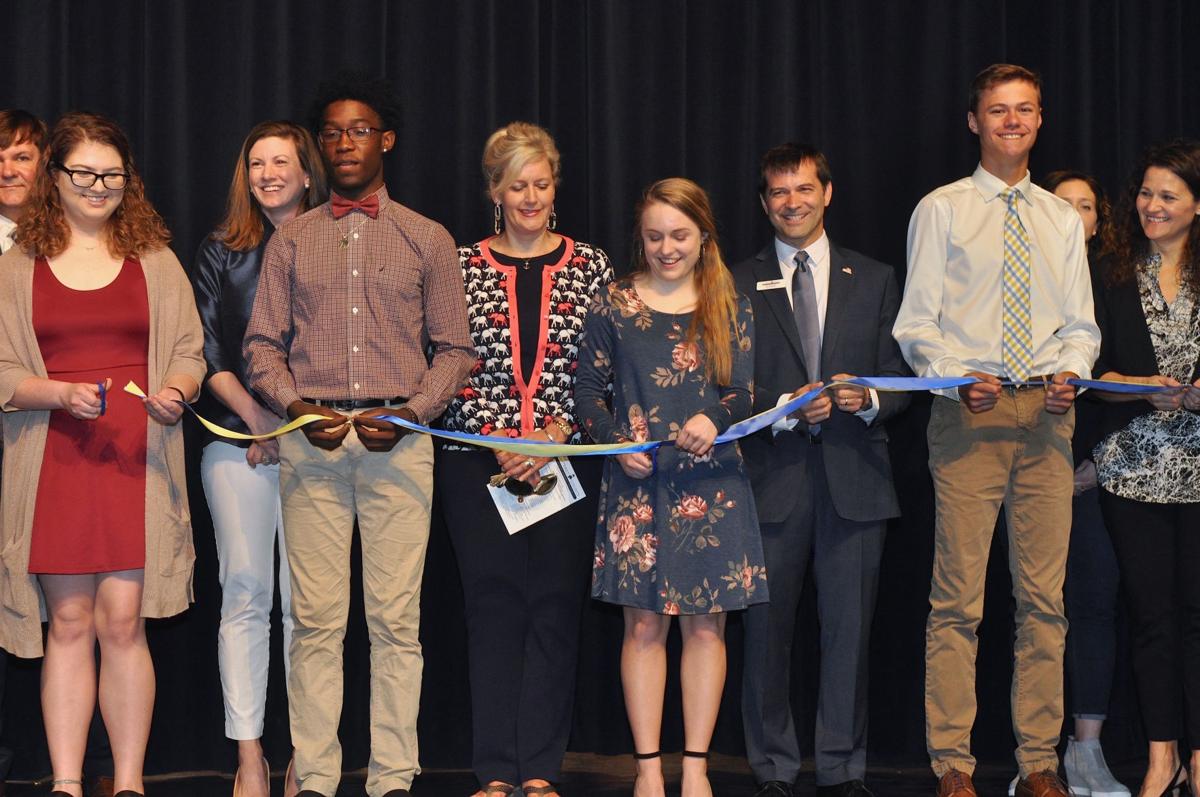 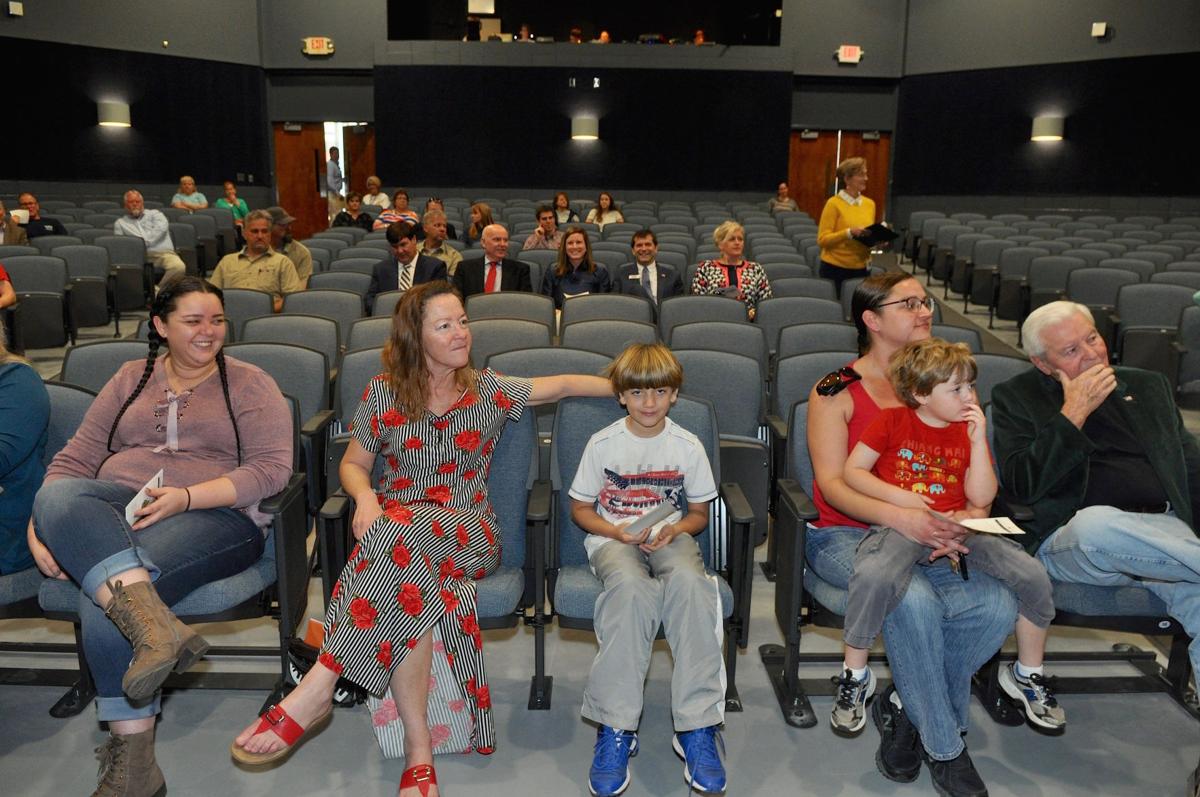 Parents and school officials sit in the new seats of the renovated East Carteret High School auditorium Friday during a ribbon-cutting ceremony to celebrate the reopening of the auditorium that was flooded during Hurricane Florence. (Cheryl Burke photo) 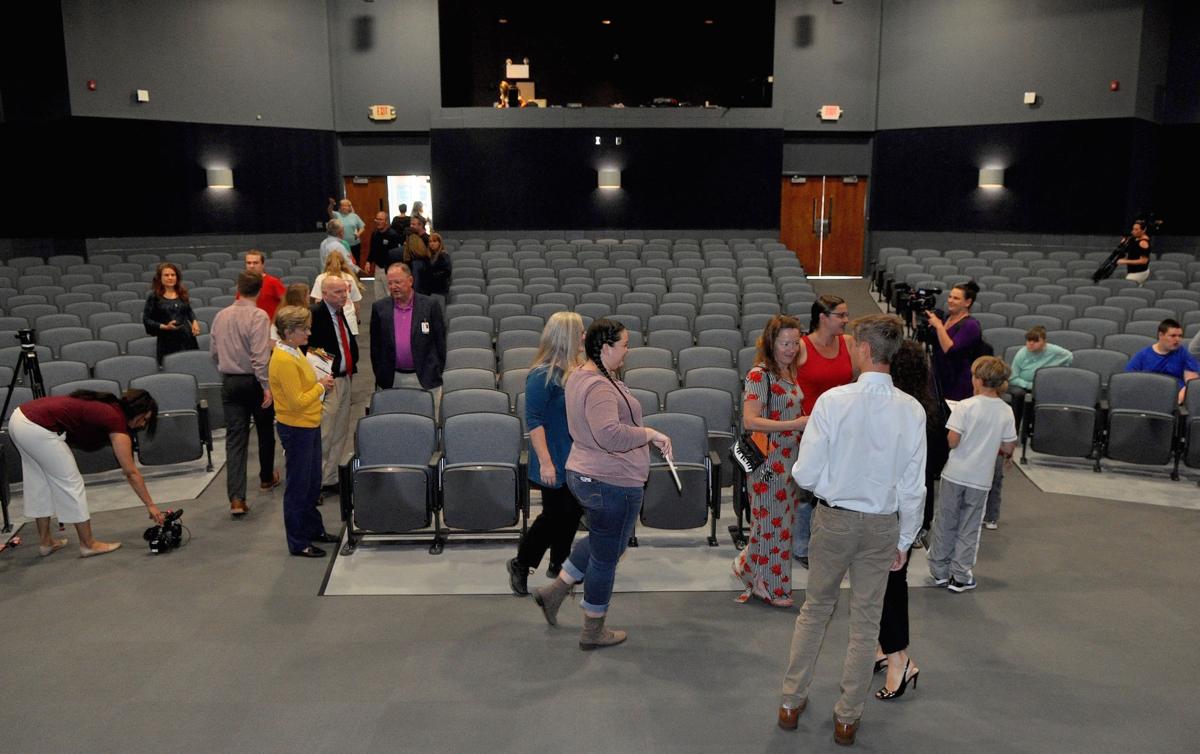 Parents and school officials check out the newly renovated East Carteret High School auditorium Friday during a ribbon-cutting ceremony to celebrate the reopening of the auditorium that was flooded during Hurricane Florence. (Cheryl Burke photo)

Parents and school officials sit in the new seats of the renovated East Carteret High School auditorium Friday during a ribbon-cutting ceremony to celebrate the reopening of the auditorium that was flooded during Hurricane Florence. (Cheryl Burke photo)

Parents and school officials check out the newly renovated East Carteret High School auditorium Friday during a ribbon-cutting ceremony to celebrate the reopening of the auditorium that was flooded during Hurricane Florence. (Cheryl Burke photo)

Thanks to hard work and determination, the newly renovated facility was officially reopened Friday with a ribbon-cutting celebration that showcased the school’s upcoming spring musical.

“It was six months ago today that we came in and saw the devastation that had befallen this facility,” Superintendent Mat Bottoms said during opening remarks in the lobby of the auditorium, named after the late ECHS choral director Ellen Sprinkle Piner. “It’s been a long six months, but today we celebrate a newly renovated facility.”

Board of Education Chairman Travis Day said the reopening of the auditorium brings hope to the school system and community.

“The renovations and reopening of this auditorium is one of many signs that our school system and county are moving forward after the devastating blow Hurricane Florence delivered,” Mr. Day said. “We know we have many families still struggling with repairs and with finding permanent housing, and we empathize with these families.

“As a school system we worked hard to get our schools open as quickly as possible after the hurricane to provide students with a safe, healthy place to be and a sense of normalcy,” he continued.

Mr. Bottoms said what they found in the auditorium following the hurricane was nearly $200,000 worth of damage to carpets, seats, tile floors, the stage, lights and walls. Because the scope of work was so large, the decision was made to completely renovate the 3,000-square-foot facility, built in 1980.

The renovations include 560 new seats, curtains, carpets and floors, lighting upgrades and new walls and paint. The school also added on to the existing stage and made it handicap accessible.

The cost of repairs and renovations was covered by insurance and Federal Emergency Management Agency funds.

It’s been a race to finish renovations in time for the high school’s spring musical, “High School Musical,” which will be presented Thursday-Saturday, March 28-30 and Friday-Saturday, April 5-6.

Following the ribbon cutting, students participating in the musical got a chance to showcase their talents on the newly renovated stage. They performed brief excerpts from the musical to the delight of school officials, parents and others who attended the ceremony.

East Carteret High School junior Qiana Stubbs, who plays one of the lead roles, said she was excited to finally be back on the stage of the auditorium.

“I was devastated when I heard about the damage to the auditorium because I was looking forward to this musical,” she said. “It (the auditorium) looked OK before, but this is absolutely beautiful. It’s gorgeous and I’m excited.”

She added that up until three weeks ago, students had been practicing in classrooms and hallways, making it a challenge to rehearse.

ECHS sophomore Jaylon Ellison, who also has a lead role in the production, agreed it was a challenge to rehearse, but said seeing the renovated auditorium made it worth the hard work.

“I didn’t even know if we would be able to do a musical this year,” he said. “I love the new auditorium. I love the colors and the lighting.”

ECHS Principal Katherine Steele thanked all those who made the renovations possible.

“I can’t tell you how happy I am. This is all about our students, and it took everyone working together to make this happen. I think that’s what Mrs. Piner intended when she was here.”

Ms. Piner’s family, including her husband Bobby, children and grandchildren, attended the ceremony.

Bobby Piner said he was pleased with the renovations and believed his late wife, who taught chorus at the school for 25 years, would have been, too.

“I could see her right now walking in the door. She would totally love this,” Bobby Piner said. “I didn’t really know how badly the auditorium was damaged, but seeing this, it’s a feeling I can’t describe. I don’t think they could have done any better job and I know it took a lot of hard work to make this happen.”

As for the musical, tickets can be purchased by contacting Abi Mason at the high school at 252-728-3514. Reserve seating tickets are $12, with general admission $8. Students can purchase tickets for $6.