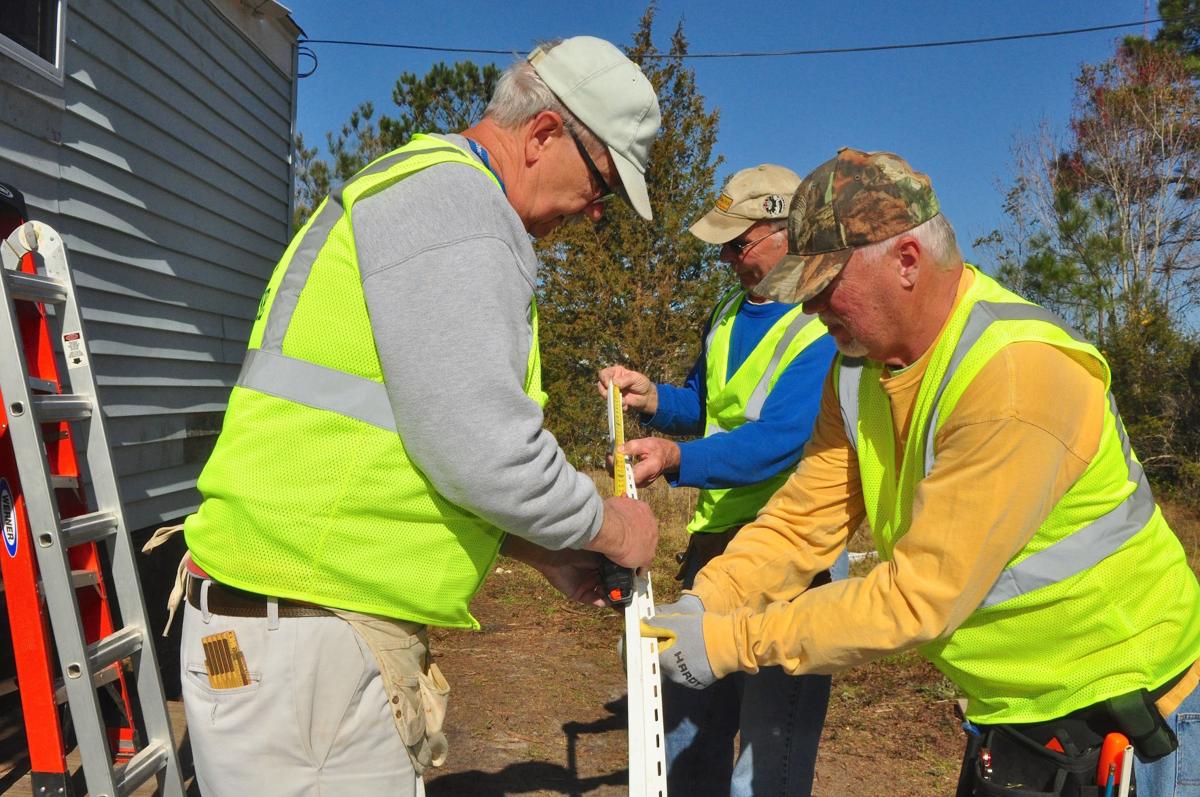 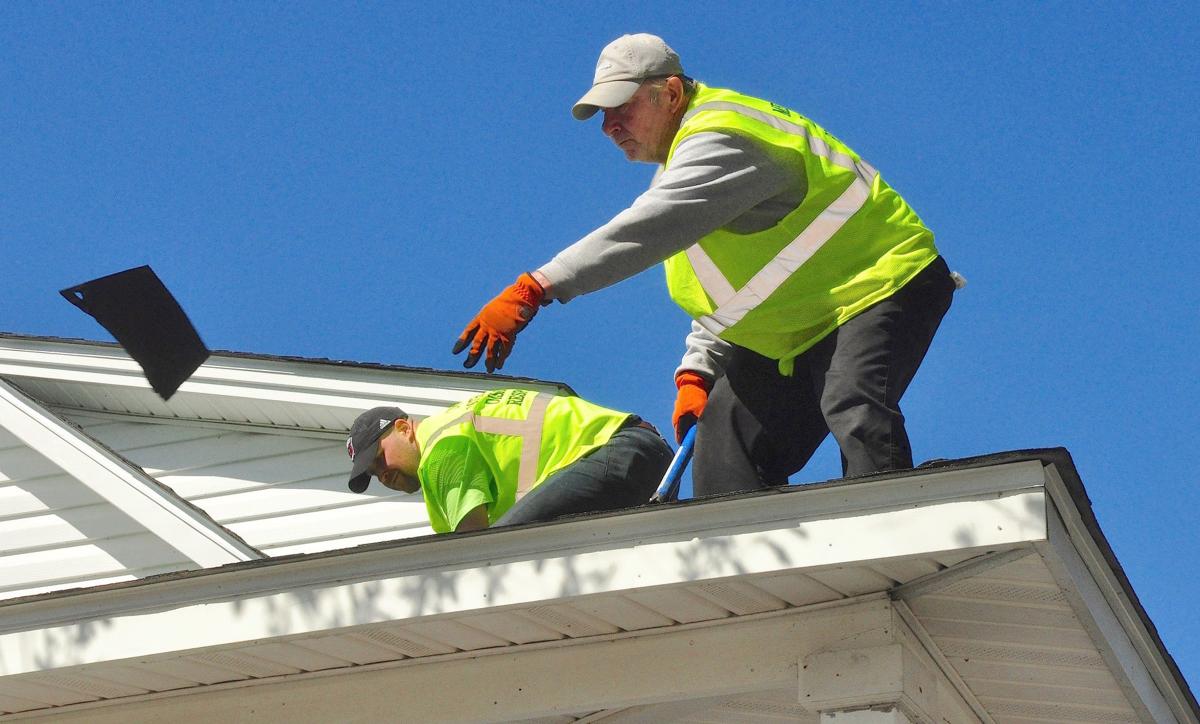 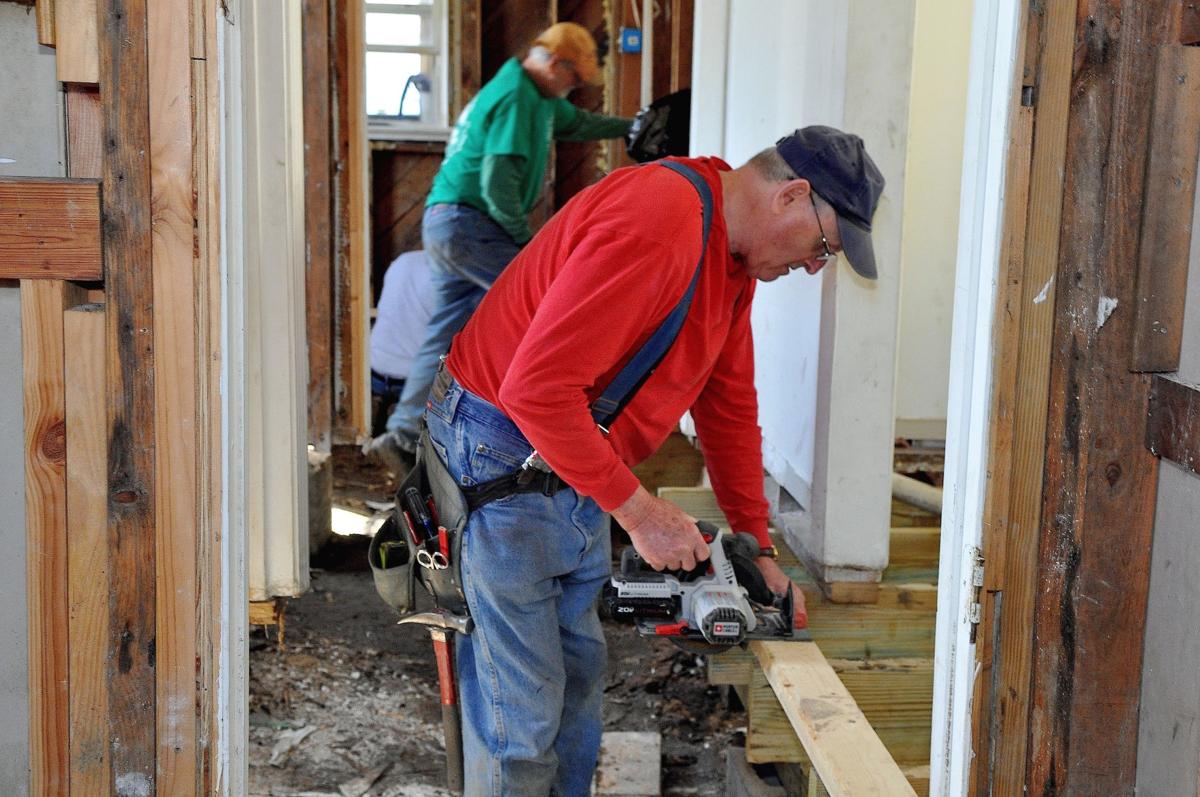 Larry Plotner of Williamsport, Md., joins other volunteers with a United Methodist Church Disaster Response Team to repair a home Thursday in Beaufort that was flooded during Hurricane Florence. (Cheryl Burke photo) 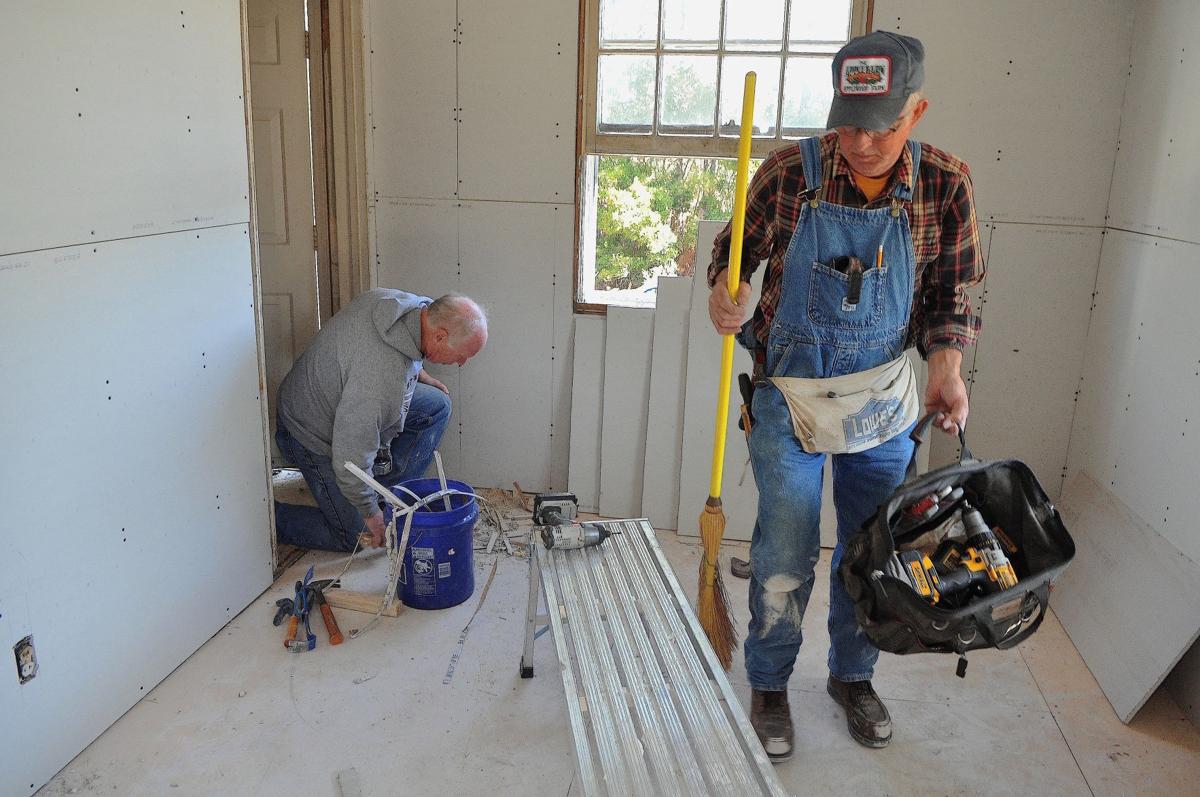 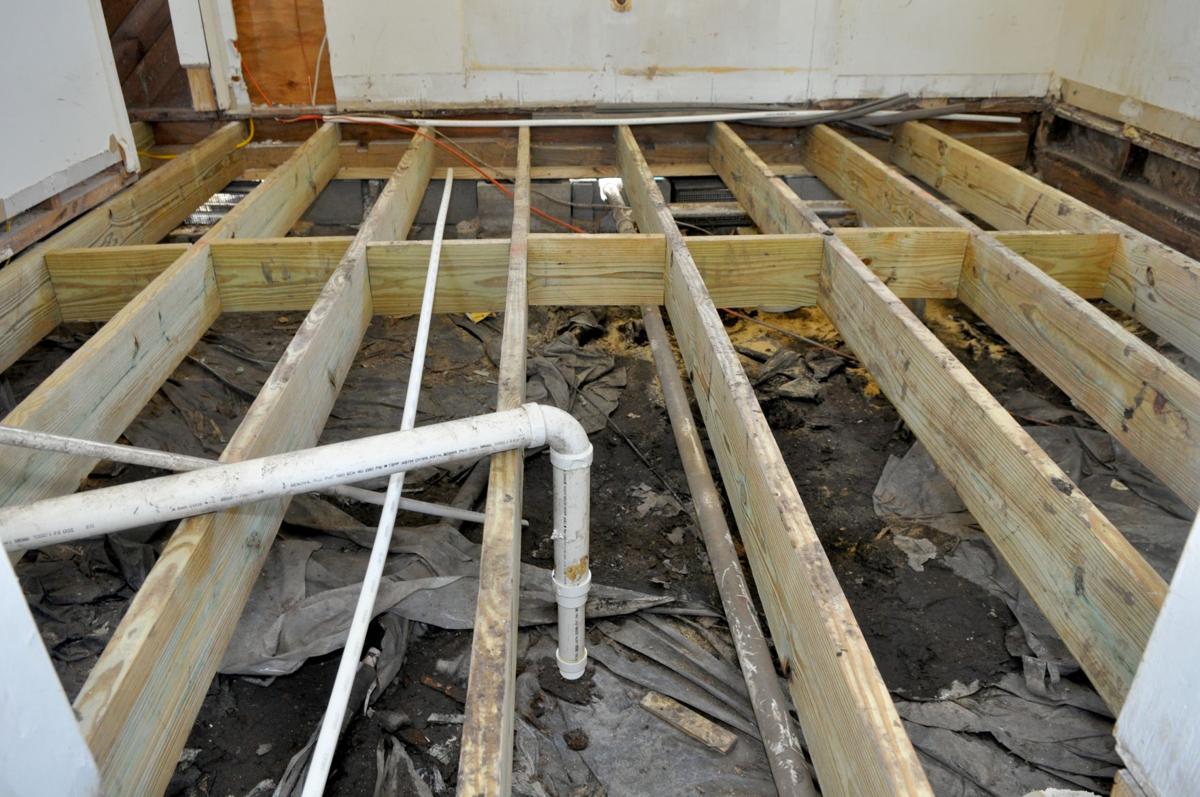 The floor of this home in Beaufort that flooded during Hurricane Florence is gutted Thursday as it awaits repairs from United Methodist Church Disaster Response teams that are visiting the county to repair homes. (Cheryl Burke photo)

Larry Plotner of Williamsport, Md., joins other volunteers with a United Methodist Church Disaster Response Team to repair a home Thursday in Beaufort that was flooded during Hurricane Florence. (Cheryl Burke photo)

The floor of this home in Beaufort that flooded during Hurricane Florence is gutted Thursday as it awaits repairs from United Methodist Church Disaster Response teams that are visiting the county to repair homes. (Cheryl Burke photo)

NEWPORT — From Cedar Island to Newport, more than 70 volunteers were spread out across the county last week repairing homes damaged by Hurricane Florence.

“We have filled right up with volunteers and right now we’re booked through the end of July,” disaster response site supervisor Greg Ehrler said Thursday. “We’ve got another team arriving this afternoon from Raleigh.”

Teams last week were working at 12 sites, doing a variety of repairs, from replacing roofs to completely rebuilding a house from below the floor to rooftop.

Volunteers come from various walks of life, but they all have one thing in common, according to Keith Hoffman of Jonesborough, Tenn., who was working on a house on Hibbs Road in Newport that flooded.

“We’re all here to serve the Lord,” Mr. Hoffman said.

Team member Fred Allison of Blountville, Tenn., added, “We’re called to serve others, and it’s a blessing to serve and do what you enjoy doing.”

Mr. Ehrler said the Hibbs Road homeowner was temporarily staying at a hotel while repairs are made.

Another group from Chesapeake, Va., has been replacing the roof and doing other repairs on the home of Nicole McGuinness, a cancer survivor who lives on Evans Street in Morehead City.

Ms. McGuinness, who has had a brain tumor removed, as well as her thyroid, is waiting for additional treatments. She has dealt with damage to her home in between numerous cancer treatments.

“A tree fell on my roof and I had water come in,” she said Thursday as the Maryland team scraped shingles from her roof, made drywall repairs and replaced doors. “It’s such a humbling experience when you go through a health crisis and people help. It changes your perspective. When people help you like this, it makes you feel extremely grateful. It’s such a blessing.”

Volunteer Alex Frye of Chesapeake City, Md., said he was the one receiving the blessing by helping Ms. McGuinness with repairs.

In Beaufort, volunteers from West Virginia and Maryland were doing a complete remodel on a house on Broad Street that flooded. The entire house, owned by Ruthie Pickney, 83, was gutted after water poured in during Florence, causing black mold to spread throughout the structure.

Ms. Pickney has been living with her daughter while repairs are made.

Klaus Hein, a retired engineer from Keedysville, Md., was among those working on Ms. Pickney’s home. Mr. Hein said he’s been volunteering to do disaster repairs since the fall of 2016, when he worked on homes in Windsor that were damaged during Hurricane Matthew.

“The scriptures say we should love our neighbors as ourselves. These are my neighbors, they’re just a little farther away,” Mr. Hein said. “We have so many blessings and have a lot to be thankful for and we need to share with others.”

Disaster response case manager Rose Tankard said she continues to receive applications for assistance, with about 130 worksites on the waiting list.

“We’ve gotten six new applications so far this week,” Ms. Tankard said Thursday. “They originally told us to plan on being here for two years, but now they’re saying it may be closer to three.”

Mr. Ehrler said the group has helped about 250 families so far.

Those who need assistance with repairs or want to volunteer to work on homes can contact the UMC Disaster Response number at 1-888-440-9167.

Good group along with several others that went around helping people re-build after the storms. Saw lots of people helping one another but also saw my share of people that used their insurance claim money for personal use and taking advantage of charity groups to fix their homes for free. Am not sure as to who is worse, the person taking advantage of charity groups or the rich ocean front home owners using our tax dollars to repair their private ocean front beaches by means of FEMA grants. .